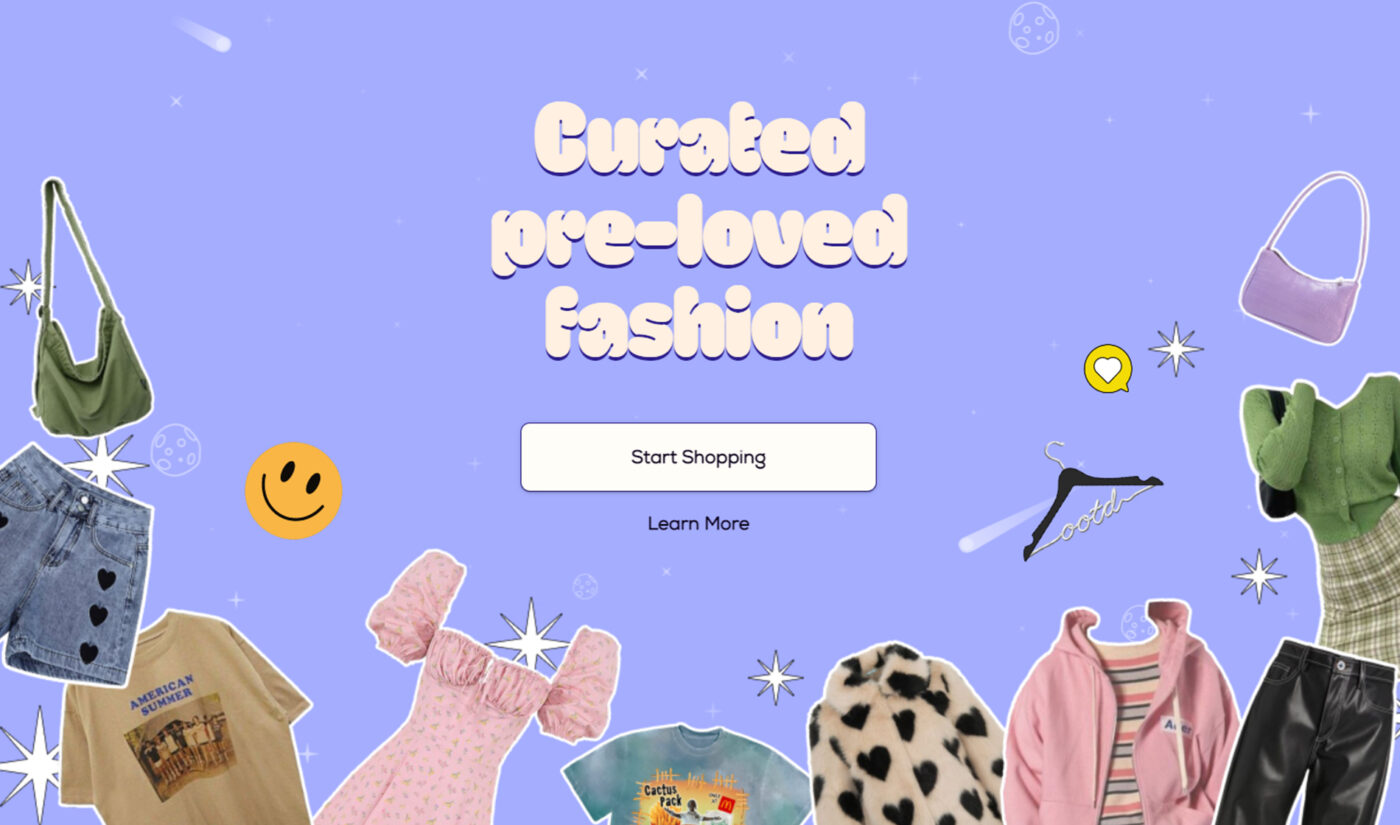 Live shopping is a multibillion-dollar industry in China—and although it’s been slower to catch on the U.S., more and more social media companies are getting into it.

Snapchat’s parent company recently contributed to a $7 million raise by Galaxy, which launched in 2021 and is billed as “a fashion resale marketplace that offers vintage, handmade, and upcycled clothing, through live video.”

Danny Quick, one of Galaxy’s co-founders, told Forbes his company distinguishes itself from competitors (think Poshmark or even eBay) because it’s “not based on ‘go and search what you want.’” Instead, he said, “it’s more akin to a small pop-up that is happening online that you can join without leaving your bedroom.”

It’s pop-up-esque because when vendors have something they want to sell, they’re supposed to go live on Galaxy’s platform and host a real-time shopping stream.

“Galaxy tries to make second-hand fashion more human, so you can buy something online face-to-face with the [seller] who tells you why it’s cool and special,” Quick said. “With these livestreams, we want to help build trust between the creators and their communities.”

To be clear, Galaxy does have static shops like other digital marketplaces; it’s not like people can’t buy something from a seller if that seller isn’t livestreaming. But Galaxy uses things like how-to-boost-your-sales-by-livestreaming YouTube videos and in-stream giveaways to encourage sellers to go live, and buyers to tune in.

The funding round Snap participated in was Galaxy’s second raise, after a seed round in 2019. Alongside Snap, participants included RGH Capital, Homebrew, Floodgate, and Banana Capital. How much Galaxy has raised to date isn’t publicly disclosed.

According to Inside Retail, Galaxy plans to use the $7 million to build out its machine learning system, which takes a buyer’s preferences and recommends them individual items, full outfits, and stores. It’ll also be used for marketing and to bring in new sellers.