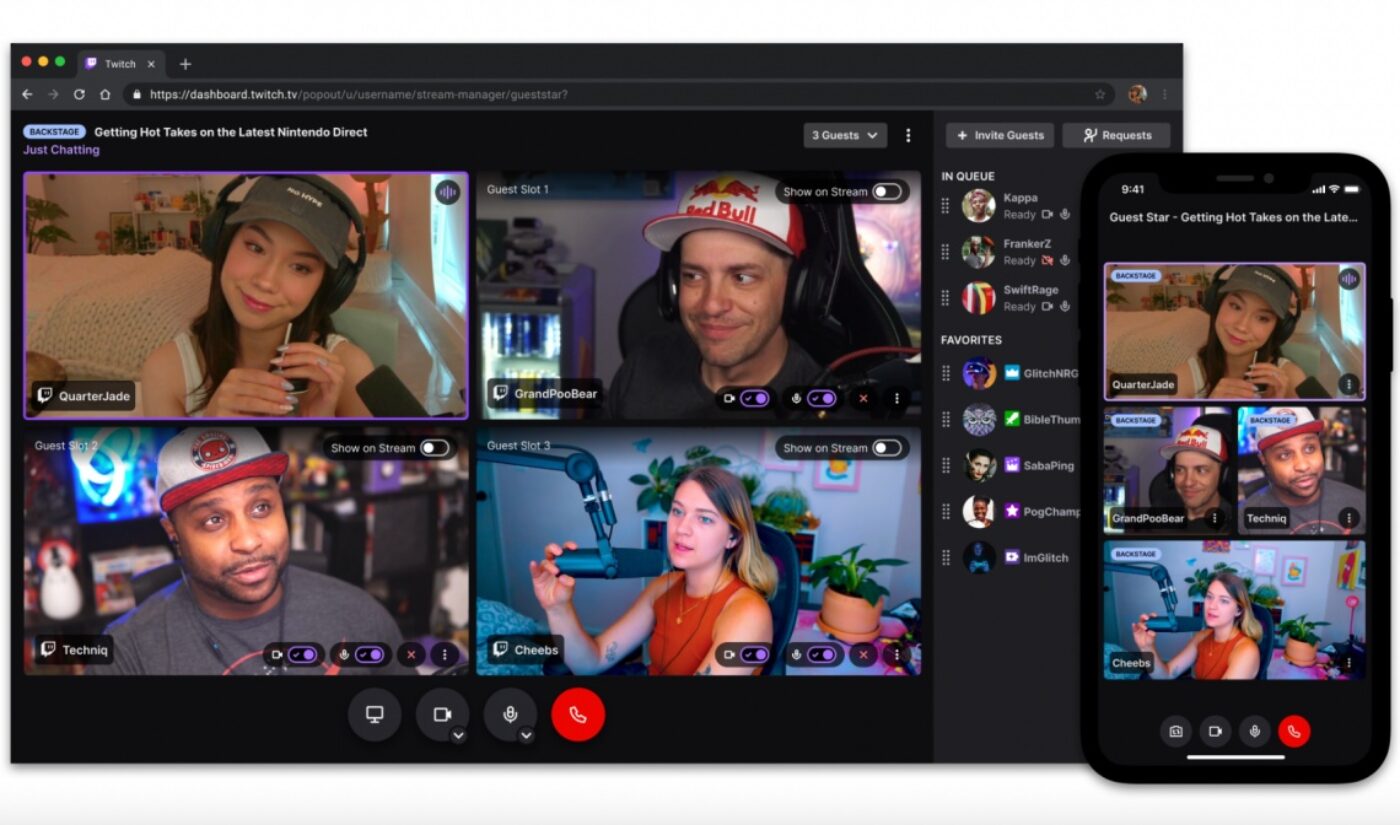 Hanging out with your friends on Twitch is about to get a whole lot easier.

The live video platform has revealed a feature called Guest Star, which lets its users invite other on-screen personalities to join them on screen. Each creator can host up to five Guest Stars at a time, and invitees can join in from either desktop or mobile devices.

Invited guests’ faces are displayed via a Zoom-like interface, which doesn’t leave much space for gameplay footage. For that reason, the Guest Star feature is tailored to Twitch’s Just Chatting community, where live conversations between creators are common. Twitch is working with a “small group of hand-selected creators” to launch the new tool, and an initial testing phase will be used to tweak Guest Star before it goes live for the masses “later this year.”

As it selects its initial Guest Star users, Twitch will have a lot of creators to choose from, since the Just Chatting category has grown considerably over the past two years. Its viewership and the creator revenue it generates have doubled over that period. At the same time, some of the biggest Just Chatting stars — Ludwig Ahgren, specifically — have left Twitch to sign exclusive streaming contracts with YouTube Gaming.

Twitch hopes that the ability to invite guests onto streams will bring the members of its Just Chatting community together. “From a creator-to-creator standpoint, we [view] this as a great opportunity for creators to collaborate together,” Twitch Senior Product Manager Christopher Miles told TechCrunch. In a press release, Twitch noted game shows, advice shows, and sports talk shows as three program types that can utilize Guest Stars. The feature will also enable face-to-face interactions between streamers and their fans.

Third-party tools already allow guests to appear on screen, but Twitch is pitching its first-party option as a safer alternative. Creators will be able to vet Guest Stars before inviting them on, and an unruly visitor can be kicked off with a single click.

As Twitch looks to unite its chattiest community members, it is wise to keep security in mind. Another Twitch feature, Raids, was designed as a way for like-minded streamers to connect with one another. Instead, it was abused by bad actors, who used it to target and harass marginalized creators. These “hate raids” became such an issue that thousands of users temporarily left the platform in protest. Twitch then announced updates to Raids, and based on its latest developments, it seems to be keeping safety in mind.