Here are some of the best booths, activations, and lounges we saw at VidCon this year 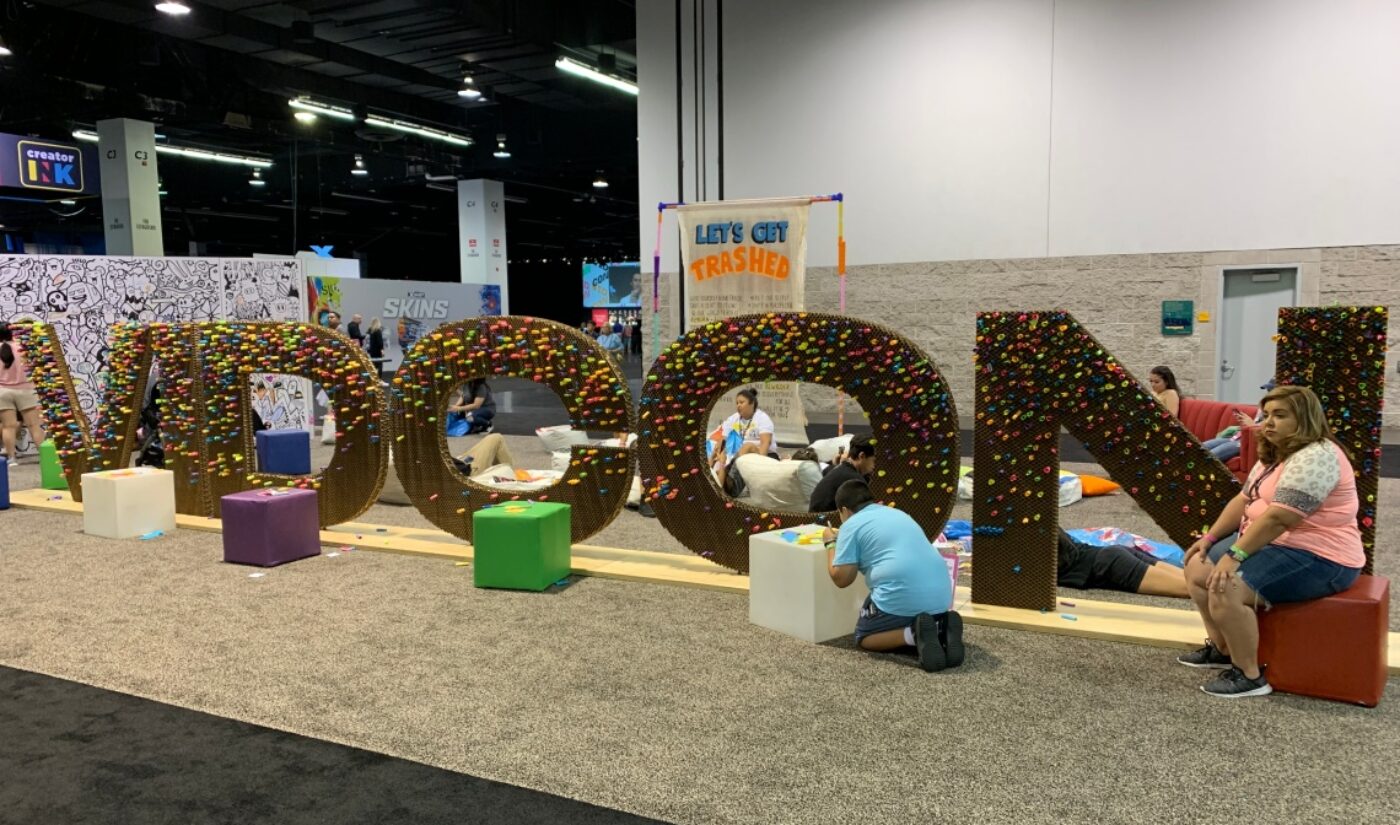 VidCon reassumed its usual in-person format in 2022 after three years of COVID-related setbacks. The return to the IRL experience raised some questions: Would brands roll out the same sort of eye-popping installations that had graced previous VidCons? Would they provide Community Track attendees with a more subdued experience? How would companies that have grown since 2019 express their new identities?

These questions could only be answered on the convention floor. After spending a few hours exploring booths, activations, and lounges, I picked out a few that deserve special recognition. Here, split across seven categories, are the superlative installations I witnessed at VidCon this year. 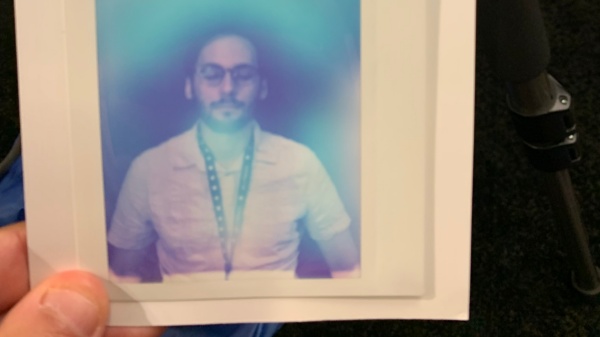 Spotify’s creator-centric activity has ramped up considerably since 2019, so it made sense for the audio platform to expand its VidCon presence this year. Spotify appealed to Gen Z’s love of astrology and occult vibes by setting up both an “audio tarot” station and a photobooth that revealed visitors’ colorful auras. A lot of convention swag is easily replaceable, but Spotify gave me two lovely gifts: Playlists based on my blue aura and the results of my tarot reading. Good on them for going in an unusual direction while staying true to the musical nature of their brand. 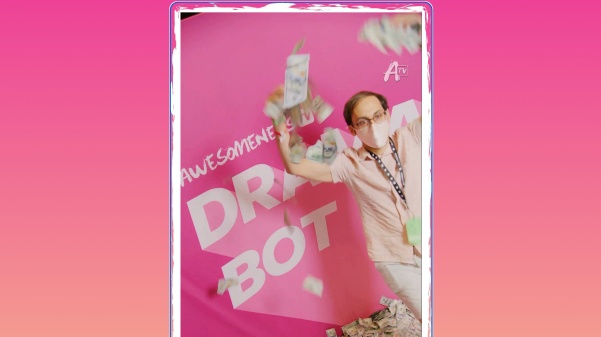 Sometimes, the best piece of VidCon swag isn’t anything you can hold in your hand. In an era when many brands opt for polished, highly-curated looks, I appreciate that AwesomenessTV littered the floor with dollar bills and encouraged me to express my inner drama queen. The teen-focused studio (which, like VidCon itself, is now under the Paramount umbrella) knows that the internet can be a silly place sometimes. I fully admit this is a ridiculous video, but I will treasure it all the same. 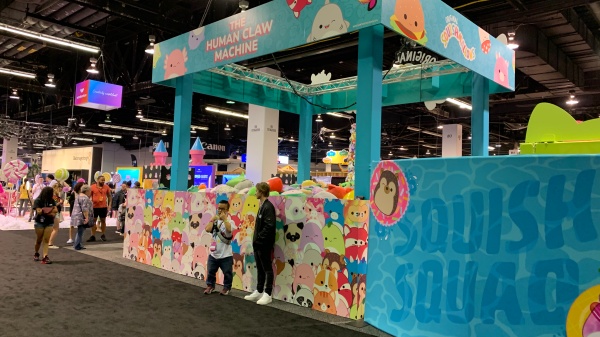 Squishmallows, a line of round plush toys, broke out in 2020 thanks in part to TikTok, placed an unforgettable installation near the entrance to the convention floor. The brand’s owner, Jazwares, erected a human-size claw machine, which allowed attendees to rappel down from the ceiling to grab a Squishmallows toy from a large bin. If you’ve ever wanted to feel like a jewel thief in the midst of a diamond heist, this was definitely the VidCon event for you. 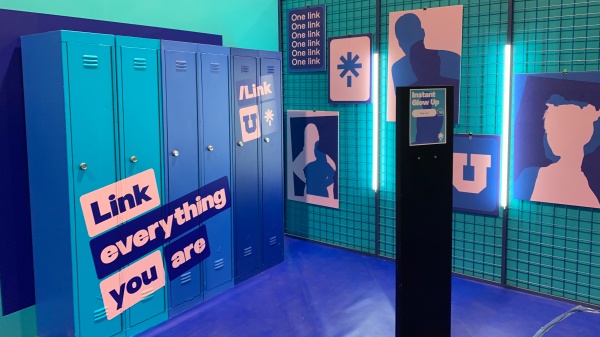 Two weeks before the start of VidCon, link-in-bio company Linktree announced a brand refresh, which included a new font called Link Sans and a renewed focus on connectivity. The company’s VidCon booth showed off its sharp new look by walking visitors through a colorful high school set. A Linktree employee stationed at the both told me that the use of silhouettes in the booth’s imagery represented the company’s ability to represent multiple aspects of a creator’s self-identity through a single link. I will applaud any exhibitor that uses a visual metaphor to represent its product. 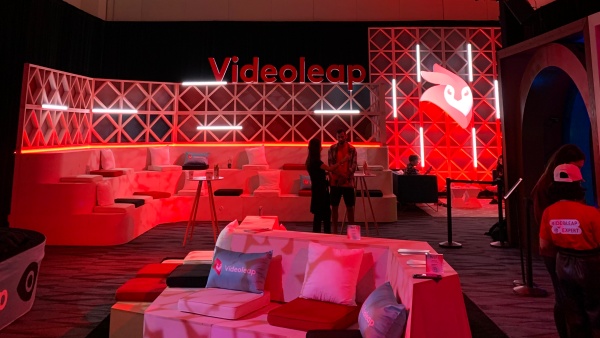 Lightricks, the creator of the popular app Facetune, gave tired creators a relaxing space while also promoting one of its products. VideoLeap lets users create “templates,” which can then be repurposed by creators across the platform. Three of those templates were on display in the VideoLeap Creator Lounge, which was equal parts cozy and inspiring. Whether you were looking to shoot a video or take it easy, Lightricks had you covered. That’s the dichotomy a good convention lounge should offer. 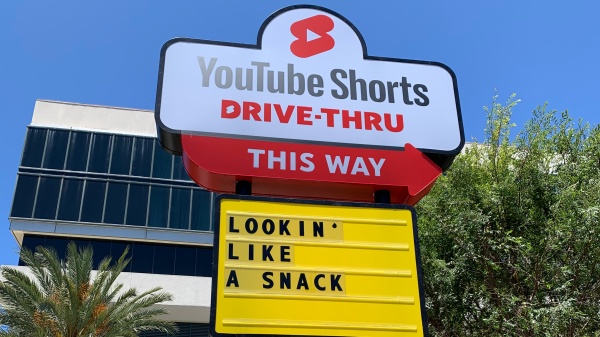 Traditionally, YouTube hasn’t been the most active VidCon exhibitor, but the platform went all out in 2022 to promote its short-form platform. At a large outdoor “drive-thru,” YouTube let fans nosh on some snacks inspired by YouTube Shorts stars. For the MrBeast fans in attendance, a massive gumball machine dispensed Feastables candy bars. As someone with dietary, I want to give YouTube a special shoutout for including multiple gluten-free, dairy-free, and vegan bites on its menu. 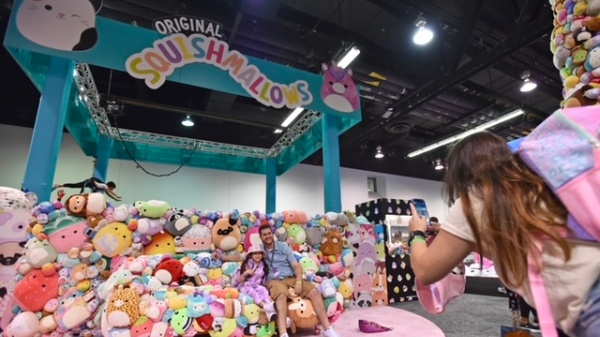 Admittedly, I didn’t get to try the human claw machine for myself, because the Squishmallows installation was just too popular. Not only did it draw a long queue, but it was also the talk of the convention. At panels, in lounges, and on the floor, attendees asked one another if they’d had a chance to try the claw yet. The experience brought together fun-loving kids, adoring parents, and Millennials who never got their shot at Nickelodeon’s GUTS (that’s me). That sort of connection is what VidCon is all about.