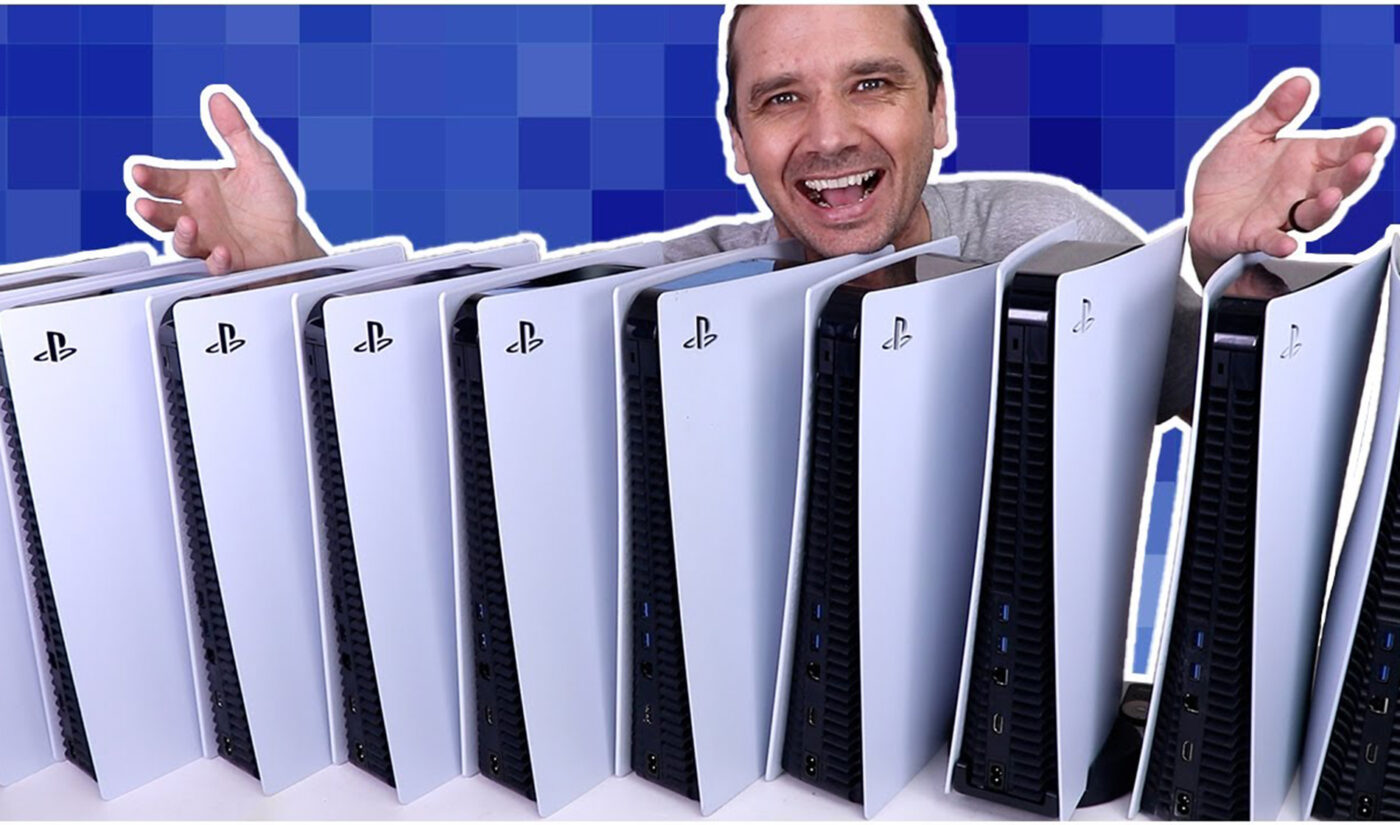 And since he just hit one million subscribers on YouTube, it’s clear people love to watch him do it.

Porter, like many people we’ve featured for this column, didn’t set out to make YouTube his full-time job. He’s an automotive tech by training, and he’d launched an electronics repair shop called TronicsFix out of his garage that focused mostly on gaming consoles. But, as he puts it, he’s always looking for ways to make money–so he was curious if he could parlay the repair jobs he was already doing into a YouTube side hustle.

Turns out he could. Porter launched his channel in 2015, uploading videos that focused mainly on PlayStation repairs. His second-ever video, where he troubleshoots a PlayStation 4, ended up taking off (today it has more than 7 million views), so he made another PlayStation-focused video. Then another. And another. Soon, he says, his “side hustle” was growing so quickly he found himself having to choose between keeping his repair business and going full-time on YouTube.

Tubefilter: How does it feel to hit one million subscribers? Do you have anything to say to your viewers?

Steve Porter: Hitting one million subscribers is amazing! It means everything and nothing all at the same time. It feels incredible to know that a million people have given positive feedback for what I’m doing. At the same time, it’s just a number and I never want to feel like I’ve “arrived” or I know what I’m doing and can get complacent with my content. I’m trying to always look forward and think how I can get the next million, how I can make better, more meaningful content. My mindset is, if I’ve gotten this far, let’s see how much further I can get.

Tubefilter: Tell us a little about you! Where are you from? What’s your educational/career background? How did you end up opening TronicsFix?

SP: I’m from a small ranching town in Oregon. That’s where I started fixing things and I’ve just never stopped. I have a two-year degree in Automotive Technology and I held various jobs before I started my own repair business. I didn’t start out thinking I’d build a YouTube business. I started an electronics repair business out of my garage while being a stay-at-home dad.

The business grew out of my garage and (me having a business mindset) I thought I’d make a YouTube video about how I repair PS4s (the new console at the time). That video did well (currently 76,000 views) so I made another and it did pretty well too (currently 1.3 million views). And that was that. My repair business grew, but my YouTube business grew faster. Eventually I had to pick one, and I picked YouTube. YouTube (and now Facebook) has been my full-time income for several years now.

Tubefilter: When did creating YouTube videos become part of your business? Why did you start making videos, and why did you choose YouTube as the place to upload them?

SP: I started making videos just because I’m always looking for ways to make money. My repair business at the time was successful, but I recognized that I was trading time for money. I was the bottleneck in the business since I could only do so many repairs, BUT if I made videos about repairs, I could make the video once and that video would just keep making money over time.

I’m talking a lot about money here, but even more important is the impact I can have and have had on people who want to learn more about repair. That’s the most important part to me. I love being able to make a living doing this, but seeing all the comments from people who have tried fixing something because they were inspired by one of my videos is an amazing feeling.

Oh, and I chose YouTube because it was by far the best option for reaching an audience.

SP: YouTube has changed everything for me. I get to make videos about topics that I care about for people who want to learn how to do what I do (and a lot of people who just like the entertainment), AND I get paid really well to do it. I can’t think of too many jobs out there that would be better.

Tubefilter: How do you come up with ideas for videos? Do you think of something to fix first—like, “Hey maybe I’ll buy a broken PS5 and see if I can rehab it?”–or do you tend to come across things to fix and then turn them into a video idea?

SP: The average day is me getting to my studio around 8 a.m. and catching up on emails, checking YouTube and Facebook comments, working on the business side of things. If it’s a filming day (I usually film several times per week) then I usually film in the afternoon for several hours. Sometimes I’m filming a video, other times I’m filming an ad for a sponsor.

Tubefilter: Who else is on the TronicsFix team?

SP: We have a team of six—three employees and three contractors.

I film the videos and manage the business and YouTube channel. My editor edits the videos and talks over editing and video ideas with me. My wife takes YouTube videos and edits them for Facebook, and she manages our Facebook presence. My son works various roles in the business. We have one local contractor who I’ll ask to test/repair items for me if I get too busy. We also have a contract CPA/bookkeeper.

Tubefilter: Obviously your channel has been growing quite a bit—do you know if there were any specific videos or series that took off and drew in a lot of views/subscribers? Or has there just been gradual, steady growth?

SP: I had gradual, steady growth for several years, but I have one series that has grown the channel immensely the last few years. The series where I buy a large lot of broken electronics and try to fix them on camera has been a huge driver of subs and views. My series where I buy and review refurbished consoles from places like Wish and GameStop has also been a large driver of growth.

Tubefilter: Do you have any plans for TronicsFix over the next six months or so? Anything cool planned?

SP: I’m planning to start doing more livestreaming as well as becoming more active on TikTok. I’ve got some other plans as well, but I’m not sure how or if they’ll happen. If they do, it will be some major (good) changes. None of these plans change what I’m going to be doing, though. I’ll always be making more repair videos on a regular schedule.