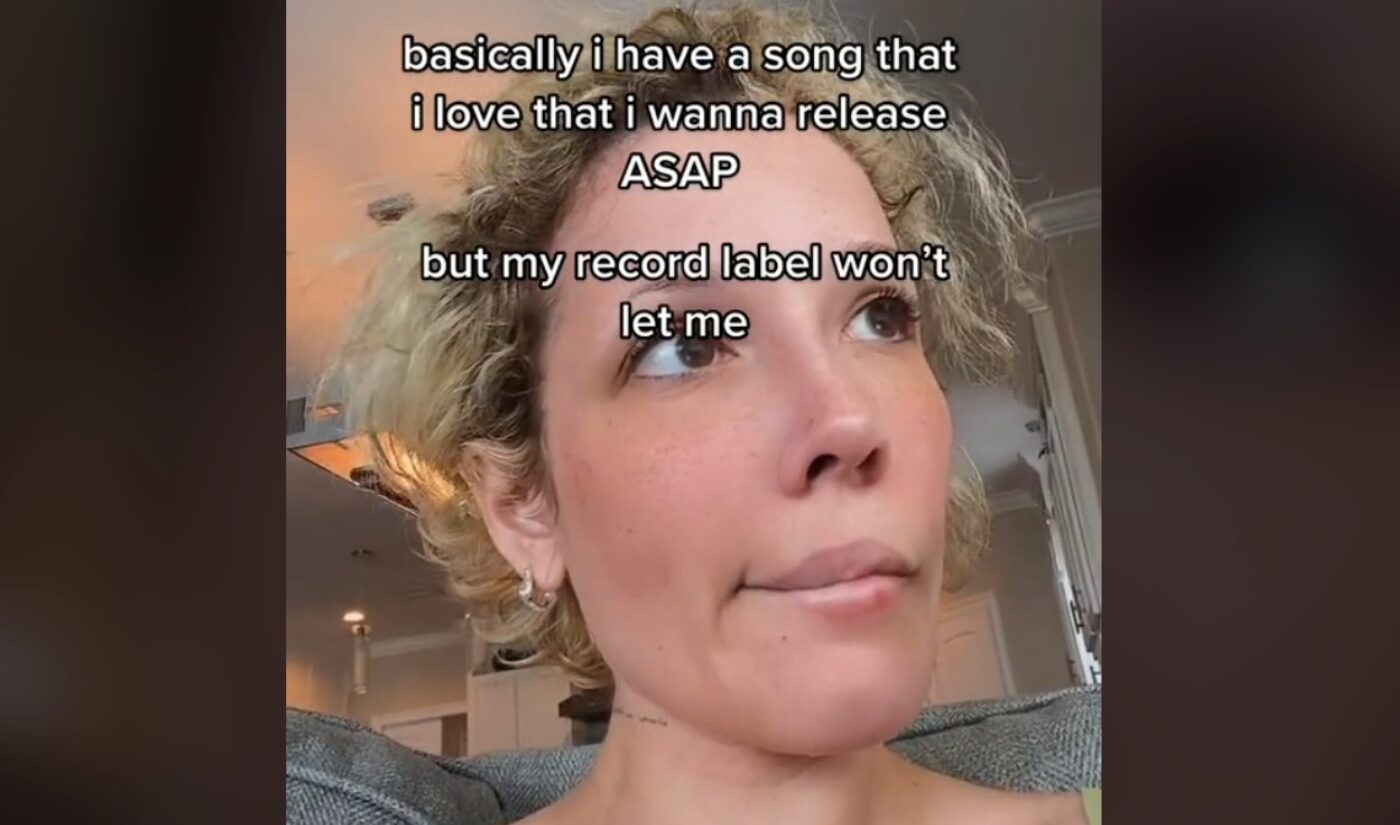 On May 22, singer/songwriter Halsey shared a new video on their TikTok page. In the video, the 27-year-old artist (who uses both ‘she’ and ‘they’ pronouns) said that she has “a song that I love that I want to release ASAP.” The problem, as Halsey tells it, is that their label isn’t willing to release the song unless she is willing to “fake a viral moment on TikTok.”

In tweets she released a day after posting the combative TikTok, Halsey clarified the situation between them and their label. She said the song has been completed for about a month, but its owners refuse to endow it with a release date if it doesn’t “reach some imaginary goalpost of views or virality.” In replies to fans, Halsey clarified that their label was looking for six videos promoting the new single. On TikTok, she shared a snippet of the negotiations with the powers that be, and she doesn’t look too enthused.

So what does the label have to say about all this? Variety reached out to a rep from Astralwerks-Capitol, who stated that “our belief in Halsey as a singular and important artist is total and unwavering. We can’t wait for the world to hear their brilliant new music.” In a tweet, Halsey noted that she is no longer repped by Astralwerks, having been “upstreamed” to Capitol.

The most interesting part of this whole saga is the success of Halsey’s original TikTok. It now has the second-most views among all the videos on their TikTok page, and with more than eight million views, the clip could certainly be called viral. This irony is becoming more prevalent in the music industry. As labels become more enamored with TikTok and its influence over pop culture, musicians get big viewership when they gripe about that trend, and that only makes TikTok seem more potent to the hype-hungry execs. According to Jezebel, artists who have put themselves in a similar position as Halsey include FKA twigs, Ed Sheeran, and Maggie Rogers.

This leads us to the ultimate question: Did Halsey intentionally engineer viral complaint videos to secure a release date for their new song? Given their candor on social media, that theory seems unlikely. At the very least, this dust-up shows that TikTok’s influence is impossible to avoid, even if you try to call it out by name.