Feeling peckish while watching Twitch? Hop over to Jack in the Box’s virtual drive-thru. 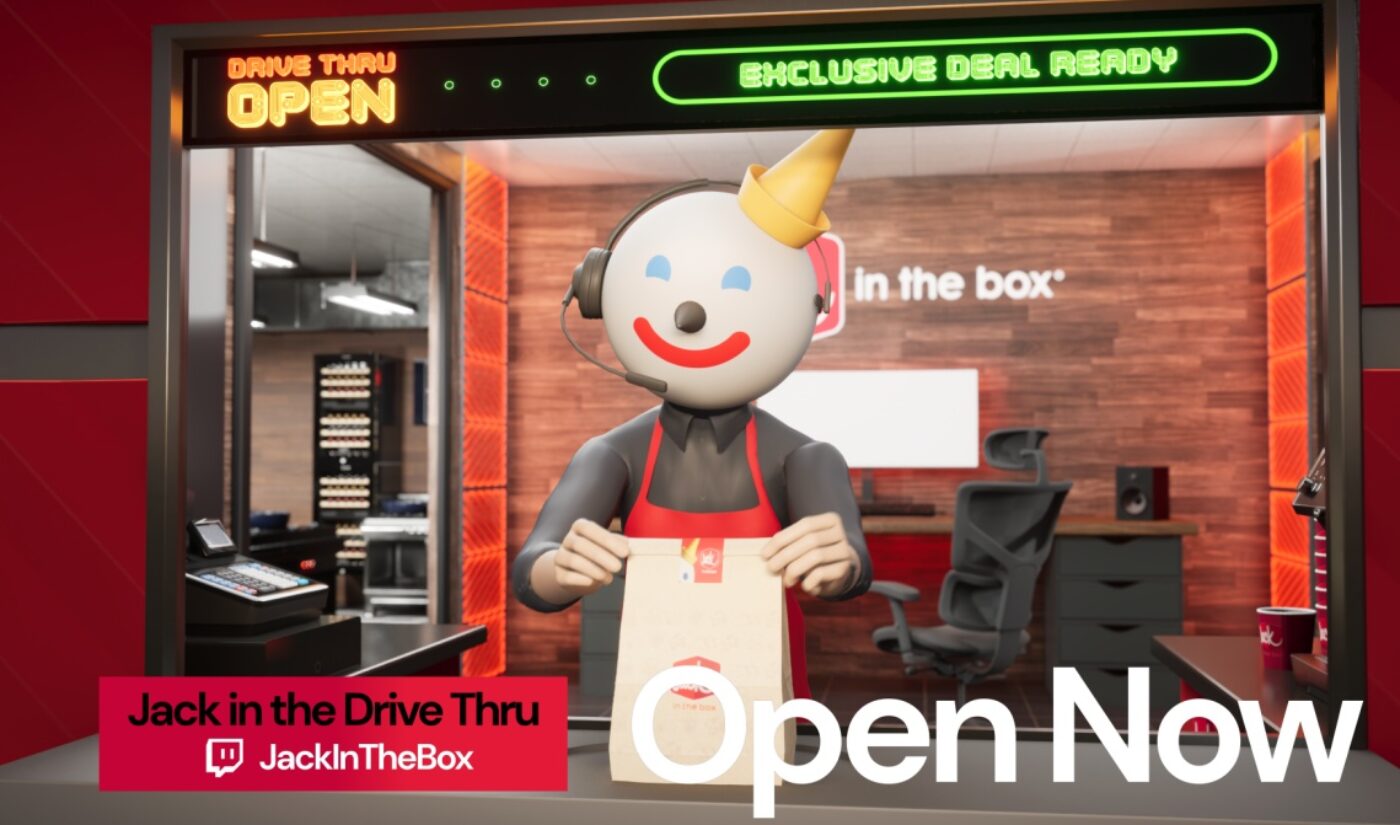 If you like to order your food via the internet or order food delivered by internet stars, there’s a new dining concept that might sate your rumbling tummy. Fast food brand Jack in the Box has launched a virtual “drive-thru” that will deliver deals and giveaways to viewers who stop by the chain’s official Twitch channel.

San Diego-based Jack in the Box launched the drive-thru campaign on May 10, and it is expected to be open for a week. During that seven-day period, visitors to the Jack in the Box Twitch channel are greeted by an animated version of the chain’s round-headed mascot, who strolls up to a virtual window and takes “orders” from the arriving “customers.” In this case, order refers to a QR code that can be scanned to unlock various savings. Entering the code ‘GAMER’ while checking out on the Jack in the Box app will add two of the restaurant’s fabled tacos to your order for free.

“We’re excited to launch Jack in the drive-thru and bring a new dimension of 24/7 access to our gaming customers,” said Jack in the Box Senior Manager of Social Media and PR Morgan Higgins in a statement. “Our vision is to turn our channel into the first destination for viewers on Twitch before they tune into their favorite streams and channels. Name a better pair than some Twitch content and our iconic two tacos!”

In the real world, a drive-thru is a liminal space that provides food to people who are on their way to somewhere else, and Jack in the Box’s Twitch stream is intended to perform a similar function. While you wait for the mascot to deliver your QR code, links to various Twitch streams pop up in the chatbox. So once you have your free tacos in hand, you can check out GracefulSwan, Ashmonster, or bbreadman while you eat.

The virtual drive-thru was developed by Jack in the Box in collaboration with Zoned Gaming. While other activations seek to tie brands to top creators, this one attempts to reward streamers who possess “loyal communities,” according to Zoned Gaming Account Director Chris Toussaint. That strategy builds on Jack in the Box’s previous promotions, which have included gifted subscriptions for up-and-coming streamers.