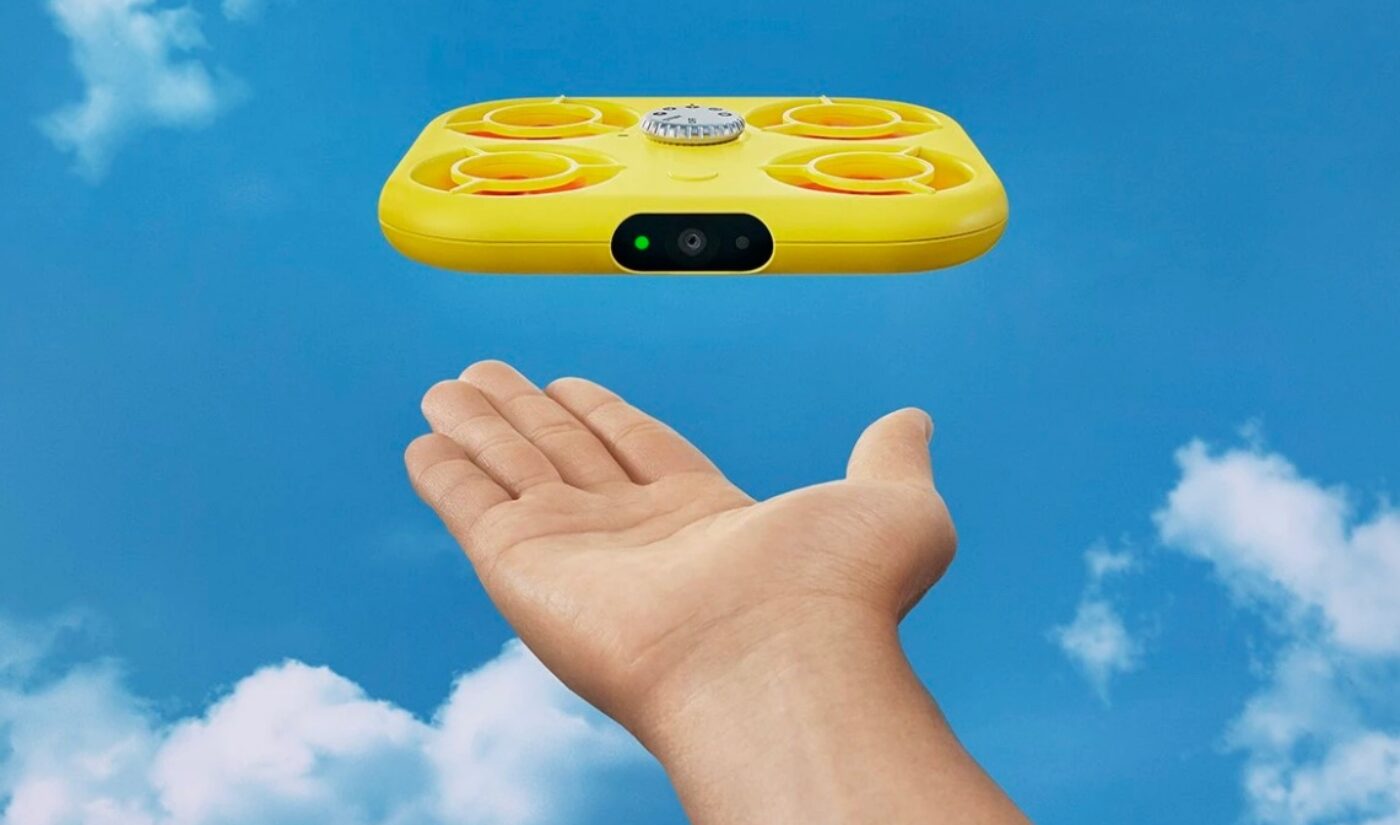 After weathering a “challenging” first quarter filled with iOS privacy changes and fierce short-form competition, Snap is reaching for the sky. At this year’s Snap Partner Summit, the app revealed a flying camera called Pixy while also sharing up-to-date user and engagement numbers.

At its essence, Pixy is a drone camera that is fully automated and serves as “a companion to Snapchat,” according to an introductory post from the company. By pressing a button, users can send their Pixy camera off on one of four preset flight paths. After completing its journey, the small, lightweight device lands in the palm of its owner’s hand and uploads its footage to their Snapchat Memories. Pixy is initially available in the U.S. and France and retails for $230.

Snap is marketing Pixy as straightforward and easy-to-use, especially when compared to drones that require manual operation in order to fly. This simplicity has been a theme of Snap’s efforts in the consumer tech space. The company’s wearable Spectacles, first launched in 2016, feature a clean look and a flexible user interface. The latest generation of Spectacles was revealed last year.

Of course, Snap is not all about hardware, and its namesake app is looking pretty healthy. At the Partner Summit, CEO Evan Spiegel said that his company now counts 600 million monthly users and 330 million daily active users. Those users are employing several of Snap’s signature tools, including its TikTok competitor Spotlight and its augmented reality Lenses. According to Snap, two-thirds of Spotlight submissions utilize Lenses. (It should be noted that some Spotlight Challenges require submitters to incorporate specific Lenses.)

Even outside of Snap’s short-form hub, augmented reality has a lot of potential. The company said that its Lenses have been viewed more than five trillion times, and 250 million Snapchatters have used augmented reality as a home shopping aid. Soon, Lenses will come to the world of live music, too: At its Creator Summit, Snap announced a partnership with Live Nation that will use AR to transform popular festivals like Lollapalooza and Governor’s Ball.

The theme of this year’s Snap Creator Summit was Back To Reality (get it?) If you missed it, you can find a VOD version of it on its official website. And if you’re eager to tune into Snap’s next public-facing event, you won’t have to wait long. The company will pitch to advertisers during the NewFronts and is scheduled for a presentation on May 3.