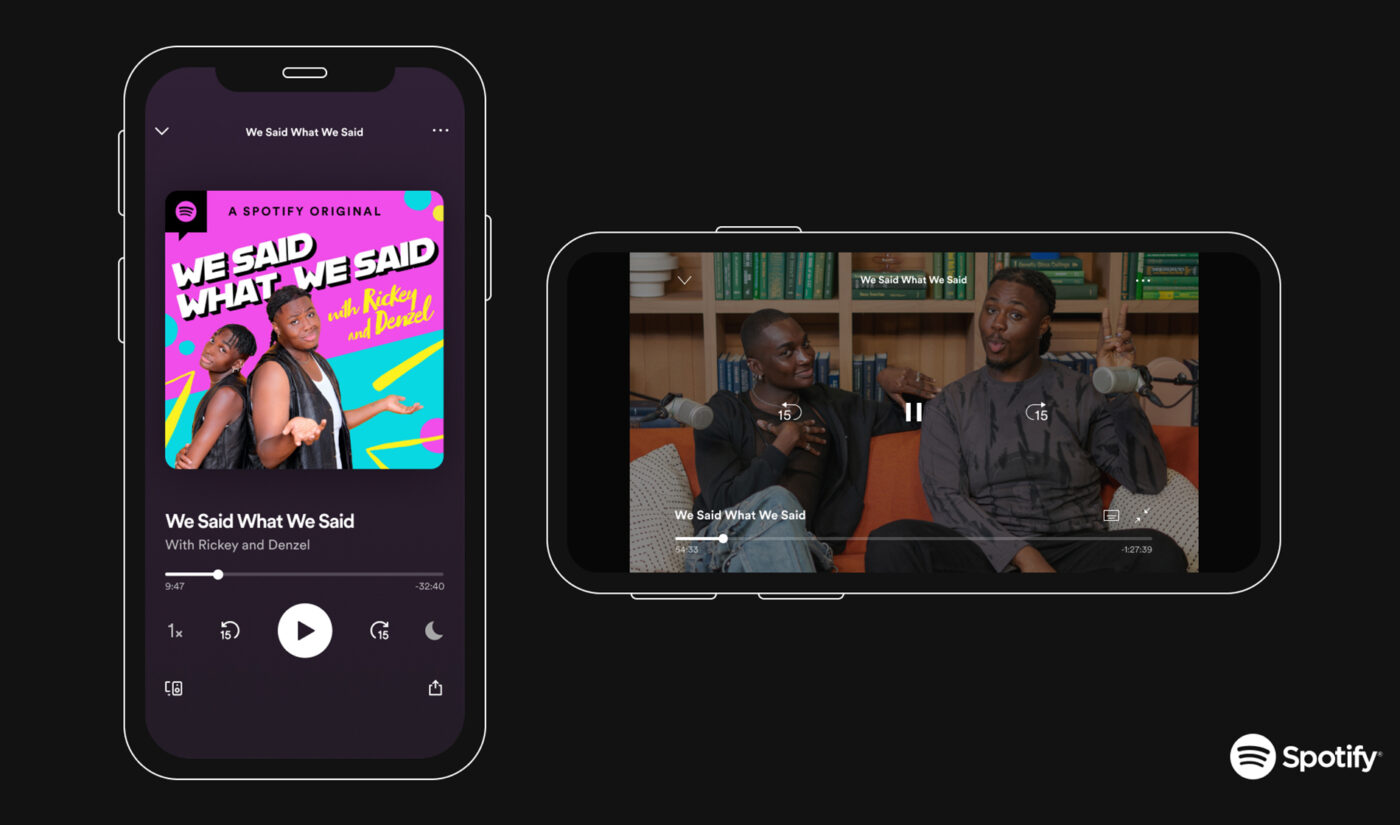 Why just listen to podcasts when you can watch them, too?

Spotify has been steadily investing in the idea that its users will be interested in podcasts paired with video content. It spent a lot—probably too much—on taking The Joe Rogan Experience from YouTube to its platform. It tapped established YouTubers like Ethan and Hila Klein, Zane Hijazi, and Heath Hussar to either put already-released video content from their shows on its platform or, in the case of Hijazi and Hussar, to start publishing exclusive video versions of their episodes on Spotify.

For the last couple of years, that’s how it’s been: Spotify has exclusively controlled who gets to publish video podcasts.

But last October, it said that would change. And today, it’s making good on its promise.

Starting today, all creators in the U.S., Canada, U.K., New Zealand, and Australia will be able to upload their own video podcasts to Spotify through its distribution partner/subsidiary company Anchor.

Spotify says it’s leaning into video because when viewers can see podcast hosts, that “allow[s] creators to connect with their audiences in a much deeper way.”

In tandem with opening access, Spotify announced it’s rolling out monetization for video podcasts—specifically subscriptions, which it launched for audio shows last year and through which it will give creators 100% of revenue until the end of this year. (Starting in 2023, it’ll take a 5% cut of subscription fees.)

Other features announced today include a partnership with remote recording platform Riverside, which will let creators “record and publish video content for free […] with a quick distribution path to Spotify via Anchor,” Spotify says.

It also added embed links to video podcasts, so they can be disseminated across the web (and snag creators more listens/views, of course); video bulk-replace, where creators can “easily replace their existing audio episodes with video versions from an easy-to-use interface” (e.g. they’ll have an easier time migrating from, say, YouTube, if they so desire); video analytics for creators; and “interactive capabilities” like polls and Q&As, which are already available for audio-only podcasts.

For those who’ve gotten used to consuming content from the ever-growing podcast business and aren’t actually sure they want to stare at their phone while catching up on audio shows, Spotify says NBD: “[I]f you want to stick to the pure audio experience, that’s great too—video on Spotify is backgroundable for all listeners, so you can immerse yourself in the content when you want to, or simply lean back and just listen.” (Take that, YouTube Premium.)

Spotify plans to expand video podcast publishing capabilities to more regions in the future, it says.