Horizon Worlds is rolling out a Reels-esque creator bonus program 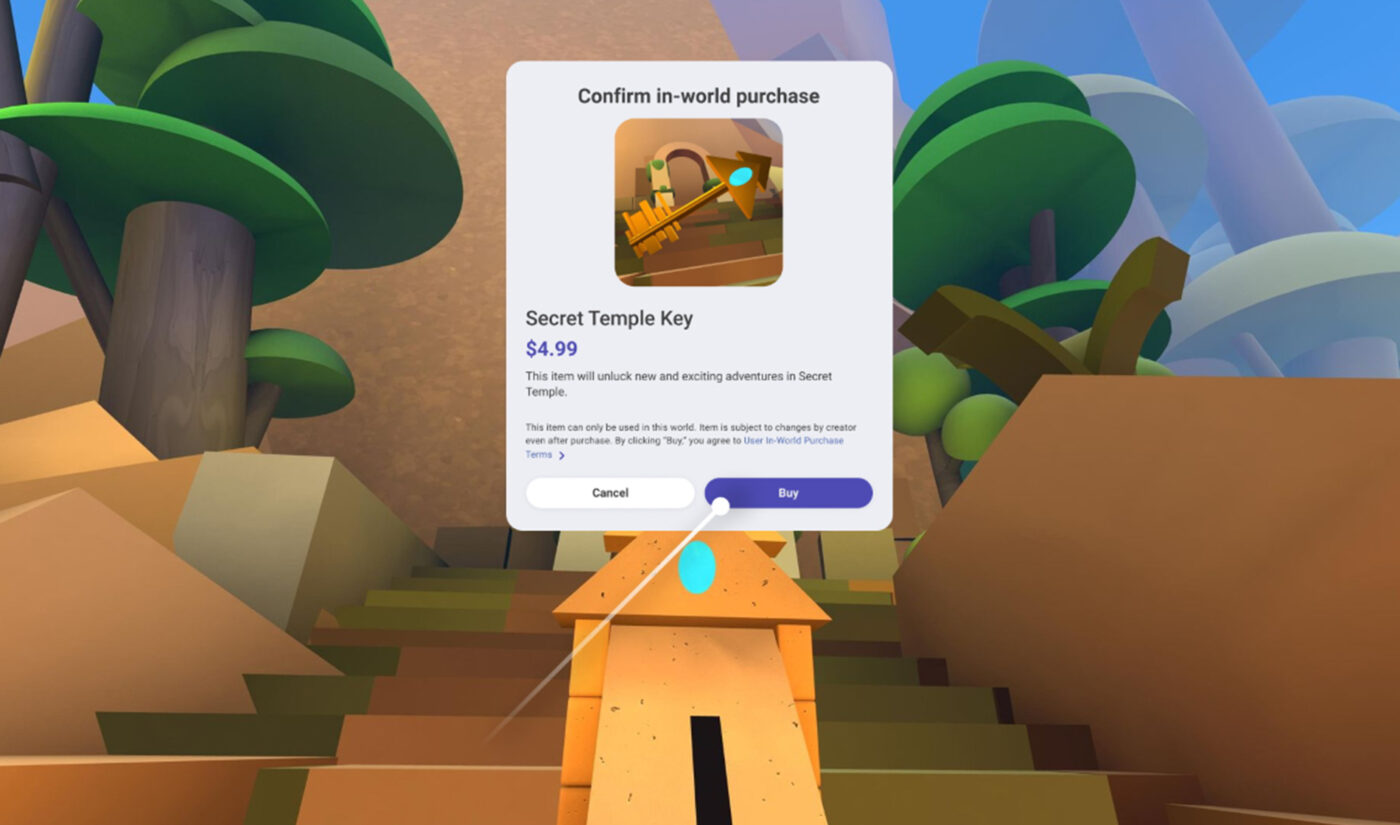 Back in October 2021, the Facebook and Instagram parent said it would commit $10 million to a creator fund for individual people and teams of developers making content within Horizon Worlds.

Today, it said it’s beginning to test a creator bonus program that sounds similar to the one it runs for Reels. (Worth mentioning here that something might be up with the Reels program, as creators have reportedly been receiving smaller payouts while also seeing their viewcount requirements go up.)

Co-founder/CEO Mark Zuckerberg told Vidyuu Studios—a Washington-based company that, according to its Patreon page, is focusing on making assets and tutorials for Horizon Worlds—that Meta considers creator monetization “really important, because you all need to be able to support yourself and make a good living building these awesome experiences.”

Per TechCrunch, Meta is describing the bonus program as an expansion of its $10 million creator fund, but it’s not clear whether Meta is putting additional money into the fund, or if these payments are coming out of the base $10 million.

Vivek Sharma, Horizon Worlds’ VP, told The Verge that the program will be “goal-oriented,” and that creators will earn payments based on the engagement their worlds generate.

In his talk with Vidyuu, Zuckerberg also revealed that Horizon Worlds wants creators to sell virtual goods—meaning that yes, the platform is becoming more and more like hit 2003 video game Second Life the longer it’s in multimillion-dollar development.

Meaghan Fitzgerald, Horizon Worlds’ product marketing director, told The Verge that creators will be able to sell wearable items for avatars, access to VIP sections of their created worlds, and in-game items like basketballs.

Meta says that for now, only a “handful” of creators will be allowed to sell items.

Also, it plans to take a 25% cut of items’ sale price after individual platform transaction fees, it said. A Meta spokesperson went through the math in an example: “If a creator sells an item for $1.00, then the Meta Quest Store fee would be $0.30 and the Horizon Platform fee would be $0.17 (25 percent of the remainder), leaving $0.53 for the Creator before any applicable taxes,” they told Business Insider.

“We think it’s a pretty competitive rate in the market,” Sharma told the outlet. “We believe in the other platforms being able to have their share.”

As The Verge points out, Meta has criticized Apple numerous times for the 30% cut it takes from App Store purchases.

Meta opened Horizon Worlds to people in the U.S. and Canada in December. As of February, it had 300,000 users.