From “grail” to “whale,” the Web3 Dictionary is here for you 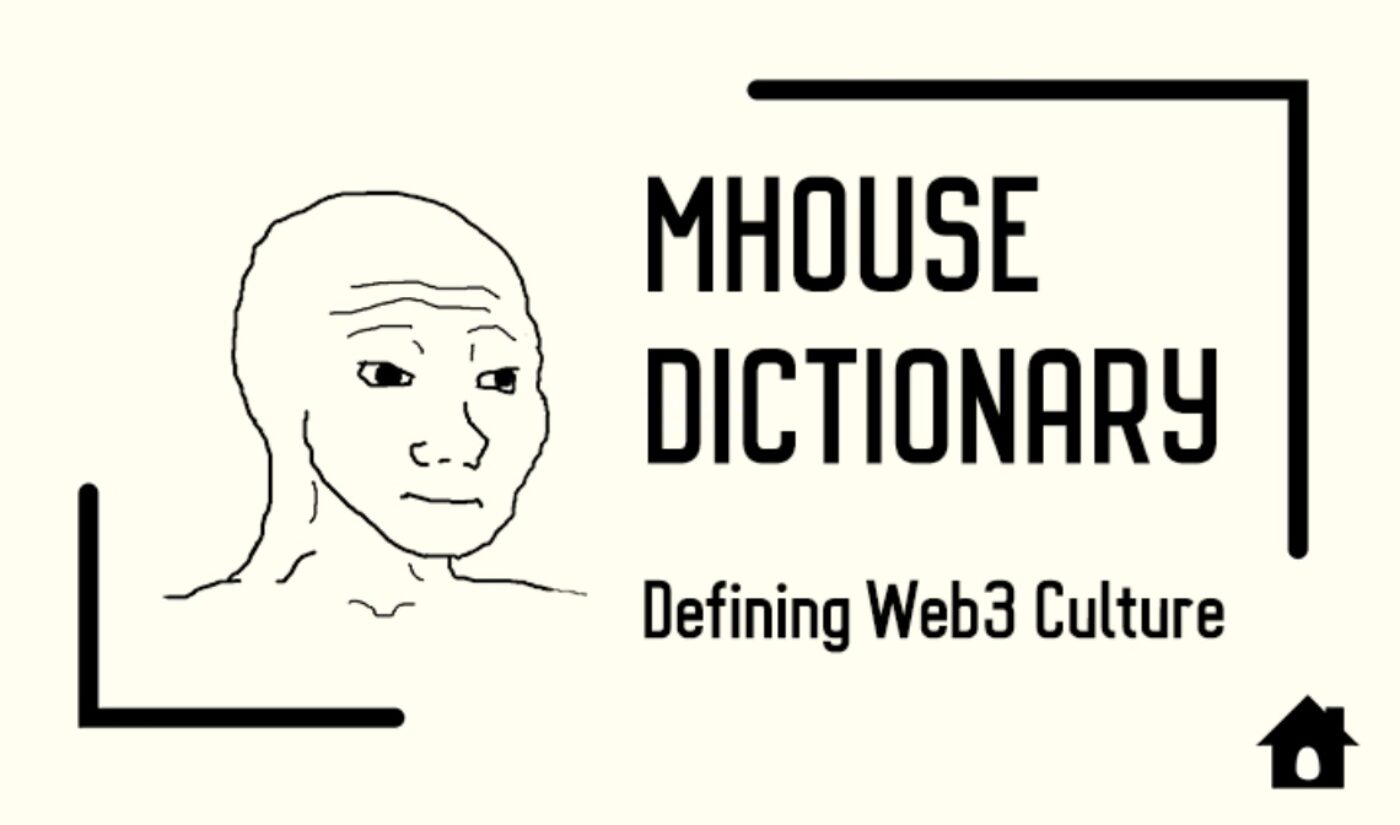 Are you interested in NFTs but scared of unfamiliar terms like blockchain, drop, and stable coin? Well, good news for you: MHOUSE, a “members club for Web3 innovators,” has launched the Web3 Dictionary, which defines more than 340 terms that are part of the slang and jargon of the crypto community.

The terms defined in the Web3 Dictionary range from basic crypto terms (like both ETH and Ethereum) to general internet slang (sup, noobs) to  pieces of NFT lore (don’t be a Kevin). Technically, it’s more of a glossary, but I admit I’m reaching there. If you don’t find the definition you’re looking for, you can always suggest a term to be added.

Crypto culture is all about bucking traditional institutions, and the Web3 Dictionary is not exactly Merriam-Webster. It is written in a flip and chatty tone, with plenty of editorialization mixed in. The entry on Meta is basically a big middle finger to Mark Zuckerberg, and Bored Ape Yacht Club is described as “the one NFT that everyone wished they had bought.” As for the SEC, well, don’t get MHOUSE started on that one. Even the example sentences — sorry, the “degen chats” — are tongue-in-cheek.

The co-founder of MHOUSE, who goes by the meat space name James or the username CodeRave, told Tubefilter that the Web3 Dictionary is “the most comprehensive web3, NFT, crypto and DeFi dictionary in the metaverse.” In his email, he included a definition of MHOUSE. The members-only club believes “everybody should have access to the resources they need to participate in the web3 revolution.”

Even though I am still an avowed Nocoiner (sorry, CodeRave), I’m still thankful to have the Web3 Dictionary at my disposal. Now that I’ve studied these terms, I can actually follow the topics on conversation in MHOUSE’s MTALKS podcast, which is available through its website.