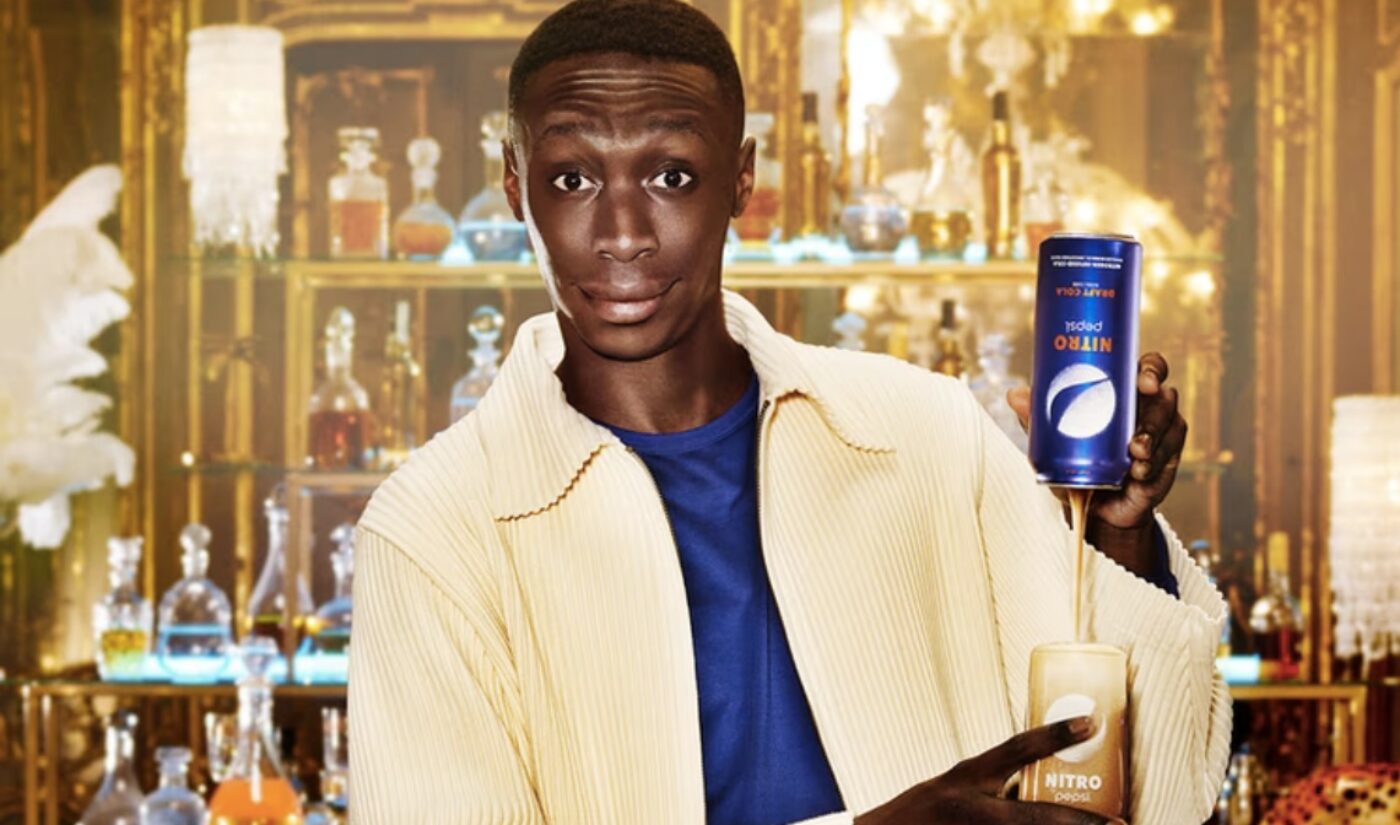 With his wordless-yet-expressive videos, Khaby Lame has become the most popular male star on TikTok. 135 million followers tune in to watch his reactions and sketches. His fame has grown so large that major brands are now wondering whether his signature style can help them sell their latest product.

Enter Pepsi. The beverage brand needs a spokesman to convince the world that its new Nitro Pepsi is more than just an unusual-tasting refreshment. It has recruited Lame for a print, billboard, and TV ad campaign that will use the tagline “a smoother way to soda.”

Nitro Pepsi is a nitrogen-infused cola, which means it is less fizzy and smoother than a traditional carbonated drink. If you want to know what that tastes like, you could pick up a nitro cold brew from your nearest coffee shop or a nitro stout from your local craft beer bar.

Or you could trust the endorsement Italy’s #1 TikTok star. “Since Khaby Lame is known for pointing out the obvious with the use of his signature hand gestures, we felt he was the perfect person to show the world Nitro Pepsi is a simple solution for those who prefer less carbonation than that of a traditional cola,” said Pepsi chief marketer Todd Kaplan. “In this campaign, Khaby shows off how to pour and enjoy Nitro Pepsi – which is as smooth as Khaby is – without saying a word.”

Of course, if Pepsi’s plan is to link the smoothness of its new cola to the smoothness of its new spokesman, it will need to make sure Lame looks sharp in the ads. That shouldn’t be too hard. Lame is also partnered with iconic fashion brand Hugo Boss, and he has been known to show off some strong looks at Milan Fashion Week. For this campaign, Pepsi has brought in photographer David LaChapelle, who has worked with celebrities like Kim Kardashian, Lizzo, and Travis Scott. In a statement, Lame called LaChapelle “iconic” and said he “can’t wait for fans to see how we collaborated on this campaign.”

The Lame campaign will claim a prominent spot during the Oscars Pre-Show on March 27. The product it is advertising will hit shelves a day later.