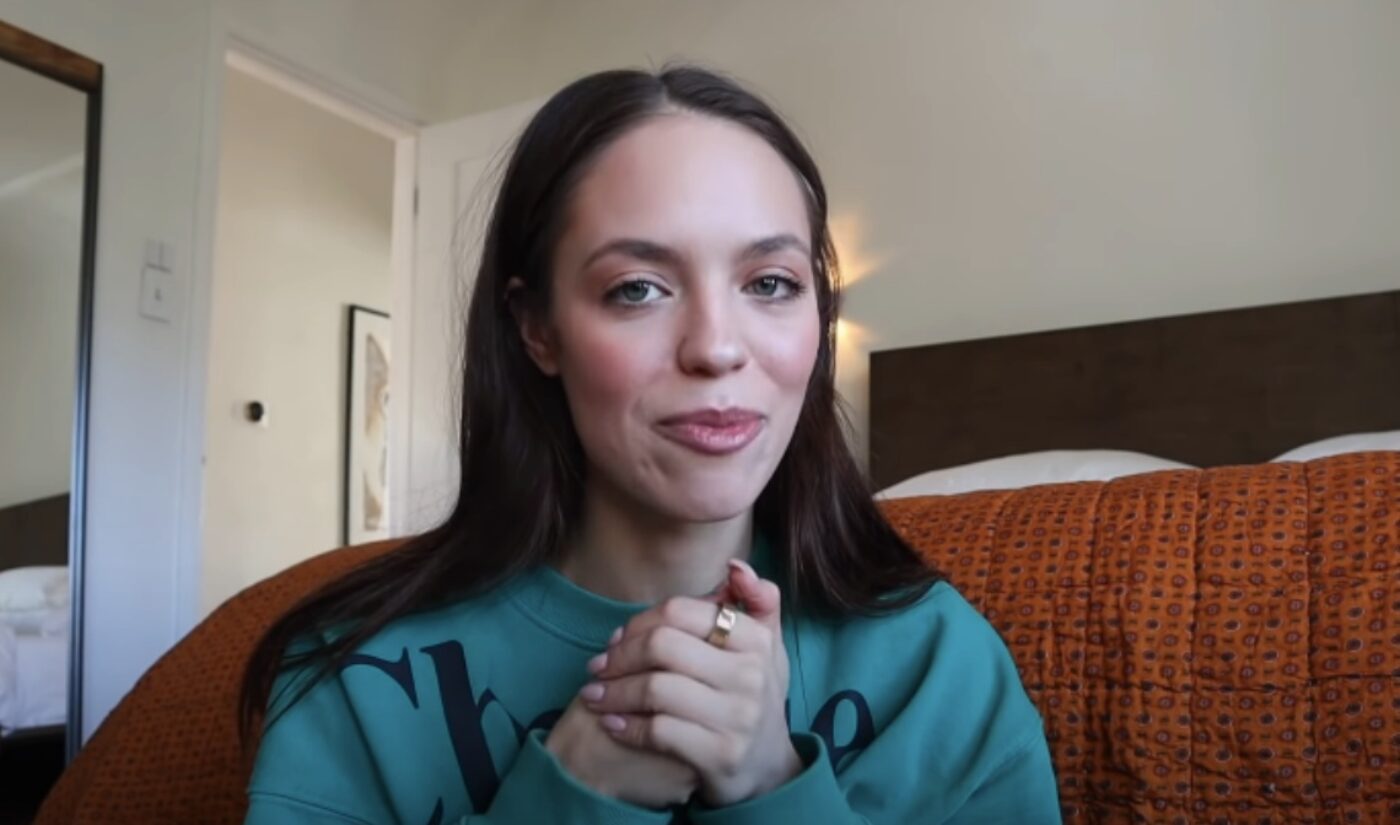 When Claudia Sulewski was 14, she launched her own YouTube channel. By 18, she was delivering red carpet coverage for Teen Vogue. Now, at age 26, she’s co-starring in a movie that just hauled in the most prestigious film prize at SXSW.

The movie, titled I Love My Dad, stars writer-director James Morosini, Patton Oswalt, and Sulewski. It tells the story of Chuck (Oswalt), who attempts to reconnect with his son (Morosini) by stealing the identity of a waitress (Sulewski) and using it in a catfishing scheme. The I Love My Dad cast flew out to Austin for a March 12 premiere, and then they got some exciting news: On March 15, the SXSW grand jury awarded its top prize to I Love My Dad. On Twitter, Sulewski was so excited that she could barely keep herself together:

On YouTube, Sulewski posts fashion videos and vlogs for her 2.4 million subscribers. She told Nylon that her experience in the online video world helped her keep up with the fast pace and looseness of indie film production. “I know everyone says this, but it really felt like camp,” she said. “There is this family dynamic, and that has been the most fulfilling thing for me because coming from YouTube, everything is independently done.”

At the same time, Sulewski’s film career allows her to show a side of herself that doesn’t fit onto her YouTube channel. When talking to her subscribers, she likes to be vulnerable and open; on the silver screen, she can play a character who differs from her.

“With my YouTube videos, I try to keep them as stripped back as possible, because I think what people gravitate towards is honesty and humility and vulnerability,” she told Nylon. I’m grateful to have always taken that approach, because I think that is what will make acting and YouTube feel so distinct from each other, if that makes sense.”

In addition to I Love My Dad, Sulewski’s filmography also includes the series t@gged, which initially aired on the Verizon-owned streaming app Go90.