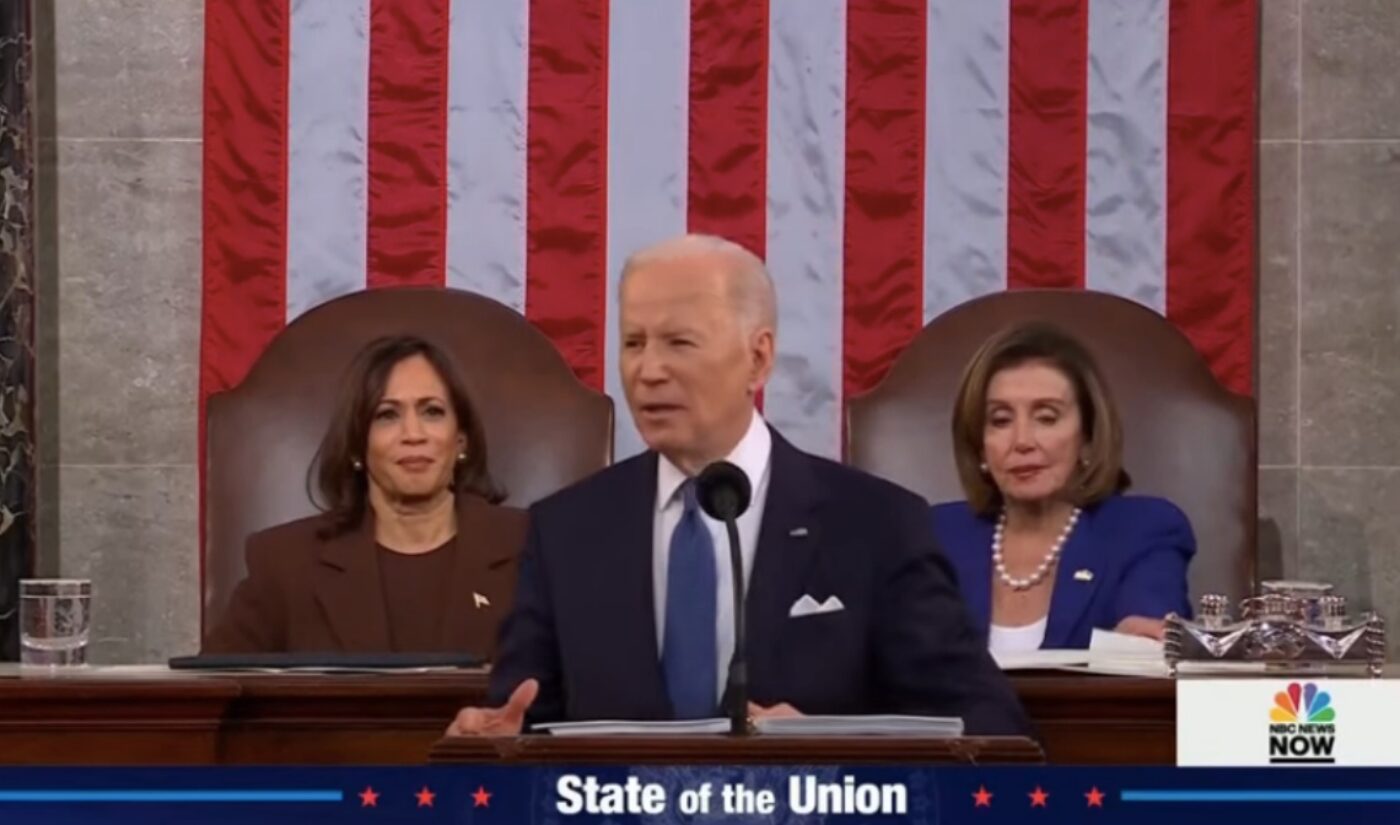 In his first-ever State of the Union address, Joe Biden set his sights on Silicon Valley. The President announced his intention to “hold social media platforms accountable” by preventing them from displaying targeted advertising to children.

The State of the Union is an annual status update for Americans, but it’s also a chance for the President to make symbolic gestures that reveal his intentions. Frances Haugen attended last night’s speech as the personal guest of First Lady Jill Biden, and the President referenced the Facebook whistleblower as he launched into an attack against big tech.

“As Frances Haugen, who is here with us tonight, has shown, we must hold social media platforms accountable for the national experiment they’re conducting on our children for profit,” Biden said. “It’s time to strengthen privacy protections, ban targeted advertising to children, demand tech companies stop collecting personal data on our children.”

Biden’s comments on social media came at the 54-minute mark in his hour-long address:

Biden presented this talking point while laying out the four issues on which he believes he can muster bipartisan support. Aside from regulating social media, the President also wants to end the opioid crisis, support veterans, and fight cancer.

There’s plenty of evidence to suggest that both Democrats and Republicans want to curtail social media’s creeping influence on young viewers. Last month, a bipartisan bill called the Kids Online Safety Act was introduced. KOSA, as it is known, would require social media platforms to “provide minors with options to protect their information, disable addictive product features, and opt out of algorithmic recommendations.” KOSA has many of the same goals as the KIDS Act, a piece of Trump-era legislation introduced by COPPA author Ed Markey (D-MA).

In the world of social media regulation, there’s a lot more work to be done, but it’s important to recognize the changes that have already occurred. In 2019, under pressure from the FTC, YouTube announced its plan to prevent targeted advertising on videos intended for children. Two years later, YouTube went a step further by stripping monetization from “overly commercial” kids’ videos.

As for Facebook, the social giant announced last year that it would no longer tailor ads to users under 18 based on their interests or web activity. That policy applies to Instagram as well.

Note that, despite cracking down on targeted ads aimed at minors, these platforms are still showing ads to children. There is an entire industry based around advertising on family-friendly videos; if the President gets his way, those ads will be subject to additional layers of oversight.