The Smiles Family is starting strong on YouTube. One catch: they’re not an actual family. 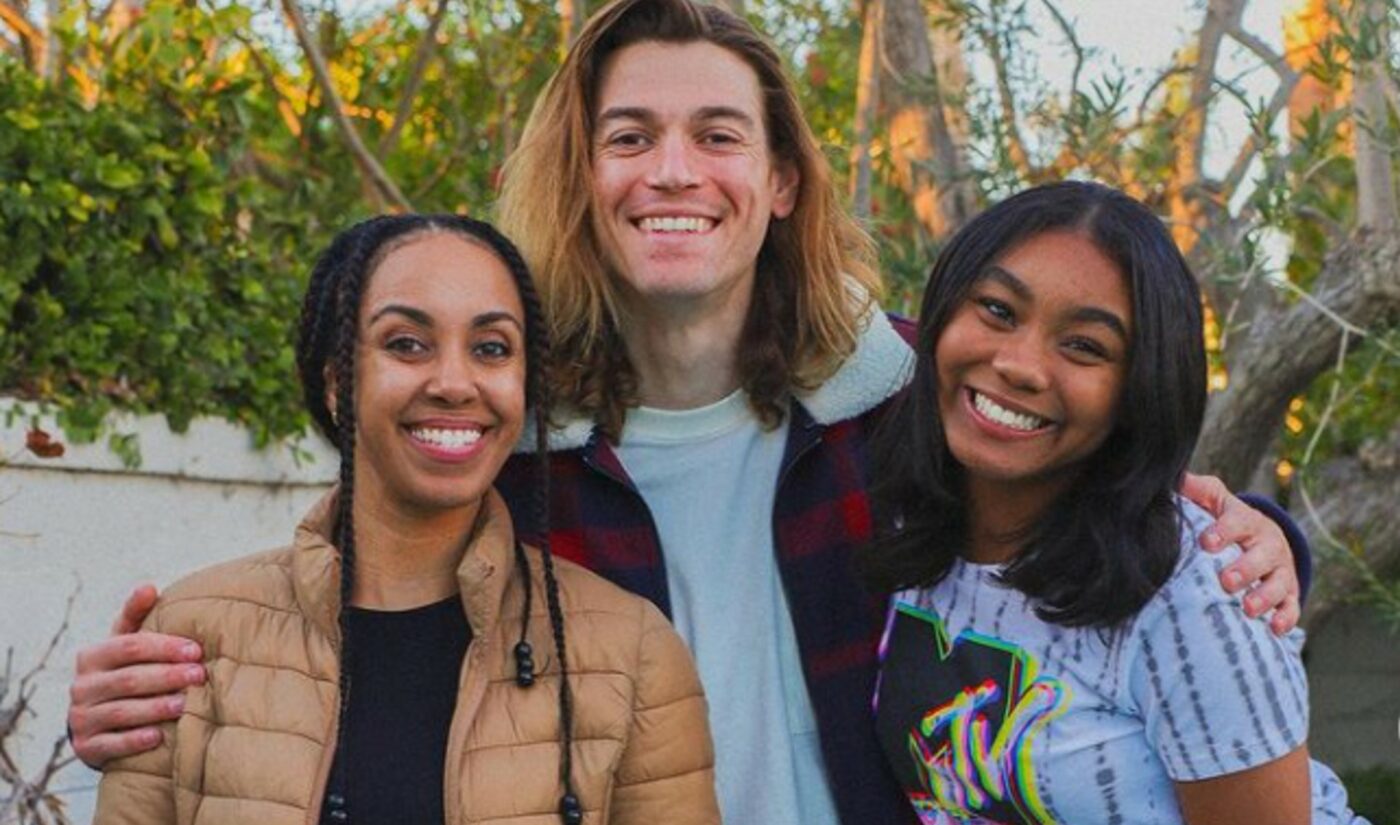 In what Amp says is a YouTube first, the company has cast actors to play a family – the Smiles Family – and perform loosely-scripted sketches in the form of popular games, challenges, and pranks.

Actress Sydney Thomas plays daughter Sydney Smiles, while her parents, Lucas and Jaelyn Smiles, are enacted by Mark Valeriano and Kayah Alexandra, respectively. Their most-viewed videos to date are Buying Everything In One Color For 24 Hours (173,000 views) and Pause Challenge For 24 Hours! (101,000 views) – both viral conceits within the YouTube family vlogging space.

The channel, which launched roughly a month ago, has amassed 67,300 subscribers and 634,000 views with just nine uploads to date – driven in part by cross-marketing from Amp’s other channels, including Rivera’s.

It’s a telling sign of the maturation of the space that a digital studio has tapped actors to perform formats that evolved organically on YouTube, but Amp notes that it’s upfront about the Smiles Family’s fictional status. It isn’t aiming to overtly trick any viewers, as the cast is listed in the description box of each video.

It also isn’t the first time that actors have been tapped to perform YouTube vlogs. Longtime YouTube viewers will remember Greg Goodfried and Miles Beckett‘s groundbreaking thriller Lonelygirl15, which debuted in 2006 and initially wasn’t forthright that its protagonist, Bree, was an actress.

Max Levine, Rivera’s manager and the co-founder of Amp, explains that the Smiles Family channel signifies a gradual shift in Amp’s evolution from building channels tied to individual creators – like Lexi Rivera and Ben Azelart – to creating original shows and its own IP.

Amp’s first step beyond building individual creators was Amp World, which Levine describes as a “Disney-meets-MTV” YouTube brand featuring comedic collaborations from its talent roster. The channel has amassed 1.7 million subscribers and nets roughly 65 million monthly views. With the Smiles Family, the company is inching closer towards more traditional productions by adding professional actors into the mix.

“Given that we have the audience and infrastructure to grow social channels from scratch, we’ve been prioritizing developing channels that our company owns the underlying IP for,” Levine tells Tubefilter. “While a core part of our business is amplifying digital creators, we are also exploring how to diversify our content slate with owned and operated channels.”

Levine declined to comment on how the actors are being compensated, but noted that casting a family makes the production process easier in terms of availability, work bandwidth, and geography. Much like its content on creator channels, the videos are conceived by an in-house production team. And eventually, Levine says, the idea is to weave the Smiles Family into the universes of other Amp creators.