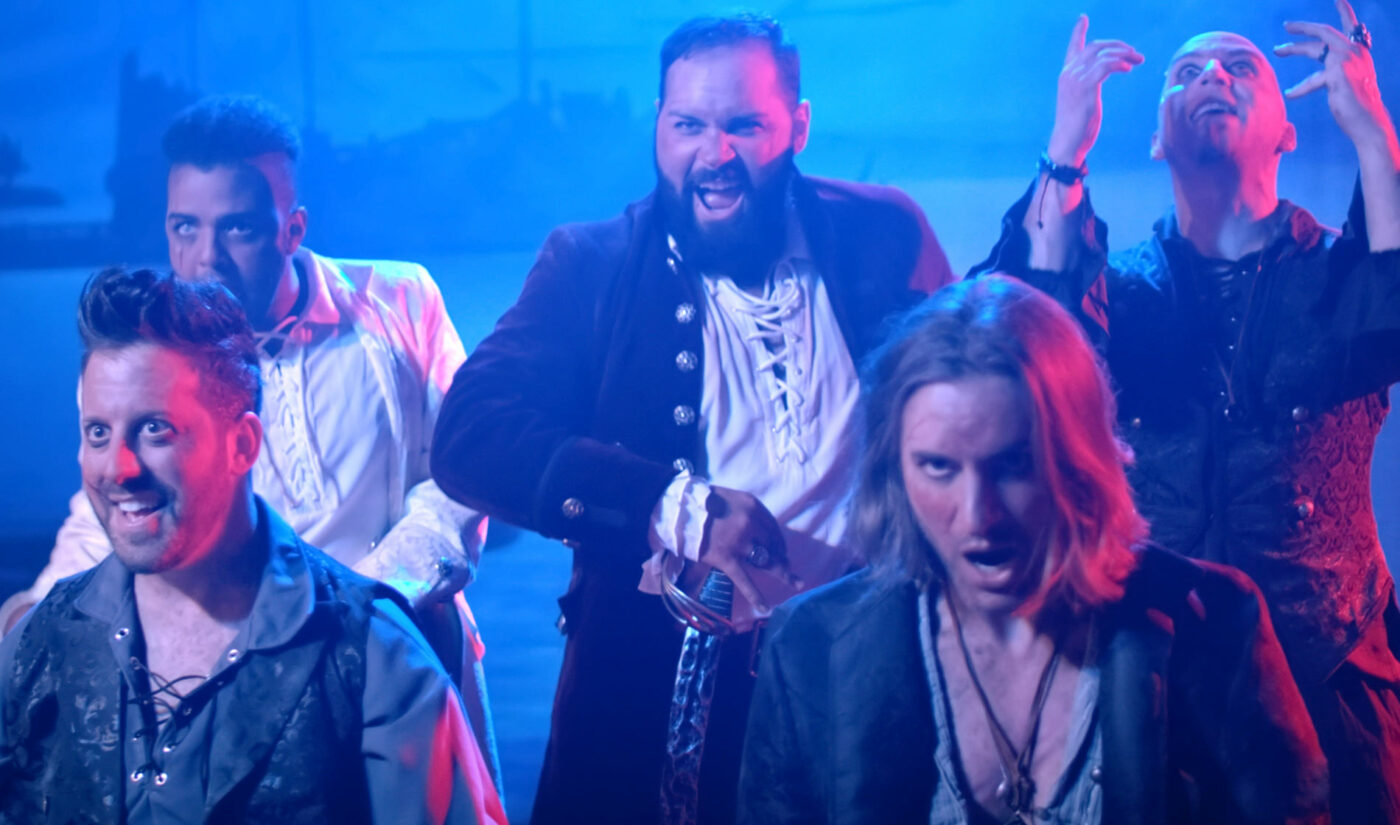 VoicePlay‘s YouTube channel is a smorgasbord of pop culture pizzazz.

The Orlando-based a capella group–which comprises current members Eli Jacobson, Cesar De La Rosa, Geoff Castelucci, and Layne Stein–has covered a vast range of fandom-y songs, from Pirates of the Caribbean‘s “Hoist the Colors” to the Halo theme to “Carry On Wayward Son” (which is a popular Kansas track, yes, but is also the de facto theme song for Supernatural) to the Doctor Who theme and much, much more.

VoicePlay originally started their channel in 2012 as a way to show off their singing skills for potential future attendees at their stage shows (they’ve done eight live tours to date), but over the years, it has become a full-fledged side gig and self-sustaining venture, the group tells Tubefilter.

While all the members of VoicePlay have solo creative pursuits outside of the group, they all gather at the beginning of each month to run down the songs they’re interested in covering. Sometimes songs are older, but timed to a current event (for example, they covered “Carry On Wayward Son” just as Supernatural wrapped its 15th and final season), and sometimes they’re new and trending, like “Remember Me” from Coco.

VoicePlay: Honestly, it was a little surreal. We’ve been on YouTube since 2012, so it took us a little longer than we thought it would to hit that number, BUT it was a great feeling to see all of that hard work pay off in such a concrete way. That being said, we gave ourselves a quick high five and then got right back to work.

Tubefilter: Tell us about the five of you! Where are you from? What are your musical backgrounds? How did you form VoicePlay?

VoicePlay: We’re really from all walks of life, and while over the years the cast has changed a little bit, we’re all based in Orlando, Florida, and super good buddies. Three of us have been singing together since we were in high school, which is incredible to think about. We all sing and work in music outside of VoicePlay in other capacities as well. Some of us are studio session singers, or video production wizards, but VoicePlay is the hub where we combine our skillsets and create crazy a cappella music videos.

Tubefilter: What made you decide to launch a YouTube channel? Why did it seem like the “right” platform for VoicePlay?

VoicePlay: Originally it was just a way to get clients to book us for live performances. So it was just advertising for our live show for quite some time. The fact that people from all over the world would begin to watch our ridiculous videos was kind of a surprise to us all, and now the channel is self-sustaining, which is fantastically unexpected and wonderful all at the same time.

Tubefilter: What challenges do you face as cover artists on YouTube? We’ve talked to some musicians and choreographers previously who struggle a lot to monetize their content and to otherwise build an audience, because YouTube isn’t as friendly to their content as it is to, say, vlogs. Are there any hurdles you’ve had to overcome, and/or struggles you currently face?

VoicePlay: We’ve thrown a LOT of spaghetti against the wall over the years to see what sticks, and the thing that seems to keep our audience coming back again and again is the twists we put on things, or the theatrical videos we tend to make. To separate ourselves from other artists, we tend to go all-in on video production, sometimes to our own detriment.

Tubefilter: You bounce around between a variety of musical genres! How do you decide what songs to cover?

VoicePlay: There’s quite a bit of debate around the music we produce. We usually have a long conversation at the top of the month to figure out what we’re going to record. We look at commented suggestions left on our videos, or Patreon feedback, or if we’re really lucky, there’s a tune that just stands out as the thing we need to record right away because it’s so huge at the moment.

Tubefilter: How long does the average arrangement and video take to make, from conception to recording to upload? How does the production process break down? Does one of you prefer to edit, does one of you reply to comments and interact with fans…?

VoicePlay: It depends on the song, but typically three to four weeks from concept to finished product.

Once we decide on a song, one of us will arrange the music for our voices, and get notes from the others about whether anything in the track needs to be changed or adjusted. Then we send out the session, everyone records (typically on their own at their home studio) and then once we’re happy with the recorded performances, we’ll send the track out to our mix engineer for a final polish.

Then it’s all about trying to create a compelling video to go with it. Sometimes we even succeed in that effort 😉

So that’s the process, but one of us will typically take the music video from beginning to end on our own. It’s a lot to handle for sure, but it enables us to work on several projects at once.

Tubefilter: Do you have any strategies for growing your audience? Have you noticed any particular kind of songs getting more traction than others? Do you adjust what you sing depending on how your viewers react?

VoicePlay: The only thing we try to do is make music that we like. If we’re passionate about the work, then that tends to show itself in the final product, and those are the videos that tend to perform the best for our audience. And yes, we listen to our audience–some of our biggest hits have come from their suggestions.

Tubefilter: How do you make your videos stand out among all the noise on YouTube?

VoicePlay: We’re in a pretty niche genre being a cappella, so that helps us stand out on its own, but in addition, our music trends toward the inventive and whimsical, so that just helps separate us further.

VoicePlay: Hitting that “PUBLISH” button and then seeing the audience react is a pretty great feeling.

VoicePlay: We’re gonna keep on making music for as long as folks wanna hear it. We’d like to start dipping our toes into some different kind of content as well, but that’s all very hush hush at the moment. We can’t tell you ALL of our secrets…

VoicePlay is represented by Erin Ay, manager of music and talent partnerships at Studio71.