Instagram’s Latest Feature: Why Type A Comment When You Could Film A Reel? 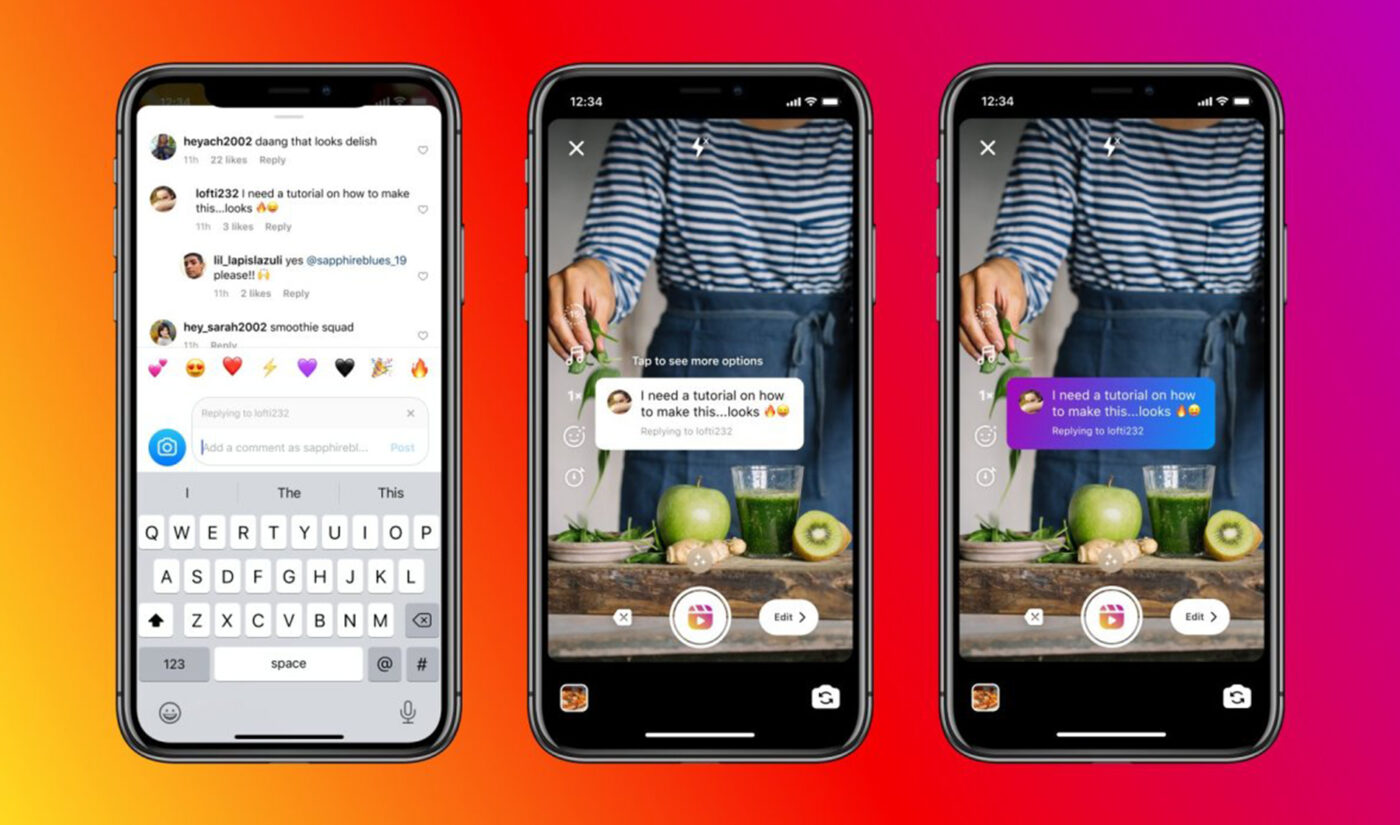 The most basic description for Reels Visual Replies is that it lets users respond to one another’s comments with Reels rather than text. But to be clear, the tool isn’t for letting users link one another to already-made Reels; it’s for replying with a brand-new Reel created specifically for the comment.

So, for example, say you post about your experience with an eyeshadow palette, and then a commenter on your post asks if you have real-time swatches of a certain shade. If you tap the Reply button on the comment, you’ll see a new camera-shaped option to reply with a Reel pop up. Tap that button, and it’ll prompt you to film a Reel in response.

Once the Reel is completed, Instagram will turn it into a Sticker you can send to the commenter.

It’s not clear if the Reel will also be added to your own account feed/content library, or if it’ll simply live as a reply on that one post.

We love the communities that creators have built on Instagram. 😊❤️

That’s why we’re excited to launch Reels Visual Replies, a new feature to interact with your audience. You can now reply to comments with Reels and the comment will pop up as a sticker. pic.twitter.com/dA3qj1lAwE

The drop comes amid a slew of other product reveals, tests, and launches from Instagram, Facebook, and their owner Meta.

Just on Instagram, recently announced features include “Rage Shake,” which lets users file support tickets by shaking their phones; “Take a Break,” time-out notifications that appear every 10, 20, or 30 minutes; “Add Yours,” a sticker that turns Stories into public threads where other people can reply with their own Stories; and over the weekend, head of Instagram Adam Mosseri went in-depth with the platform’s plans to bring back chronological timelines.