Twitter Is Testing A TikTok Revamp Of Its Explore Tab 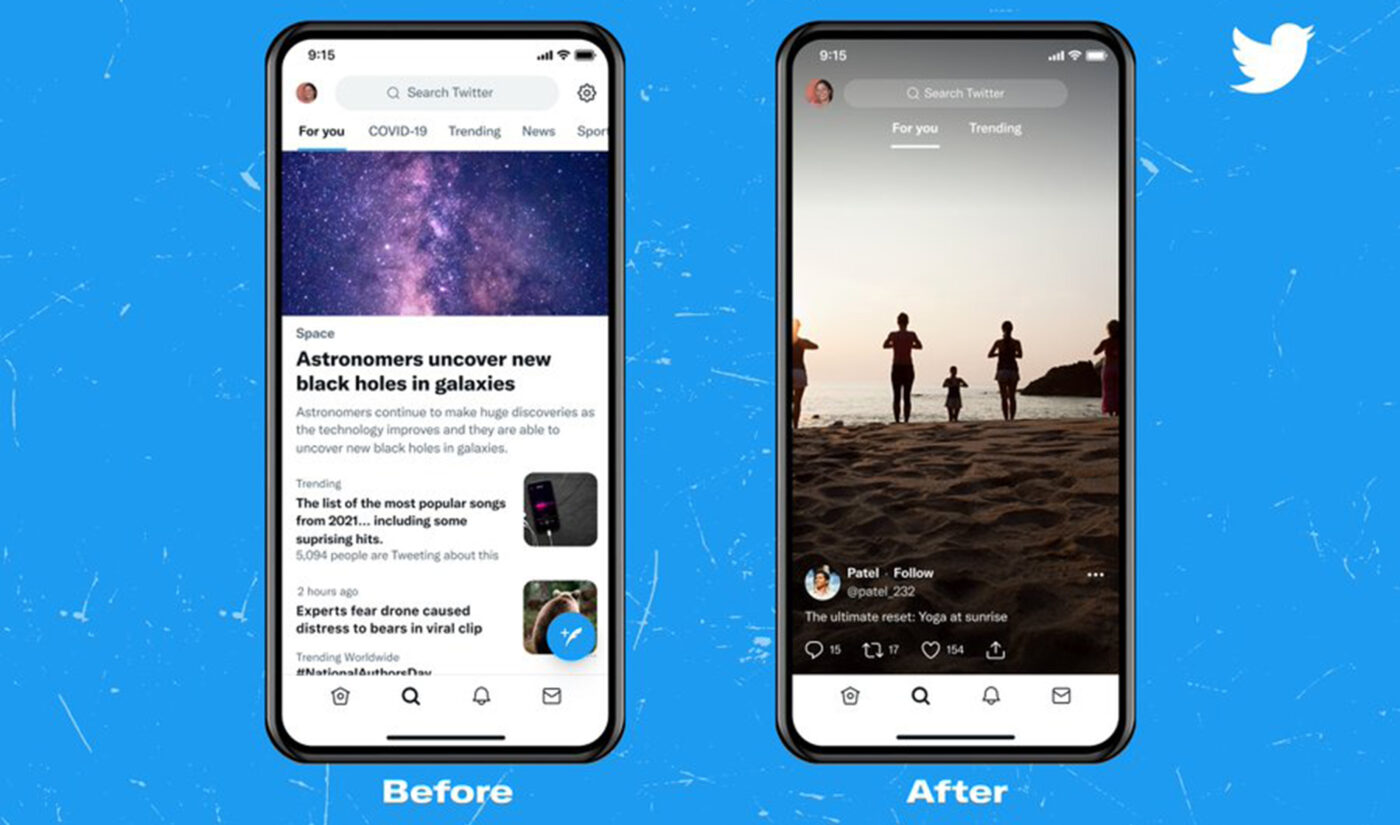 The platform tweeted this morning that the redesign is “a new Explore experience to help you discover the best content that’s trending.”

As you can see in the Twitter-provided imagery above, the current Explore tab is divided into numerous sections: a personalized “For you” section, followed by Trending, COVID-19, News, Sports, and Entertainment. The revamped Explore appears to only have two tabs: For you and Trending.

But the biggest change is the tab’s appearance. Currently, the Explore tab looks a lot like the rest of Twitter—that is, a feed of different content bites all stacked on top of one another. The proposed redesign apes the full-screen look of TikTok and other short-form video platforms.

It’s not clear if the full-screen look would just be for tweets with photos and videos attached, or if there’s a full-screen version of text content too. It’s possible the new Explore tab will only serve content with imagery attached.

Twitter says the test is currently live for “some people who use Twitter in English on Android and iOS, in some countries.”

People use Twitter to discuss what’s happening in the world, which sometimes means sharing unsettling or sensitive content. We’re testing an option for some of you to add one-time warnings to photos and videos you Tweet out, to help those who might want the warning. pic.twitter.com/LCUA5QCoOV

This is the first time Twitter has allowed users to apply warnings to their own tweets. The most they’ve been able to do up to now is mark their entire account as 18+, which is helpful for indicating when a user is, for example, a NSFW creator who regularly posts 18+ content, but not a solution for users trying to indicate an occasional post containing sensitive or triggering content.

Twitter didn’t comment on which users are involved in the warnings test, or provide a timeline for when that feature and/or the new Explore tab might roll out widely.