Creators On The Rise: Onevilage Has Uploaded 5+ YouTube Shorts Every Single Day For The Past Six Months 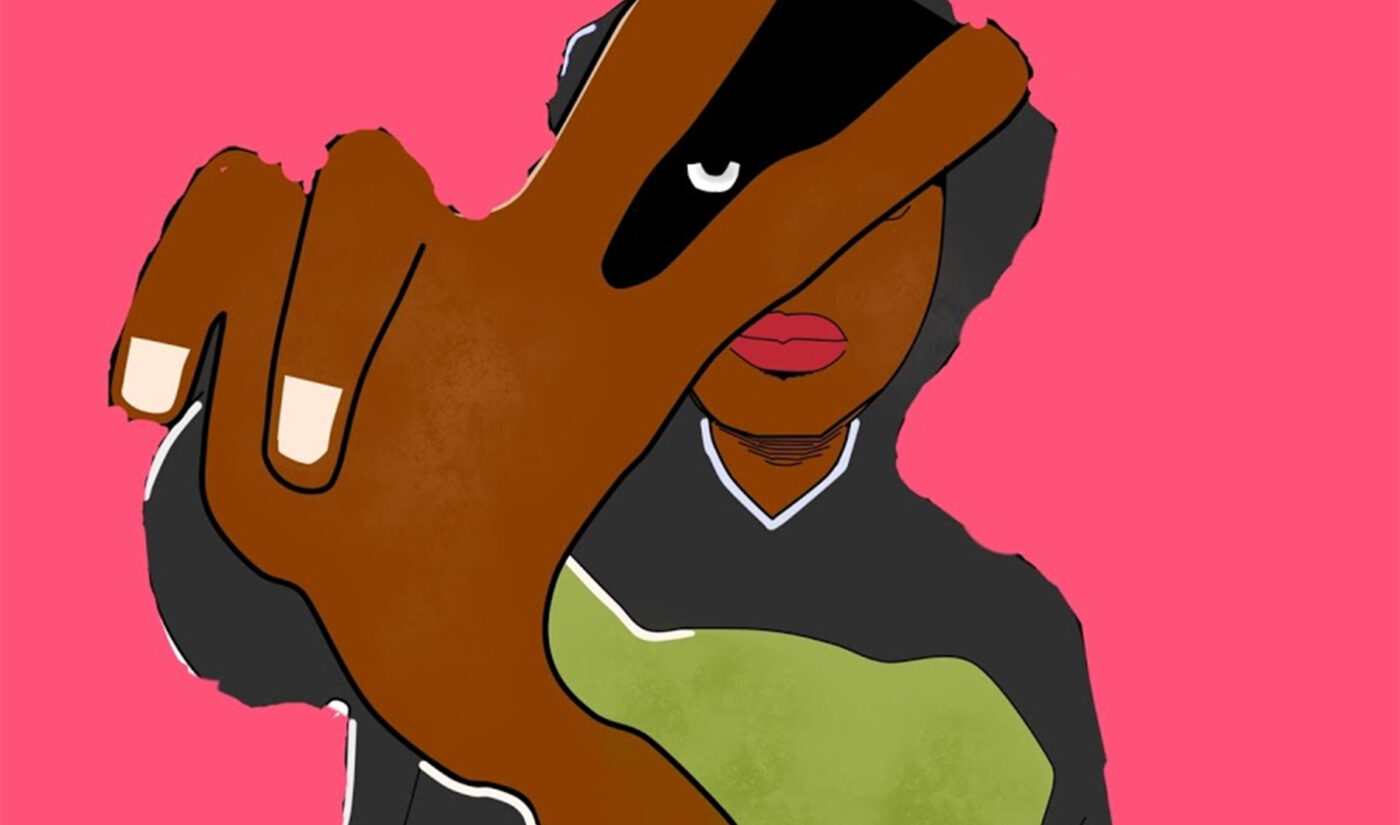 If you scroll Ilesanmi’s channel, you’ll notice a pattern. Each of his videos–the vast majority of which rack up at least 500,000 views within their first 24 hours of being posted–begins with one word: When. When your mom says “No, son, we have it at home” (15 million views to date). When your friend gets a new expensive mic (12 million). When you play video games at night (10 million).

Ilesanmi has uploaded more than 1,000 videos, and hundreds of them are “When” videos that present comedic dramatizations of relatable situations.

But consistency in theme isn’t the only component in Ilesanmi’s strategy. 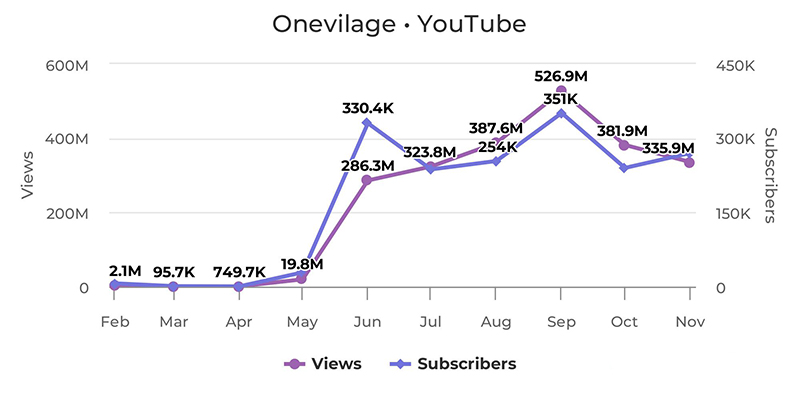 Ilesanmi’s channel has surged from fewer than one million views per month to more than 520 million. Monthly view and subscriber data from Gospel Stats.

Ilesanmi, who’s from Maryland, started his channel in November 2020. At first, he only uploaded a handful of videos (fewer than 10) each month, and was mostly making them because he had nothing else to do, he says.

Then, this past May, with no school and summer boredom hitting hard, Ilesanmi decided to 10x his efforts. He committed to uploading at least five videos each and every single day. That month, he uploaded 95 videos total, and almost immediately, he saw results. His channel jumped from 740,000 views in April to 19 million in May. In June, when he uploaded 152 videos, it brought a whopping 286 million. In July, he uploaded 153 videos and netted 323 million views. August, 152 uploads and 387 million views. September, 148 uploads and 526 million views total.

Ilesanmi says he hasn’t missed a single day since committing to 5+ daily uploads in May, and doesn’t plan to slow down anytime soon.

Tubefilter: Tell us a little about you! Where did you grow up? What did you get up to before you started making content?

David Ilesanmi: My name is David Ilesanmi and I grew up in Maryland, USA. My parents are Nigerian. I am five foot eight inches. Before I started making content, I was at home bored, so I picked up a camera and recorded my first video and I enjoyed it.

Tubefilter: When and why did you decide to start making content? Did you go into it knowing what you wanted to make, or did you discover your “thing” along the way?

DI: I started making content back in July of 2020. I made content because I enjoyed doing it and I had nothing better to do.

Tubefilter: Your content is very consistent: On YouTube, you’ve built your channel with “When…” Shorts that put a comedy spin on situations most of us have been in. How did you figure out that the “When…” format is a good one for you?

DI: I found out “When…” is good for me because people can relate to the video and I think that is the best word to start with in a video for my channel.

Tubefilter: Your YouTube channel has recently seen a big boost in number of views and subscribers. Do you know if there was one specific video that took off, or did numbers go up across a bunch of videos simultaneously?

DI: I was posting five to ten videos every day. The month after, my channel blew up overnight, and I gained over 300k subscribers in one month. So it blew up across a bunch of videos simultaneously.

DI: I was uploading videos on YouTube before Shorts came out and it was doing a good amounts of views–getting 1-2K views per video. Yes, Shorts played a big role in the growth of my channel. It favored me a lot!

Tubefilter: How long does it take for you to make a video, from conception to upload?

DI: It takes me 45 minutes to make and edit a 15-second video. I upload five times every single day. I haven’t missed one day.

Tubefilter: Has your recent engagement spike on YouTube changed anything for you? Do you have any new plans or goals for your channel? Do you plan to continue making content?

DI: Yes, I am not stopping making content because it is something that takes me away from depression, and my goal is to inspire others! My engagement spike just made me proud, because I see how hard I’ve worked and I see the result.

Tubefilter: Do you have anyone else working behind the scenes with you, like an editor?

Tubefilter: What’s your favorite thing about making content so far?

DI: I like posting a video and reading the comments because it makes me know what I’m doing wrong and fixing what I did.