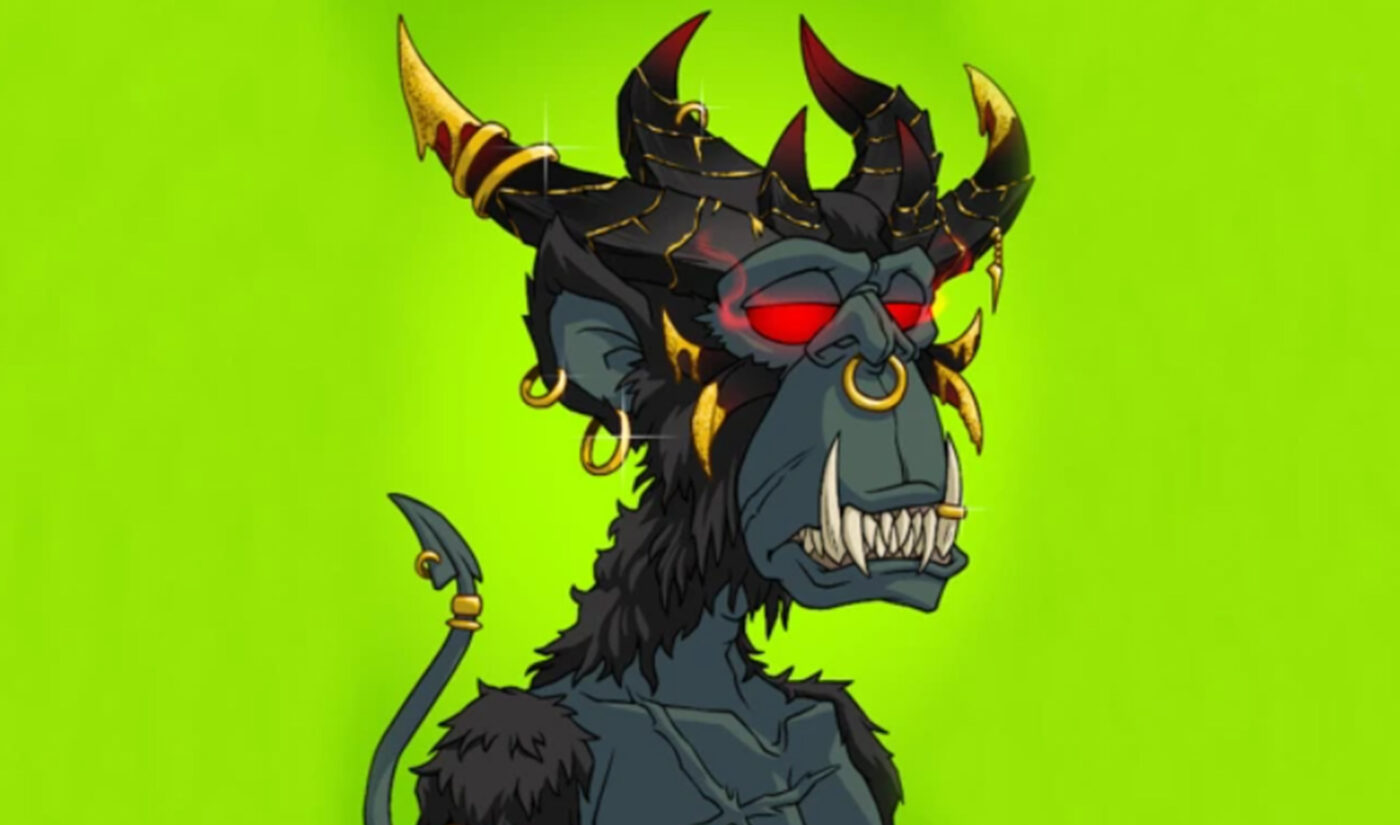 CAA has picked up another crypto client.

The agency announced today that it’s signed 0xb1, a well-known collector of non-fungible tokens (NFTs) who’s been described as a “whale” holder of cryptocurrency Ethereum.

“0xb1” is a pseudonym created from the first four letters and numbers of the person’s Ethereum wallet address. The person behind that address is choosing to keep their identity concealed.

Back in January, CryptoSlate reported that based on their Ethereum trading activity, 0xb1 had an estimated net worth of at least $450 million.

CAA has signed 0xb1 and the trove of NFTs they own, which includes pieces from projects like Bored Ape Yacht Club, Mutant Ape Yacht Club, Cool Cats, and Spunks by Spongenuity.

For folks not familiar with those projects (or NFTs in general), the majority of them sell NFTs that are images of heavily stylized, cartoony animals. Each ape or cat or lion or what have you is unique because they’re randomly generated from a vast mishmash of predrawn assets. They’re then vended on crypto market OpenSea, and can cost anywhere from a few dollars to tens of millions.

CAA plans to help 0xb1 monetize their NFTs through licensing and brand partnerships. It also aims to facilitate “advisory partnerships” between 0xb1 and “blue chip brands looking to enter the NFT space,” it told The Hollywood Reporter.

0xb1 is just the latest crypto/NFT snap-up for CAA and other major agencies. In September, the agency signed Jenkins the Valet, an NFT from the Bored Ape Yacht Club project, for representation across film, TV, podcasting, and publishing. The month prior, UTA signed NFT projects CryptoPunks, Meebits, and Autoglyphs, with eyes out for similar licensing opportunities.