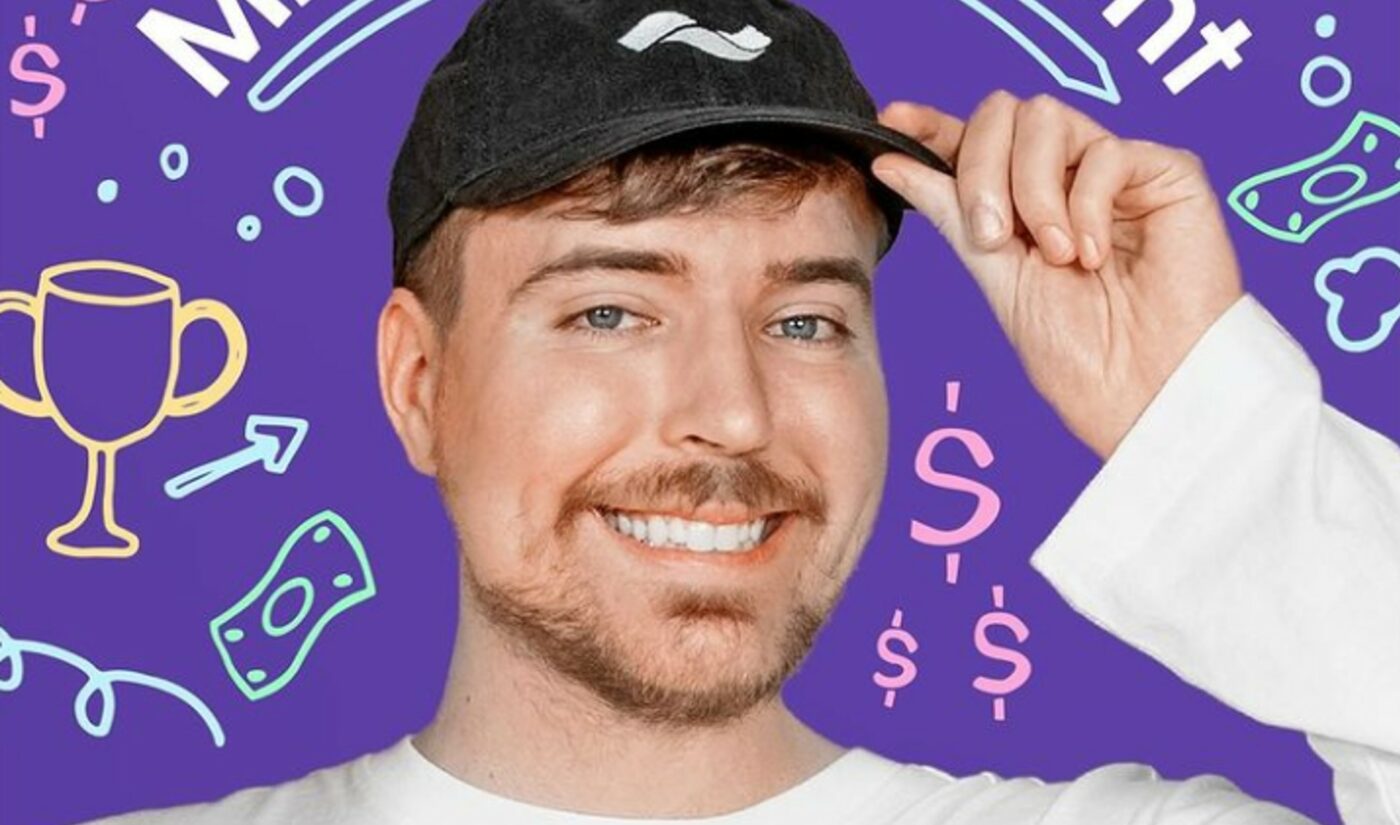 MrBeast has released his sophomore video as part of a long-term partnership with fintech company Current.

In April, the YouTube monolith, whose real name is Jimmy Donaldson, signed a long-term deal with Current that includes branded content, limited edition merch, and surprise giveaways. At the time, he also gained an equity stake in the company by investing an undisclosed.

In April, Donaldson also posted his first sponsored video that — in true MrBeast fashion — gave away $1 to the first 100,000 people who signed up for Current using his promo code. Current is a digital bank targeting millennial and Gen Z users that works extensively with influencers to tap this audience.

Donaldson’s second collab with Current, which dropped yesterday, has ascended to No. 1 spot on YouTube’s trending tab and amassed 13 million views in less than 24 hours. Donaldson is once again giving away $100,000 to everyone who signs up for Current using his ‘BeastBank’ code — plus 5,000 reward points, which can be redeemed for an exclusive hoodie.

This time, Donaldson will also be giving away an additional $20,000 to random users who send him Current Pay requests — a Venmo-like service enabling members to send or request money from others instantly.

And the partnership with Donaldson appears to be paying off for Current. The company says that while its app store position varies daily, Donaldson’s video helped catapult it to the No. 5 position on the free finance iPhone app charts, ahead of Chase, Coinbase, and Bank of America. Current Pay requests are also up by a factor of eight since the video went live.

You can check out the latest video, in which four of MrBeast’s friends compete to win $100,000, below: