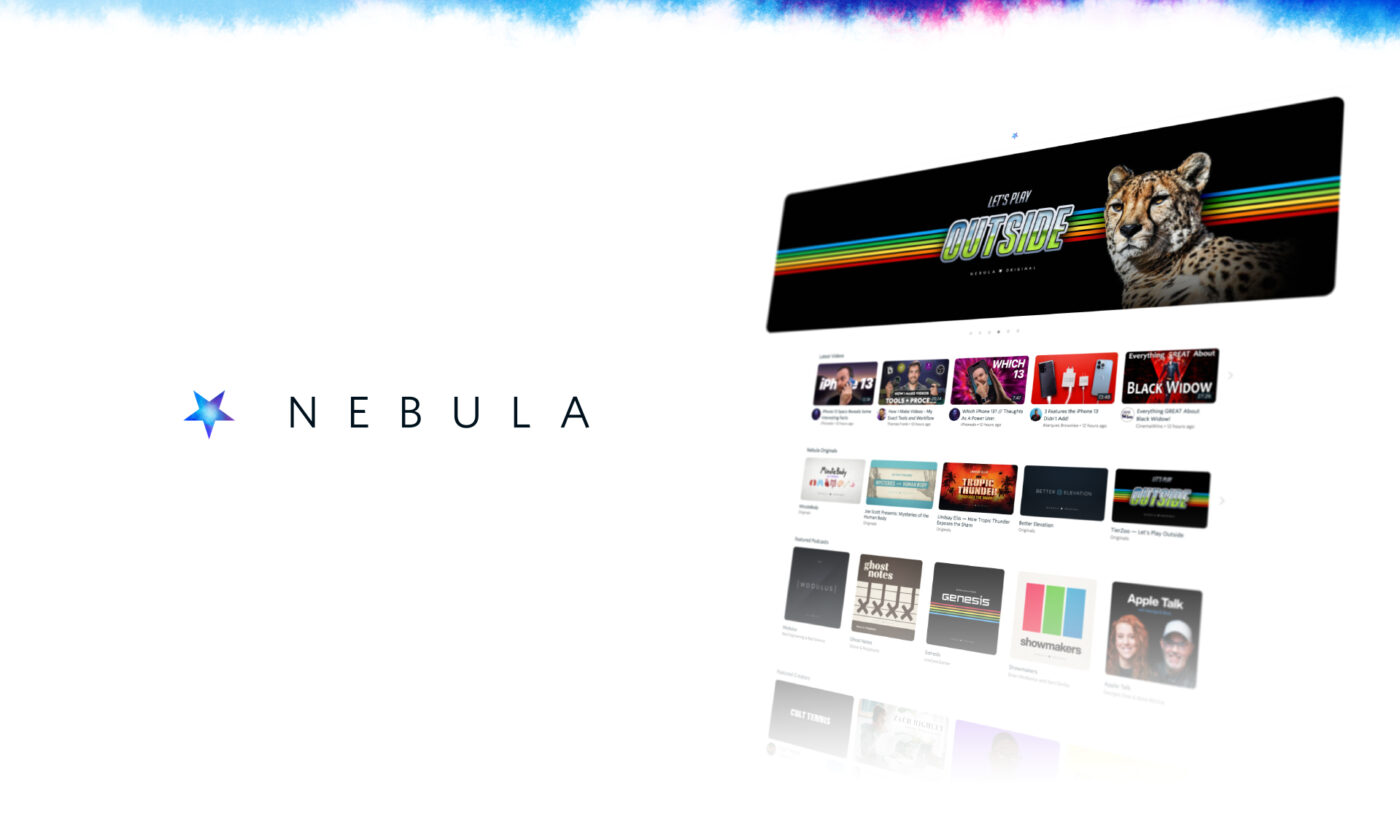 Creator-owned streaming service Nebula, which bills itself as a “thoughtful expansion pack for YouTube,” has received its first investment.

Longtime content partner Curiosity Stream has seeded an undisclosed amount of money in the platform. Nebula launched in 2019 and now has more than 350,000 active, paying subscribers (up from 100,000 this time last year).

Nebula offers nearly 10,000 videos from more than 100 digital creators, most of whom are managed by Nebula’s parent company Standard. Some of the videos are duplicates of what creators have available on their YouTube channels, some are Nebula Plus clips that offer extra or behind-the-scenes footage from YouTube content, and some are Nebula Originals that are exclusive to the service and made using Standard’s production resources.

Standard founder and CEO Dave Wiskus tells Tubefilter the “vast majority” of Nebula’s subscribers have come to the platform via a partnership with Curiosity Stream.

The two services joined forces in early 2020. Curiosity Stream sponsors content from select Nebula creators, and also offers a bundle subscription deal: pay for a year of Curiosity Stream ($20) and get Nebula ($5 per month on its own) automatically, for free. In exchange, sponsored creators obviously get to pocket their sponsorship dollars, and Nebula itself receives an undisclosed portion of Curiosity Stream’s subscription revenue.

Devin Emery, Curiosity Stream’s chief product officer and EVP of content strategy, says that working with Nebula on the bundle deal highlighted how compatible the two services are.

“What began as a somewhat standard (pun intended) marketing relationship quickly became more than that as it became clear that our companies were aligned in a way that meant there was a lot we could do that was deeper than transactional marketing,” Emery says.

He adds, “We believe that for the very large audience who is looking for smart content–there is going to be nothing that rivals the combined forces of Curiosity and Nebula.”

The trailer for Ghost Towns, a recent Nebula Original from Real Life Lore.

Financial details of Curiosity Stream’s investment are being kept under wraps, but Wiskus tells Tubefilter that the company is taking a minority stake in Nebula, with “options and milestones to invest more.”

The investment values Nebula at at least $50 million, Wiskus says, and will grant Curiosity Stream a Nebula board seat.

However, he clarifies, “Operational and creative control remains in the hands of Standard, and Standard answers only to the creators. Don’t worry, the inmates are still running the asylum.”

“The fact that Nebula is creator-owned gives me more of a sense of ownership over my content, and the confidence and security to take bigger, more creative risks with Nebula Plus content or Nebula Originals because I don’t need to worry about how that video is going to perform,” Harrod, an artificial intelligence expert YouTuber, tells Tubefilter. “As someone who often nerds out on the topics of my videos, Nebula has been an amazing opportunity for me to release deep-dives into technical topics that most of my YouTube audience isn’t necessarily interested in, but that a small portion of my community absolutely love.”

Wiskus says Nebula plans to use Curiosity Stream’s investment to build new product features, launch new business lines for creators, and, for the first time, run marketing campaigns. To date, the service has only been advertised by word of mouth from participating creators.