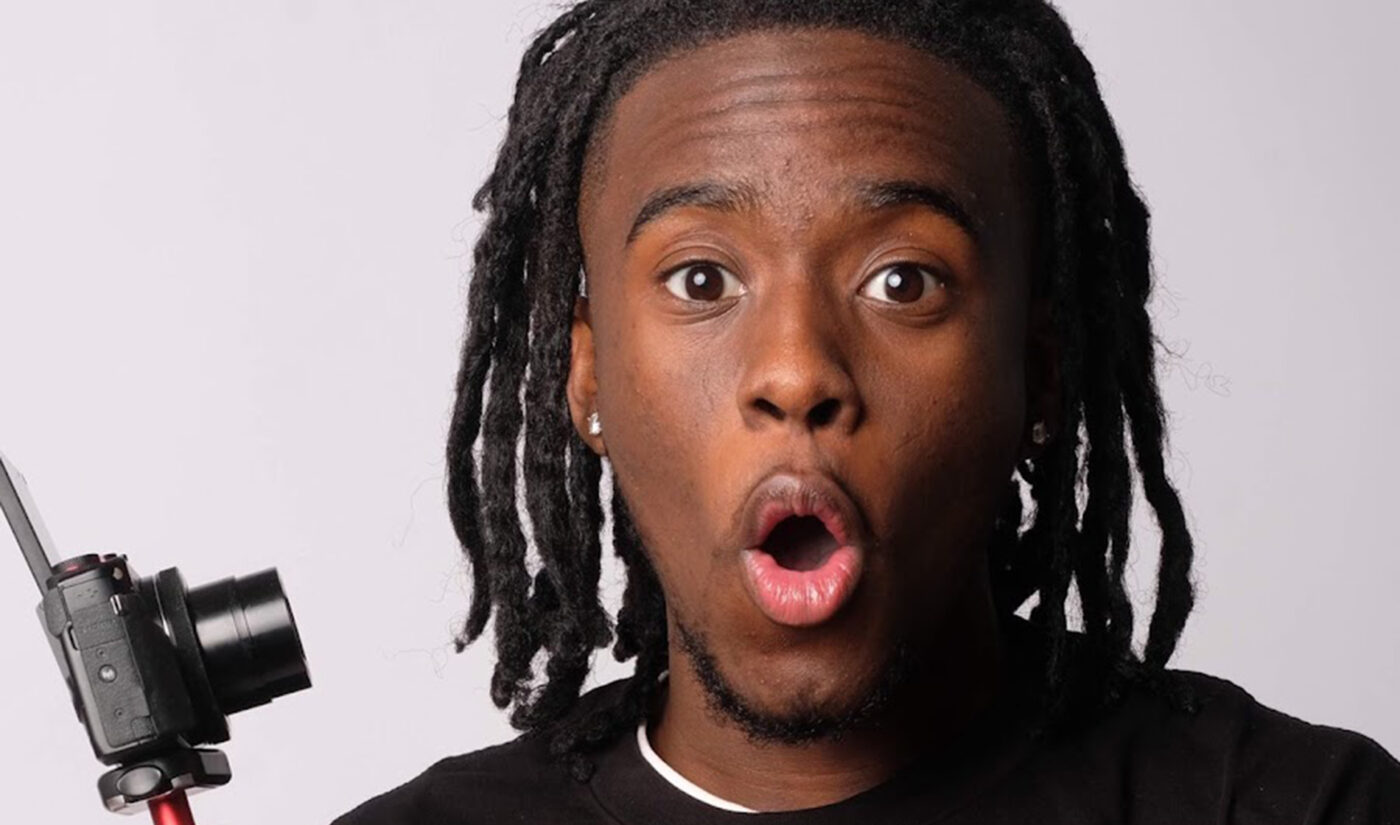 We’ve featured Cenat before here on YouTube Millionaires: He’s one-sixth of creator group AMP, which hit a million subscribers in July. But now, Cenat’s stopped by to mark his own YouTube channel crossing that threshold.

For Cenat, having enough of an audience to make a career out of YouTube is a lifelong dream. Like much of Gen Z, he grew up watching YouTubers, and started his own channel in 2018, toward the end of high school. By the time college rolled around, he’d joined AMP–which now has 1.25 million subscribers–and knew he had a choice to make: he could get a degree and a regular job, or he could make YouTube his full-time pursuit.

Of course, he chose YouTube. Over the past year, Cenat has doubled down his production schedule and put out at least one video per week, many of them featuring attention-grabbing (and probably ill-advised) stunts like playing basketball at bowling alleys and selling obviously fake designer clothing in front of the actual stores. Another big theme on Cenat’s channel is telling it like it is, from being brutally honest in job interviews (embedded below) to telling fans of Kanye West that his music sucks.

While Cenat’s main focus is YouTube, it’s not his only outlet. He’s got multiplatform goals–and says that until he reaches them, he’ll “grind each every day.”

Tubefilter: So first, hello again! Clearly your audience has grown since we last chatted about AMP! How did it feel to hit one million subscribers?

Kai Cenat: It feels amazing to hit one MILLION subscribers on YouTube. All my life, this has been my main goal, from being in middle school. It also was very emotional for me due to the fact that I’ve been through a lot in my past.

Tubefilter: For those who don’t know you, tell us a little bit about you! Where are you from? What did you do in ye olde days before YouTube?

KC: I’m from The Bronx, New York, and I wanted to be a dancer or a police officer at first, but all my life I’ve always been watching YouTube and being in front of the camera. It wasn’t until I went to college that I started to take it seriously and realize this could be a career.

KC: When I went to college, I knew I had two routes to go. I could get my degree and work a normal job, which deep inside me I didn’t want to do, or chase my dreams of being a YouTuber and start taking this really serious. So I began to upload every two days, and things started to unwrap slowly.

Tubefilter: How has the pandemic changed your life as a creator, both solo and with AMP? Has your schedule changed significantly? Have you started making any new kinds of content?

KC: The pandemic was a very harsh time for the world, but for me personally, it was one of the best things that happened, almost like a blessing in disguise. The pandemic did change the type of content I made a bit, as I couldn’t go out or see as many people, but it boosted my creativity to keep coming up with fun videos during lockdown. I also had more time at home, so was able to fully focus on my craft and get better at it.

For AMP, it kind of made things harder in terms of flights and getting to Atlanta.

Tubefilter: Is YouTube your full-time job? How often do you film (both for yourself and AMP)? What does the average day look like for you?

KC: Yes, YouTube is my full-time job. I film almost every other day for my two channels, and for AMP, we film at the end of each month. The average day for me is getting up and brainstorming ideas, then at night I also stream and have fun. Additionally, I help plan things out with AMP and make sure everything goes smoothly with our group commitments.

KC: My favorite part of making content on YouTube is doing what I love most and being my own boss.

Tubefilter: Have you expanded your personal brand off YouTube at all? Launched any merch, a related business, a presence on another social platform…? Do you want to?

KC: Yes, I’ve expanded on Instagram, Twitter, and MOST IMPORTANTLY TWITCH, where I became a streamer and it overall boosted everything for me in my life. I haven’t started my merch yet, but it is definitely in the works.

KC: From the point I’m at right now, my next goal is to be one of the biggest content creators on multiple platforms and not to get comfortable, and to grind each and every day.