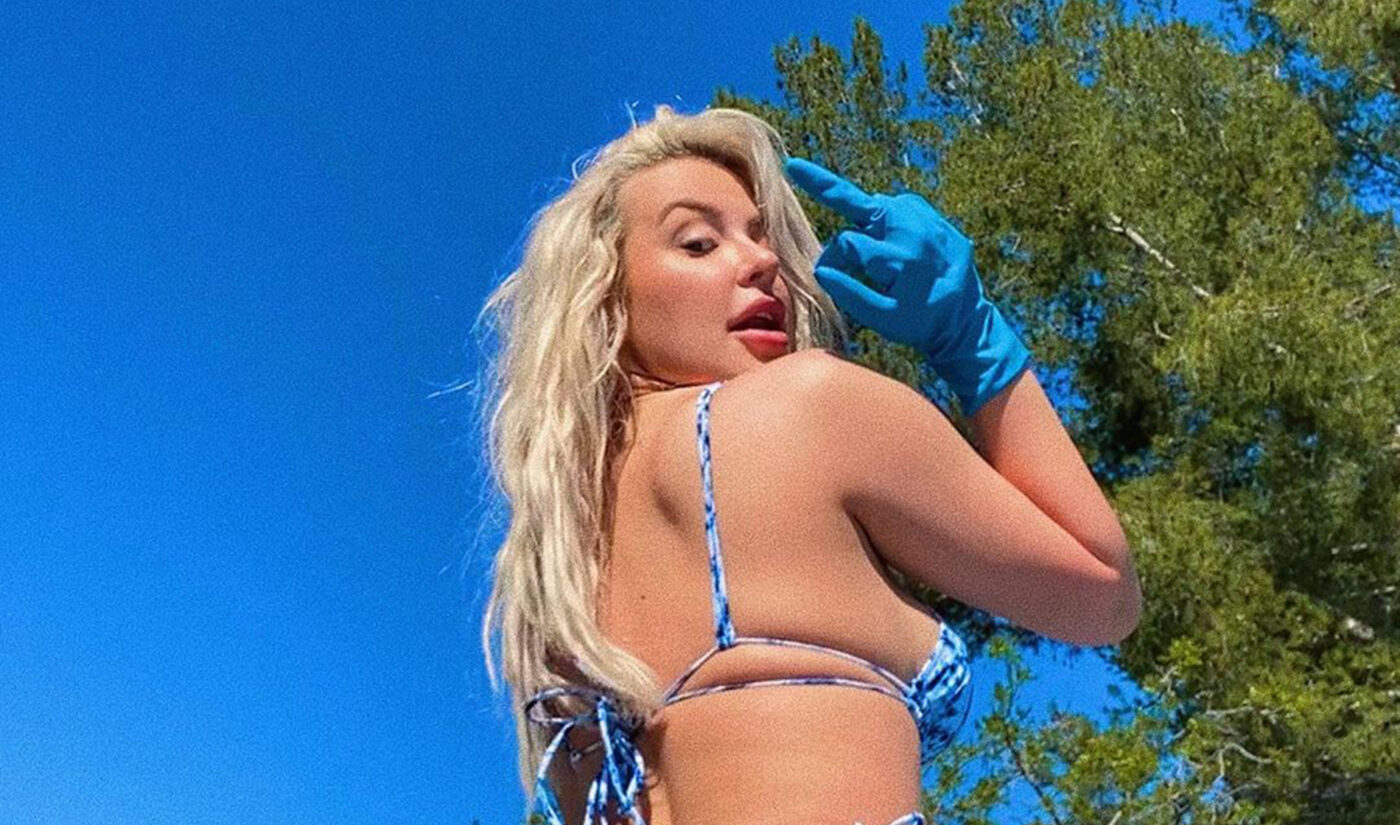 OnlyFans, a go-to refuge for online entertainers of an adult-focused bent trying to make a living, especially after other streaming-video outlets kicked them out, said it will soon stop being that refuge.

OnlyFans said it is “evolving” its content guidelines “to ensure the long-term sustainability of the platform, and to continue to host an inclusive community of creators and fans.”

It’s amusing to see the word “inclusive” used in a communique about explicitly not being inclusive, especially regarding a wide swathe of legal adult behavior and the many people who make and/or consume it.

But the issue isn’t the number of fans and creators at OnlyFans; it’s the number of venture capitalists and “banking partners and payout providers” who are apparently squeamish about supporting a site where adults pay adults for creating adult-focused content.

So out go the sex workers, in come the money guys. The company also just launched its first app and a streaming service, both SFW, for the remaining acceptable content and creators who’ll still be using the service (perhaps unsurprisingly, the indomitable Tana Mongeau announced she’s actually increasing her presence on OnlyFans).

OnlyFans now will spend its time on the slippery slope of deciding which feed featuring someone who’s not fully dressed slides into the “explicit” category of banned material. Welcome to the content-moderation club, social media’s least-loved fraternity.

The dearth of dosh that forced OnlyFans to this point comes amid an overheated era when investors are otherwise throwing wheelbarrows of cash at maturing tech companies of many, many other kinds.

It says a lot about OnlyFans that for all the things investors are funding these days, not enough of them are open to the OnlyFans’ opportunity in their quest to get a decent return. The company’s pivot to, if not squeaky clean, then clean enough, won’t be easy.

There’s no guarantee it won’t end up much like Tumblr and other sites that dumped explicit content and ended up not much better than zombie sites, too big to fail, not strong enough to matter.

Part of a bigger problem

OnlyFans is the latest round in an ongoing war over what counts as objectionable or guideline-busting content of one form or another. It’s one of the most intractable problems facing all the social media giants, their billions of customers, the brands that advertise next to that content–oh, and also the governments and societies suffering endless follow-on effects from the services’ shortcomings in moderating all our bad online behavior.

Facebook, Twitter, and the rest have been wrestling since at least the 2016 U.S. presidential election with the limits of acceptable political speech, culminating in the post-Seditious Insurrection bans earlier this year of The Former Guy and countless of his excitable fanboys and girls.

In similar fashion, the social media giants are getting roasted for not doing enough to clamp down particularly on the most egregious sources of vaccine disinformation, like the Dirty Dozen spotlighted in a recent study who were subsequently called out by the Biden administration.

Twitch livestreamers are organizing a blackout day on Sept. 1, protesting the Amazon-owned service’s inability to stop so-called “hate raids” by groups of puerile jerks who blitz less-popular feeds with a fusillade of repugnant (and often racist) language.

These content challenges, and the investors who hate them, are breaking out in plenty of other places right now too. Cannabis and blockchain accounts are having their own challenges with squeamish social-media platforms and mainstream investors, especially given the scammers and speculators crowding the fringes of both sectors.

The graveyard of social media services

The real content-moderation conundrum right now is Afghanistan, where the social media giants are figuring out whether to allow posts from the once and future despots of that war-torn graveyard of empires.

The last time the Taliban ruled the country, they smashed computers; now, they use social media for recruiting and social control. That’s…not great, and also not unlike what’s happening in other autocratic regimes around the world that still allow social media. Should the Taliban, or at least its official government representatives be allowed some sort of official place on Facebook, etc.?

There aren’t a lot of good answers here, but I’m guessing the social media giants will largely continue to ban much of what’s coming from the extremists now taking control of the country.

More generally, the Taliban troubles spotlight a much, much bigger question. This week I watched The Social Dilemma, followed by a panel discussion featuring its director and other creators, part of an Emmy campaign for the documentary (Netflix also just made the doc available for free on YouTube here).

That essential program reminded me of the incomprehensible madness of our current situation, and I’m not talking (only) about spending 20 years and $2 trillion in Afghanistan without a clear strategy or exit, not to mention the loss of many thousands of lives.

As the doc suggests, in Afghanistan and everywhere else, we’ve delegated major issues on free speech and political discourse to a handful of executives at a handful of impossibly large and rich multinational companies. We’re not liking the results, and I’m not sure the companies’ executives are liking the increasingly complex responsibilities they now have either.

Earlier this summer, I talked with Tristan Harris and Aza Raskin, cofounders of the Center for Humane Technology, at a gathering during a trip to Hawaii.

Harris, a former Google design ethicist who features prominently in The Social Dilemma, talked about his evolving concerns, moving beyond the social media giants to China. That country’s increasingly repressive government is stepping hard on opposition content found on Internet and game companies, including  material about ethnic and religious minorities.

Now, China, Iran, and Russia are all trying to figure out how to wield their influence in neighboring Afghanistan amid the sudden power vacuum there. How that plays out will be yet another challenge for the content moderators of the giants.

As for the soon-to-be-bereft adult performers now likely to flee OnlyFans, there may be some reason for hope elsewhere.

Competitors are rushing in

Competitors are already rushing to fill the void OnlyFans is promising to create. Los Angeles-based XFlixit immediately sent out a news release promising not only to allow “content creators to keep creating content” but to keep more money while doing it.

“XFlixit wants to let sex workers know they have a platform providing a premium alternative,” the company said in a release. XFlixit even offers a quick upgrade path on its website for those fleeing OnlyFans creators.

And there are others. Gigs just launched, offering all-in-one platforms for creators, and I’ve seen news releases from others. Riverside.fm this week launched improved video and audio creation tools, including 4K HD video, background noise reduction, and split backgrounds.

Regardless, I hope it works out for both a reshaped OnlyFans, and the many creators who helped make it a big deal. At least they have some options. The Afghans should be so lucky.