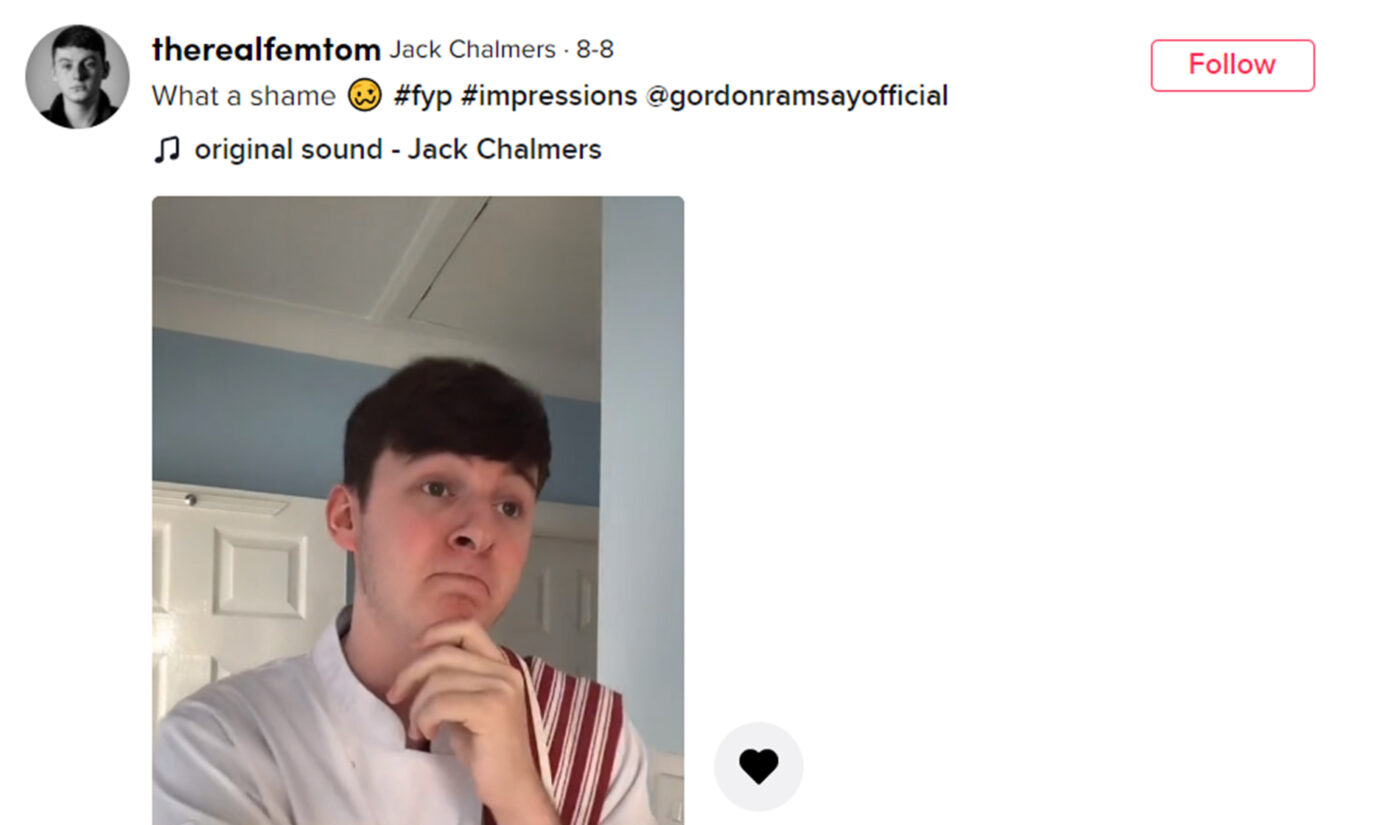 TikToker Jack Chalmers has a ticket to Gordon Ramsay’s dinner table thanks to his viral impressions of the restauranteur.

Chalmers, who’s 18 and has 856K followers on TikTok, has been mimicking Ramsay’s notoriously strident manner of engagement since January. Most of his videos have been viewed between 3 and 5 million times each, he told Insider.

But it was his latest clip, where he pretends to be Ramsay reacting to a date his 19-year-old daughter Tilly brought home, that caught Ramsay’s attention–and garnered more views than any of his previous videos.

Posted Aug. 8, the video has more than 8 million views to date on TikTok, and more than 40 million across platforms. As it was gaining traction on TikTok last week, Ramsay shared it to his own Instagram page and followed Chalmers on both platforms.

So, Chalmers got in touch with him.

“I decided to message him, thanking him for all the exposure and letting him know how much I respect and admire him,” Chalmers told Insider. “I signed off, ‘your long lost son, Jack.’”

When Ramsay replied, Chalmers said, he opened with “Hey Jack, it’s your dad!”

Ramsay (who is known for being Extremely Online) congratulated Chalmers for going viral and said to “let him know when I was next in town so he could ‘sort out dinner for you and your mates,’” Chalmers said.

Chalmers’ TikTok bio lists him as “the CEO of Gordon Ramsay.”