Creators On The Rise: For 17-Year-Old camman18, YouTube Shorts Is The “Revolutionary” Platform Turning Content Creation Into A Career 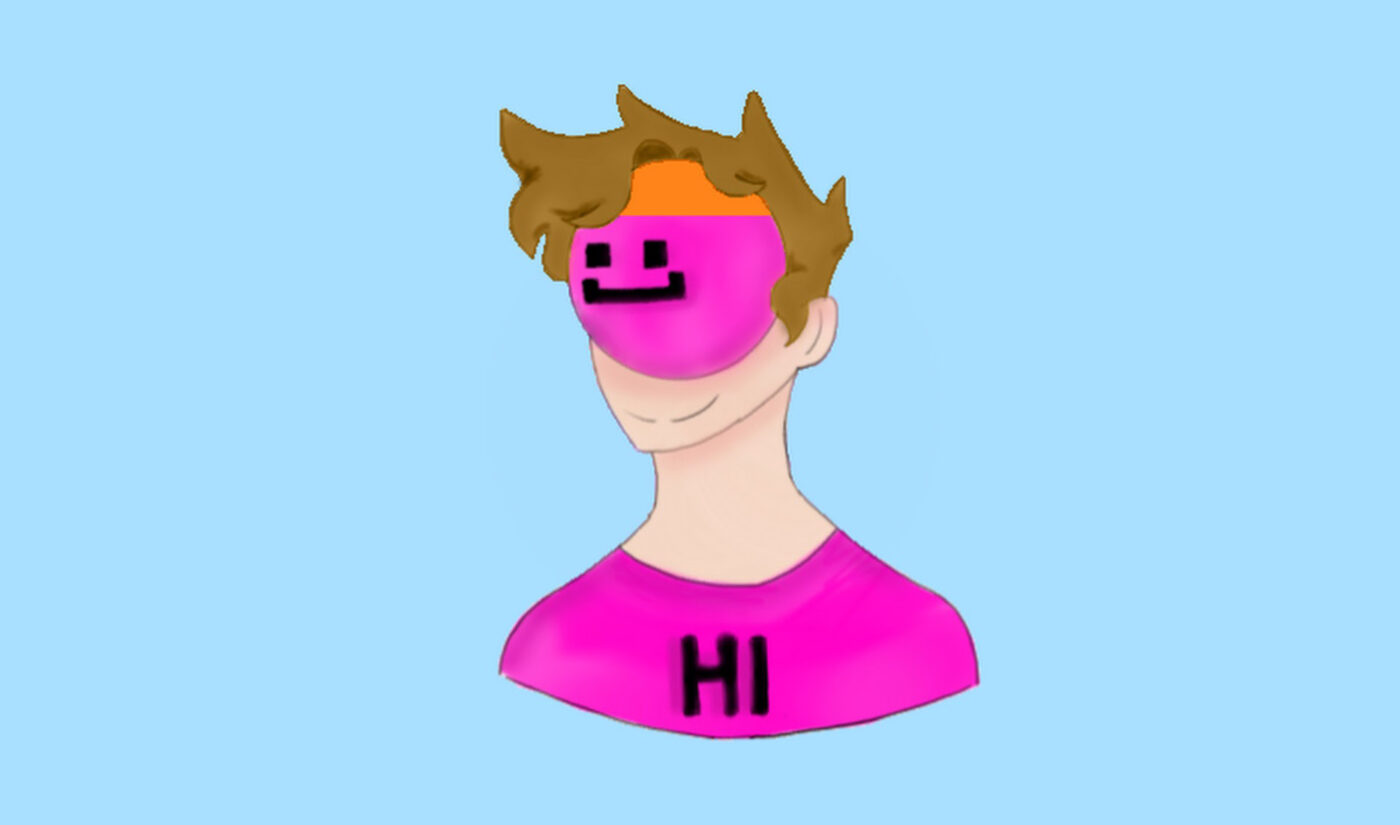 camman18 started his YouTube channel with 40 videos and a hunch.

The 17-year-old creator (who goes by just his first name, Cameron) was already a shortform content creator by the time YouTube launched its TikTok competitor Shorts. He joined TikTok in 2020, and swiftly found a sizable pocket of fellow Minecraft fans happy to tune in for his near-daily uploads.

But even while successfully amassing an audience of 1.2 million followers on TikTok, Cameron kept his eye on YouTube. Like much of Gen Z, he grew up watching content on the world’s largest video sharing site, and Minecraft, while not always the loudest game on YouTube (ahem, looking at you, Fortnite, Five Nights at Freddy’s, and Among Us), has steadfastly remained its most popular, with droves of dedicated viewers.

Cameron knew, however, that viewers being present didn’t necessarily mean they would watch his videos out of the millions upon millions of Minecraft uploads. He also knew that trying his hand at YouTube meant he would have to transition to long-form content–something that would involve learning a whole new set of skills, and would mean splitting his time away from TikTok and his burgeoning Twitch channel (43.8K followers).

Then, earlier this year, YouTube solved those problems for him.

Shorts, Cameron says, is the platform’s “most revolutionary addition” to date–one that, at least for him, is the key to finally establishing a presence on YouTube.

As soon as Shorts launched wide, he put together a strategy: He took 40 of his most popular TikToks and scheduled them to upload on his YouTube channel. One per day, every day, at 10 a.m., for two months. He’d heard YouTube’s algorithm was a notorious cavern of secrets that judged channels and creators according to a set of mystery protocols, but didn’t believe the path to success would be that hard to untangle. He figured if he uploaded constantly and consistently, with content that appealed to a steady audience, he’d do just fine.

And he was right. 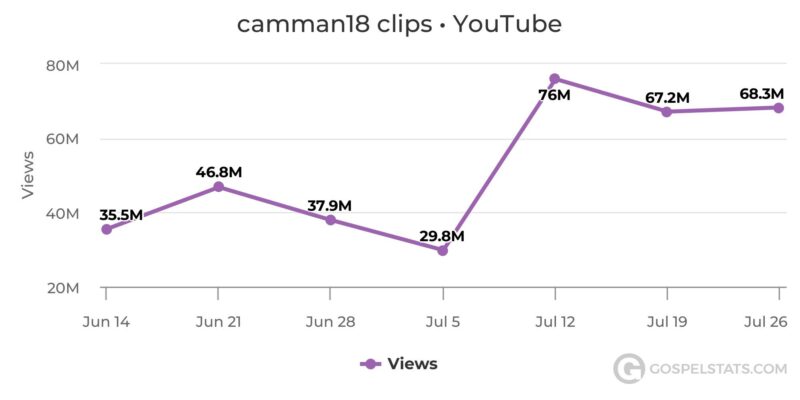 Cameron’s channel took off after he began uploading content to YouTube Shorts in April. Monthly viewership data from Gospel Stats.

Cameron’s original 40 uploads collectively netted more than 100 million views. So, when the 40 days was over, he kept going. To date, he’s uploaded 89 videos that have together brought nearly 400 million views and boosted his channel to nearly one million subscribers.

For now, Shorts is helping Cameron build the foundations of a content career with his shortform repertoire (and may, thanks to YouTube’s newly launched $100 million fund to pay Shorts creators, start to generate revenue for him). In the future, he says, he hopes to try his hand at long-form content–but overall, “I see myself doing exactly what I’m doing for as long as people are watching.”

Tubefilter: Tell us a little about you! What’s your name? Where are you from? What did you do before creating a YouTube channel?

camman18: My name’s Cameron and I’ve lived in Texas my whole life. I’m only 17, so I’m still in high school, and have been watching YouTube for about half of my life.

camman18: I started playing Minecraft way back in 2010, when my brother got it. After watching him, I started playing, and have pretty much been playing since, meaning well over half my life, I’ve been playing the game–so it only made sense to make videos of the game I knew most about. I started my TikTok account almost exactly one year ago when this is going up, but only started taking it seriously starting January of 2021. In April, I started my YouTube channel with videos I made for TikTok.

Tubefilter: You just started uploading content to YouTube in April, and your videos took off on Shorts immediately. Was there a specific video that went viral and really kicked things off? What do you think made that video particularly popular?

camman18: When I started my YouTube channel, I devised a strategy. I had around 40 of my highest-quality TikTok videos, and scheduled them to go out every day at 10 a.m. before uploading a single video. This meant that from April to June, I practically didn’t touch my YouTube channel, and the uploads went out consistently. This meant that there wasn’t really a “blow-up video,” and once the algorithm recognized my consistency, I was awarded.

camman18: YouTube Shorts is definitely the most revolutionary addition to YouTube since its creation as far as accumulating views, but it’s much different than long-form content. In my few months of uploading, I’ve almost gained a million subscribers, which is extremely quick compared to YouTube main, but it comes with some down sides. When gaining viewers through YouTube Shorts, they’re less interactive with your other social medias (Twitter, Instagram, Twitch, etc.), because there is less of a connection due to most viewers not even having a single watch hour to their name.

Tubefilter: Can you talk a little bit about your production process? How long does it take you to create the average video?

camman18: Depending on the type of video I make, the production process usually consists of writing a script, recording myself reading the script, recording gameplay, and editing and posting. This could probably take only three to four hours if I’m fully concentrated, but usually videos turn out better when you let them sit for a while, so it’s usually about five hours of work spread across a couple more hours.

Tubefilter: Why does making short videos appeal to you? Would you consider making longer-form content, or is shortform where it’s at?

camman18: I definitely want to make long-form content in the future, because that’s how you create more of a name for yourself, but right now it would seem foolish because of the sheer numbers of subscribers I’m gaining is surpassed by very few in the Minecraft subgenre.

camman18: It’s actually funny because I’ve probably gained the most popularity I ever have in the last two weeks, despite being out of town and not posting any content. I’m not gonna change much about my life as of now since I’m just 17, just gonna try to keep maintaining the channel.

camman18: My favorite part about making content is probably seeing how good I can make a video and how many views will result from it. Most people think that there’s some sort a secret YouTube algorithm that you have to study for years to figure out, but it’s really not that complicated. Better content = more views, and I look at it as sort of a video game trying to top my high-score with each video.

camman18: I think I see myself doing exactly what I’m doing for as long as people are watching, and when they stop, I will adapt by doing things like switching to long-form content. I think one of the most important things about being a content creator is being able to quickly adapt to the landscape.