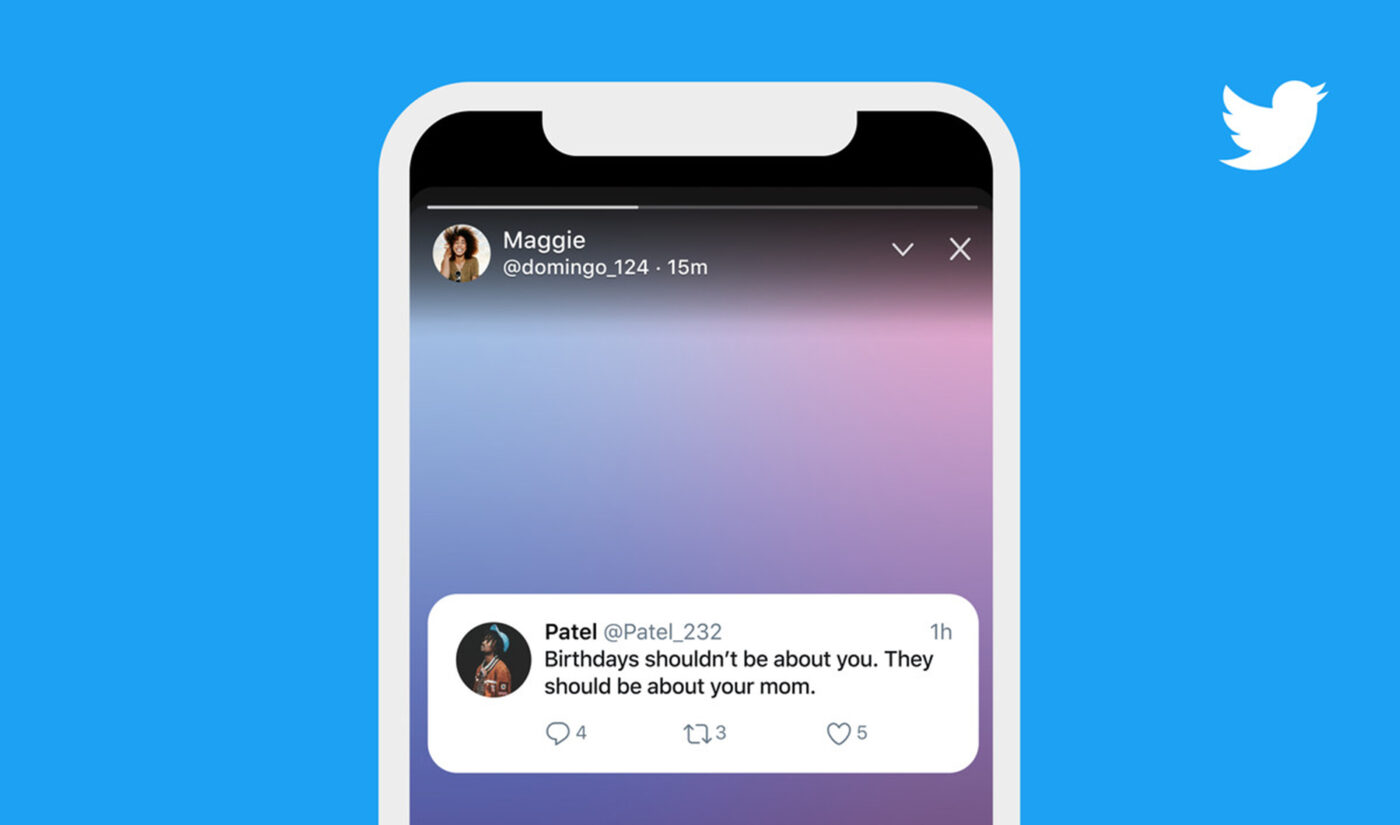 Just eight months after the years-belated Snapchat Stories copycat launched to users–and one month after Twitter began running ads alongside its content–Fleets is being shuttered due to low engagement.

we’re removing Fleets on August 3, working on some new stuff

Brown added that Twitter plans to “continue to build new ways to participate in conversations, listening to feedback and changing directions when there may be a better way to serve people using Twitter.”

That said, it’s worth noting Fleets–which, like Stories on Snapchat, Instagram, and YouTube, are temporary posts that disappear after a set amount of time–are prominently displayed at the top of Twitter users’ feeds. When the feature shuts down Aug. 3, that eye-catching space will belong solely to, well, Spaces.

Spaces, Twitter’s in-beta audio chat feature, is ostensibly one of many competitors for new tech unicorn Clubhouse. It allows users to do things like broadcast audio content and hold conversations with other users–and all the while, hosts’ followers can listen in.

Currently, live Spaces are highlighted at the head of the Spaces/Fleets row, but with Fleets gone, the entire area will be dedicated to audio content.

Why might Twitter want to draw more attention to Spaces? Possibly factoring in are its plans to introduce pay-to-listen events called Ticketed Spaces, from which it will take a 3% cut of creators’ sales. Considering Twitter’s lifetime struggle to monetize its content, a decision to prioritize prime real estate for audio posts that generate revenue over Fleets that didn’t wouldn’t be very surprising.