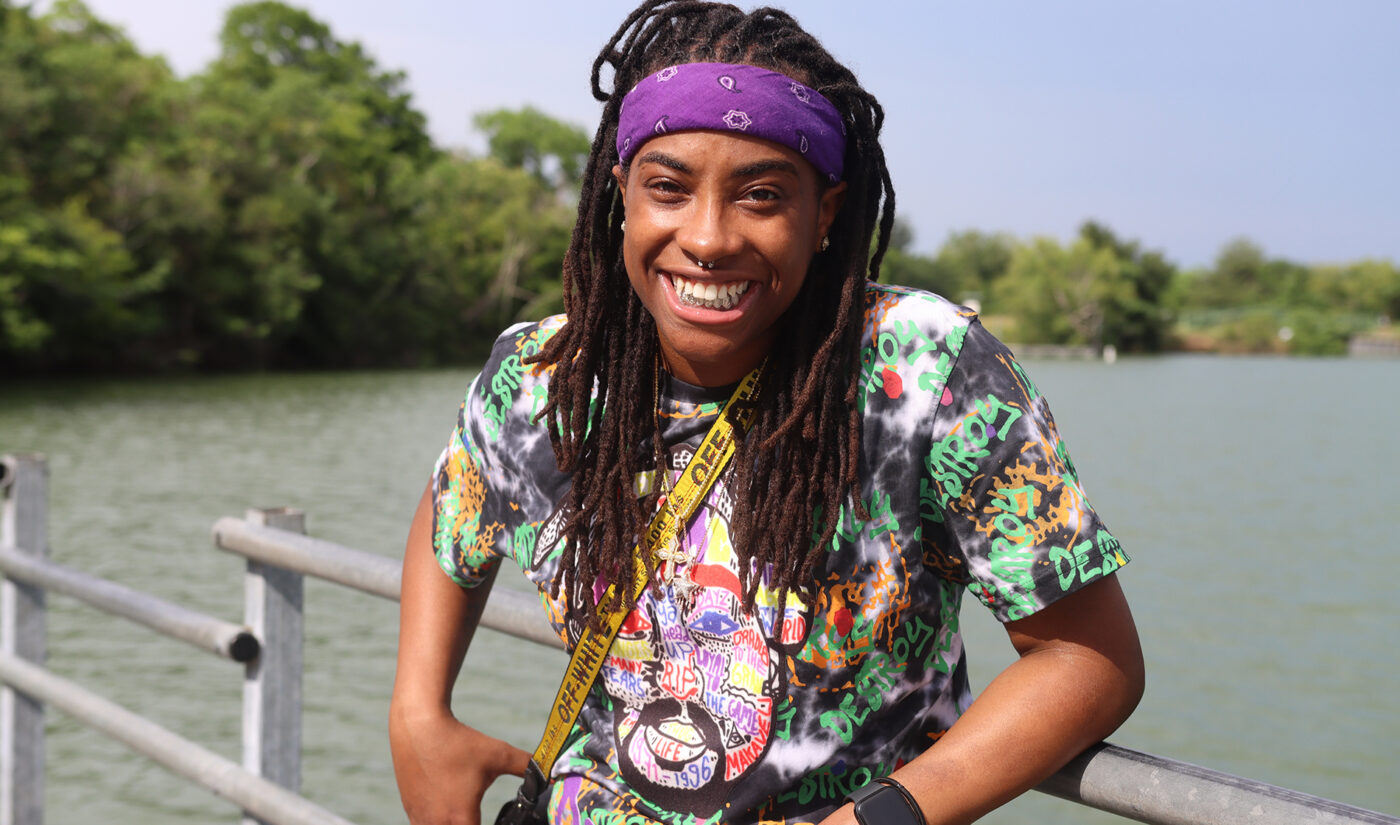 DankScole wasn’t sure YouTube Shorts would work out for her.

When the shortform video platform rolled out in the U.S. earlier this year, the 24-year-old creator (who IRL goes by Shanice Cole) was primarily focused on growing her TikTok presence. She began uploading videos there in 2019, after a college classmate urged her to share her longtime hobby–making casual, funny, relatable skits for friends and family–with the internet.

However, Cole wanted to stake her spot on more platforms–and make longer-form video content. In 2019 and 2020, she tried to make a cross-site approach work by streaming games like Fortnite and NBA 2K on Twitch, and posting the occasional longer video on her YouTube channel, but she could never quite find a way to balance making content across all three platforms. And though she quickly amassed millions of followers on TikTok (she’s at 5.7 million now), they didn’t seem willing to follow her to other sites.

Like many of our other Creators on the Rise featurees, Cole suspected YouTube Shorts could be a game-changer–but she wasn’t certain. So, she decided to try something: she would upload content to Shorts every single day for 30 days. If her videos didn’t prove popular, she would make TikTok her No. 1 platform for good.

Cole didn’t really expect the experiment to pay off. 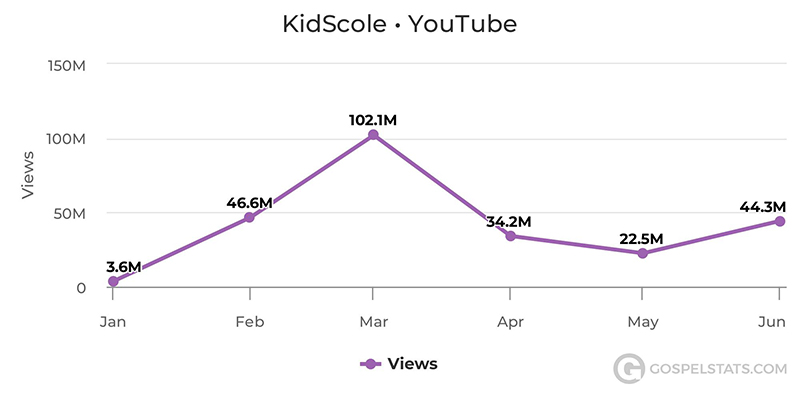 For Cole, the success of these longer-than-average videos are evidence that on YouTube Shorts, she can make more expansive content that brings in the kind of viewership her videos on YouTube main did not. That’s why she’s still uploading daily videos to Shorts four months after her 30-day experiment ended–and why she thinks Shorts is the driving force behind her now full-time content career.

Tubefilter: Tell us a little about you! What’s your name? Where are you from? What did you get up to before launching a YouTube channel?

DankScole: My real name is Shanice Cole, hence Scole (S.Cole). I grew up in Milwaukee, Wis., spending most of my time playing basketball and focusing on school. I was going to college at University of Saint Thomas when I started my YouTube channel from zero subscribers. Creating content on YouTube has always been something I wanted to do since I was young, but I never had the confidence until one day I was just like, Why not? I’ve always been known as the funny one.

Tubefilter: When and why did you decide to start posting content on YouTube? Were you inspired by other creators? What was your goal when you started your channel?

DankScole: I always made funny videos on campus for friends, and one day someone was like, “You should do more.” I guess at that moment, I realized maybe I should. I spent a lot of my childhood making skits and remaking music videos for my siblings. I had so many imaginary movies and concerts that I put on that I forced my siblings to watch.

As far as inspiration, my biggest idol is actually Drake. I was a fan of his music early, and he has always motivated me to work hard at whatever I do. If I had to choose a creator, my biggest inspiration would be my younger brother SplashBoyChris. When I started YouTube, my brother had about 2K subscribers, which seemed like a lot at the time. He also pushed me and gave me the confidence to create.

My original goal when I started YouTube was to make gaming skits/movies with my friends and family. Boy, how things have changed. I’d say DDG played a huge role in that inspiration too.

Tubefilter: We see your earliest videos were about gaming, but it looks like you switched things up pretty quickly and began producing the kind of comedy/lifestyle content that’s your bread and butter these days. How did you find out that was the kind of content you liked to make?

DankScole: I always did pranks and lifestyle things in my live streams on Twitch–even though there wasn’t a lot of women on Twitch, that never fazed me. I always had fun when I was able to be myself, so I decided that’s what I wanted to center my content around. Plus, I really enjoyed playing: Fortnite and NBA 2K. I think the biggest thing that helped me find my niche was being away from my family while in college. I wanted to create things they could watch while I was away.

DankScole: I would have to say the biggest contribution to my increase was my consistency. I originally made a name for myself on TikTok, where right now I have close to 6M fans, who I’m so grateful for. I always want to do longer videos, and it’s been one of my goals to be a star talent on YouTube. I just couldn’t find a way to balance between two platforms. Once Shorts came about, I told myself I’d post daily for 30 days, and if I didn’t see change, I’d just continue to build my brand on TikTok. My relatable parodies like this one always did pretty well, but Shorts gave me a way to post more while working on my longer videos.

Tubefilter: Has Shorts played a significant role in your engagement spike?

DankScole: Oh, definitely! Shorts are a good way to have your face seen, and it’s for sure played a HUGE role in my engagement spike. It’s allowed people to see me more and establish myself as a Black LGBTQ+ woman comedy creator. I saw Shorts as a way to grow and showcase how cultured and relatable my comedy can be like in this video. Once people see your face, it’s all about connecting and making people feel good through consistent entertainment.

DankScole: I would say for me, it’s a lot easier to attract an audience and subscribers. Once you build that army of loyal fans, they’re going to want to watch everything (long or short). I think Shorts also helped because I haven’t done many collabs with other creators. Most of my content is with myself and family, but YouTube isn’t like how it was back in the early 2000s–now most people spam collaborations. I’m just not like that. I truly take pride in the relationship I have with my fans, so I had to figure out ways I could build my brand while staying true to myself.

Tubefilter: What’s your production process like? How long does the average video take from conception to posting?

DankScole: As far as skits, I’ll script out the skit, then create a shot list and shoot the video. The average skit will probably take me about three to four hours. Parodies are a bit different because I have to script everything and record my own music. I can do a full parody from scratch (without breaks) in about 20 hours. It’s kinda hard because I play all my characters like Mama Dank, Lil Dank, and myself as Shanice. My lifestyle videos are on the spot, so depending on the video editing could be anywhere from two to five hours, like.

DankScole: Honestly, I just want people to smile and know that if I can make the best of my situation; then they can as well.

DankScole: I am very fortunate to say I am a full-time creator and can now focus more on my long-term goals I set for myself. I brought on a new management team, Vanessa Beals at Underscore Talent, to really help me find ways to use my content to grow and expand my business–I want to do so much more outside of making content.

With my YouTube, I want to start doing more lifestyle videos and showing my personality through those. Most of my fans know, my biggest goal was to move my family to Houston. Now that I have done that, I definitely want to make more content involving my family, and build my business. It’s more fun when I’m around people who make me feel at home.

DankScole:  By far my favorite thing is that I’m able to be myself. People always gravitate toward me and see me as the “cool” person, but honestly I’m super weird and awkward.

DankScole: I’m currently gearing up to show the world that I have many talents, one of them being that I love making music. I have a music project dropping this month where I’m going to show my fans how I love to write, produce, and direct my own music and music visuals. I also have merch dropping at the end of this summer, so I’m really excited about the rest of this year. Where I see myself in the next five years, is touring and pursuing music. I see my YouTube, hitting 10 mil subs, and my younger brother and sister at one million–YURRR!