Creators On The Rise: Lisa Nguyen Has Always Loved Food. Now A Million People Are Watching Her Learn To Make It. 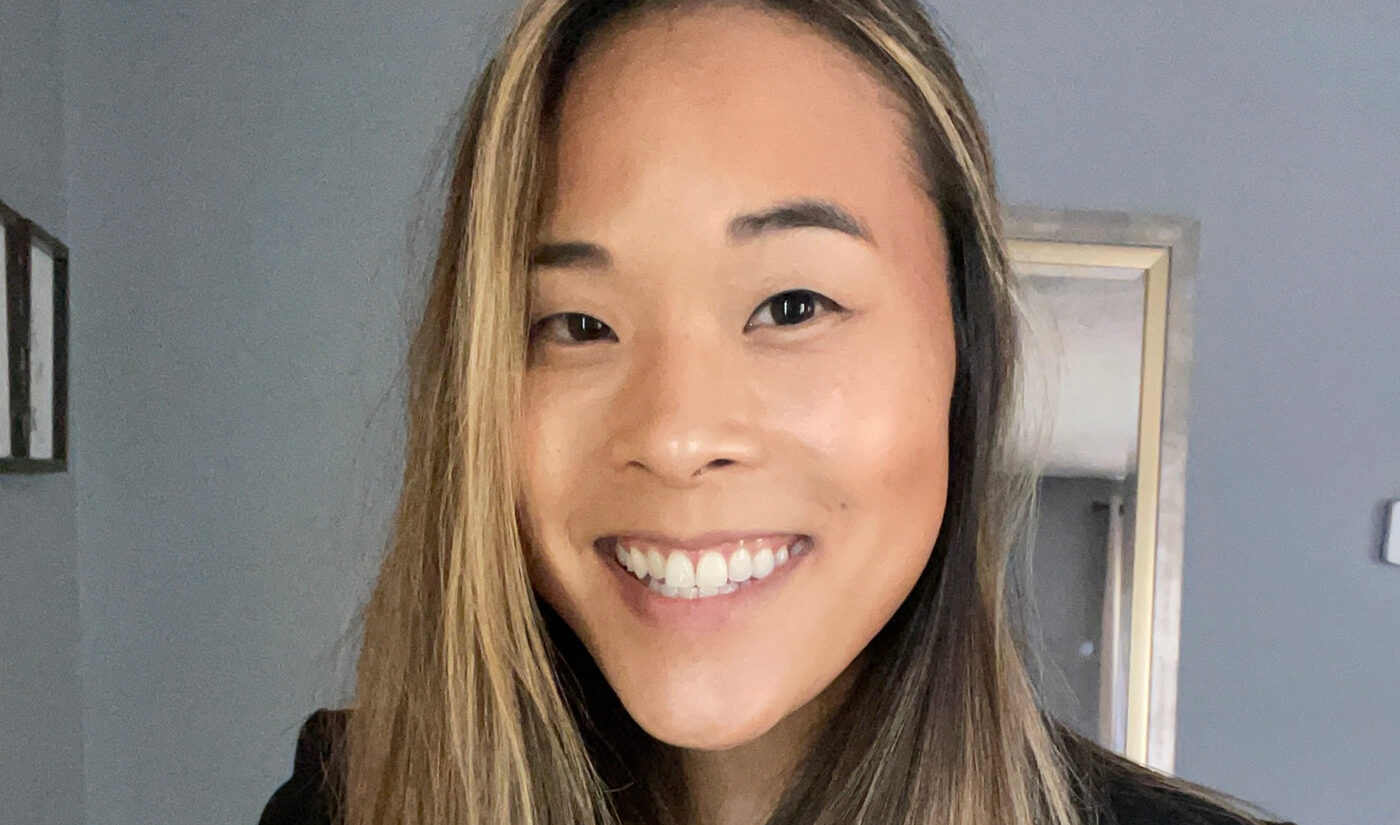 By her own judgment, the Kansas-based creator was not exactly a professional chef at the beginning of the pandemic. Her skills were more along the lines of microwave ramen than filet mignon. That doesn’t mean, however, that she’s inexperienced in the ways of the kitchen.

Over the past few years, Nguyen has spent countless hours behind the scenes at restaurants–she just wasn’t the one preparing food. As the founder of culinary videography company Telehue Food, Nguyen made a full-time job of traveling to small and family-owned restaurants around the U.S. to document their signature dishes and tell their origin stories. She shared these videos on Telehue Food’s various social media accounts, and attracted modest followings of 75,000 people on Facebook, 54,000 on Instagram, and 159,000 on YouTube.

Then, in early 2020, Nguyen found her Telehue Food travel schedule restricted by COVID-19. Stuck at home and stuck eating instant noodles meal after meal, she decided to take a crack at being a culinarian herself.

Nguyen began uploading videos of her trial-and-error cooking tests on TikTok, where to date she’s amassed 1.6 million followers with videos about making everything from hot pot to steak and potatoes to lobster to uber-fancy french toast. In December, after YouTube launched its TikTok competitor Shorts, Nguyen launched a channel separate from her Telehue Food account and began bringing her shortform content over to see whether YouTube viewers wanted to dig in.

Turns out they did.

Nguyen’s channel took off in January with the introduction of her spice tolerance series, which saw her consuming a variety of hot foods as preparation for undergoing the buzzy spicy noodle challenge. The series was originally supposed to follow her for just four days leading up to the challenge, but when Nguyen failed her first noodle attempt, she decided to keep the spice adventures going. 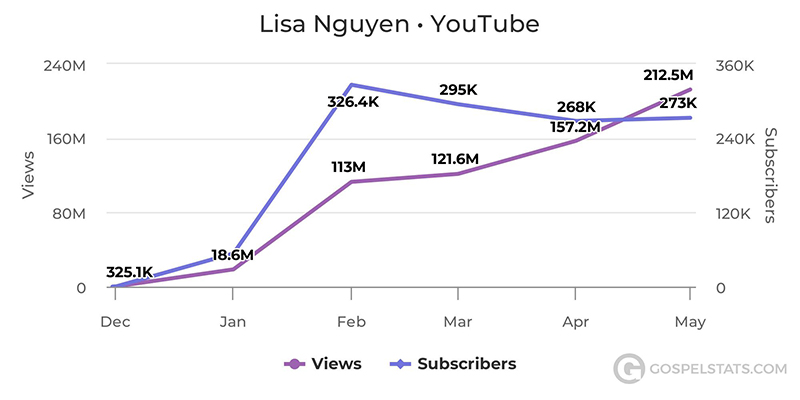 For Nguyen, the spike in engagement has “fueled my fire to continue what I was already doing, but on a bigger scale,” she says. She has plans for livestreamed content, is developing merch, and–when the pandemic eases–hopes to travel internationally, seeking more delicious dishes to share with her audience.

Tubefilter: Tell us a little about you! Where are you from? How did you get into cooking?

Lisa Nguyen: My name is Lisa Nguyen, and I was born and raised in Kansas. I only recently got into cooking last year, during the pandemic. I was cooking a bunch of instant ramen at the beginning of the pandemic since I didn’t know how to cook, and that’s what led me into trying to cook other things. I’m still learning every day!

Tubefilter: You run a business and website called Telehue Food. What is Telehue Food? When did you launch it? Why did you decide to focus on travel content, and why do you feature small and family-owned businesses?

LN: Telehue Food is a company I founded a few years ago. I film and edit restaurant videos to highlight the food as well as tell the story about the people behind the scenes. I focused on travel content because that’s what I wanted to do and still do. I want to travel to new cities, states, and countries to try different cuisines and learn more about other cultures.

The reason I focus on family-owned businesses is because they don’t always have the biggest marketing budgets, and typically videos are the last thing on their minds. If I can go in and shoot a video, edit it, and then post it on my platforms to bring new customers to their restaurant, then I’ve done my job. And it’s not completely selfless, because I’m building my brand along with them building their businesses.

Tubefilter: When did you start making videos on YouTube? Why did you choose YouTube as your main platform? Did you know what kind of content you wanted to make when you launched your channel, or did you figure that out along the way?

LN: I started making videos on my Telehue Food YouTube channel a few years ago. I posted behind-the-scenes footage of my restaurant visits along with random food videos at home. My biggest platform was Facebook, then TikTok, and now my YouTube channels are surpassing both of them.

I didn’t intend for YouTube to be my main platform, but I’m very happy that it is. When I started my channel, I always knew I would create food content. I just never knew I would get to enjoy cooking so much. I thought I was just going to continue to do restaurant videos, so the cooking thing is definitely a surprise.

LN: My YouTube channel got a huge boost in the beginning from my spice tolerance series [embedded above]. In January, I decided to build my spice tolerance in order to try to beat a spicy noodle challenge. It was only supposed to last four days, but here we are coming up on Day 19. I think it is so popular because people just like to see other people in pain. And I think people were genuinely interested to see if it’s possible to build your spice tolerance.

After that, I’ve been dabbling in a bunch of random food content. In the beginning, it was a mix of instant ramen, steak, and spring rolls, but I’ve been really trying to expand my cooking skills.

Tubefilter: You’ve been posting a lot of content to YouTube Shorts, and Shorts has been a big part of your recent increase in subs and views. Why did you start posting to Shorts? Have you tried posting shortform videos before?

LN: I created a second channel under my personal name in November, when I heard about YouTube Shorts. I had grown to about 300,000 TikTok followers at that time, so I thought I would just create a test YouTube account where I repurposed my TikTok videos. I had about 200 short videos at that time, so there was an abundance of content, but being able to post them as Shorts on YouTube meant that I was able to reach a new community. And luckily, most people liked my videos. At the end of January, my videos got picked up by the algorithm, and it’s been a wild ride since.

LN: YouTube Shorts has allowed me to share my stories with people from all over the world. And I couldn’t be more thankful. By starting off with short videos on this platform, it also paved the way for me to be able to create longer content as well–which I’ve had experience with on my longer restaurant videos on other platforms.

LN: The main thing that I hope people take away from my content is that hopefully people realize cooking is not as intimidating as it looks. I mean, I went my entire life barely cooking, and now I create cooking content for potentially millions of people to see. We all have to start somewhere, and I hope through my cooking mistakes, people are able to learn as well.

Tubefilter: Has your recent engagement uptick changed anything for you? Do you have any new plans or goals for your content career? Is content a full-time pursuit for you right now?

LN: The recent engagement uptick has just fueled my fire to continue what I was already doing, but on a bigger scale. I want to travel internationally as much as possible. I’ve made many virtual friendships over the past year, and one of my goals is to be able to meet them all.

LN: My favorite part about creating content as a whole is getting to share stories that other people find relatable. This sounds cliche, but we’re all not that different from each other.

LN: I’m actually working on merch right now! I’m finalizing the designs, but should have them out soon.

I’ve got some big trips planned for the upcoming months where I’ll be meeting up with foodies to shoot a bunch of food content.

On top of that, I am trying to do as many cooking livestream collabs as possible. I’ve been doing about one a week with food content creators I’ve meant virtually.

Lastly, I’m excited to continue to grow my gaming channel. I used to game a lot back in high school, and now I’m getting back into it and I’m getting the chance to meet more amazing people!

In five years, I hope my cooking has gotten much better. And I hope I’m still traveling and filling my belly with delicious food!