Influencer Marketing Startup ‘ThoughtLeaders’ Has Developed A Data Platform For Creators, Brands To Vet One Another 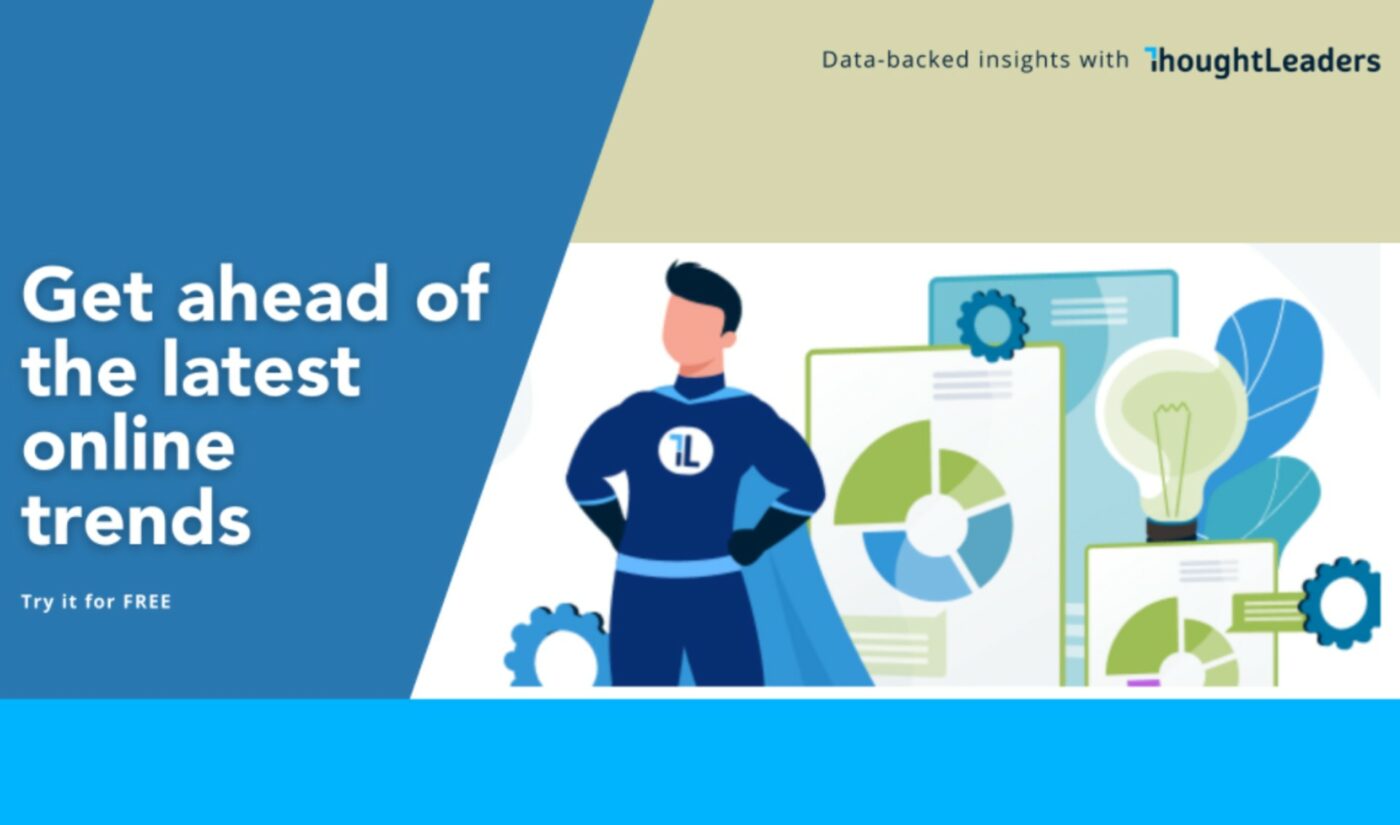 Influencer marketing firm ThoughtLeaders is seeking to set itself apart with a keen focus on data.

While the Tel Aviv-headquartered company helps brands plan influencer campaigns and reps creators for sponsorships — like any standard agency — it has concurrently developed a data platform called Sponsorship Intelligence (SI). SI serves both of the aforementioned arms of its business, and is vended as a subscription to the industry at large.

“The majority of our revenue comes from the campaigns we run for brands and the creators we work with,” Shoshana Eilon, ThoughtLeaders’ VP of Innovation, tells Tubefilter. “But our main infrastructure goals and the place we’re putting most of our effort is on the data side, because that has so much potential — though it’s also a much bigger project.”

How often does a brand sponsor a creator?

The platform can glean, for instance, how many times creators have engaged in sponsorships, and whether those collaborations were successful. Key indicators here, Eilon explains, include repetition rates over time (if a brand and creator opt to work together over and over), viewership figures, likes, and the nature of the integration itself (including video and description box content).

This data is predominantly used by brands to discover and vet creators it may want to work with in the future, she says.

Similarly, SI can provide learnings about a brand’s sponsorship history to creators, which can be harnessed for outreach in the other direction. Stats that could be of interest on this end include the frequency with which a brand has appeared on a certain channel, and how much a brand has paid creators within a certain content category.

SI enables creators to discover brands that are sponsoring other content in their verticals, as well as to use data about their own performance to negotiate optimal deal rates.

SI is similarly used by influencer agencies, enabling them to see the types of brands that are locking in longer-term sponsorships, and thus pursue these partnerships more diligently. Agencies can also look at competing channels and uncover new potential brand partners, ThoughtLeaders says. 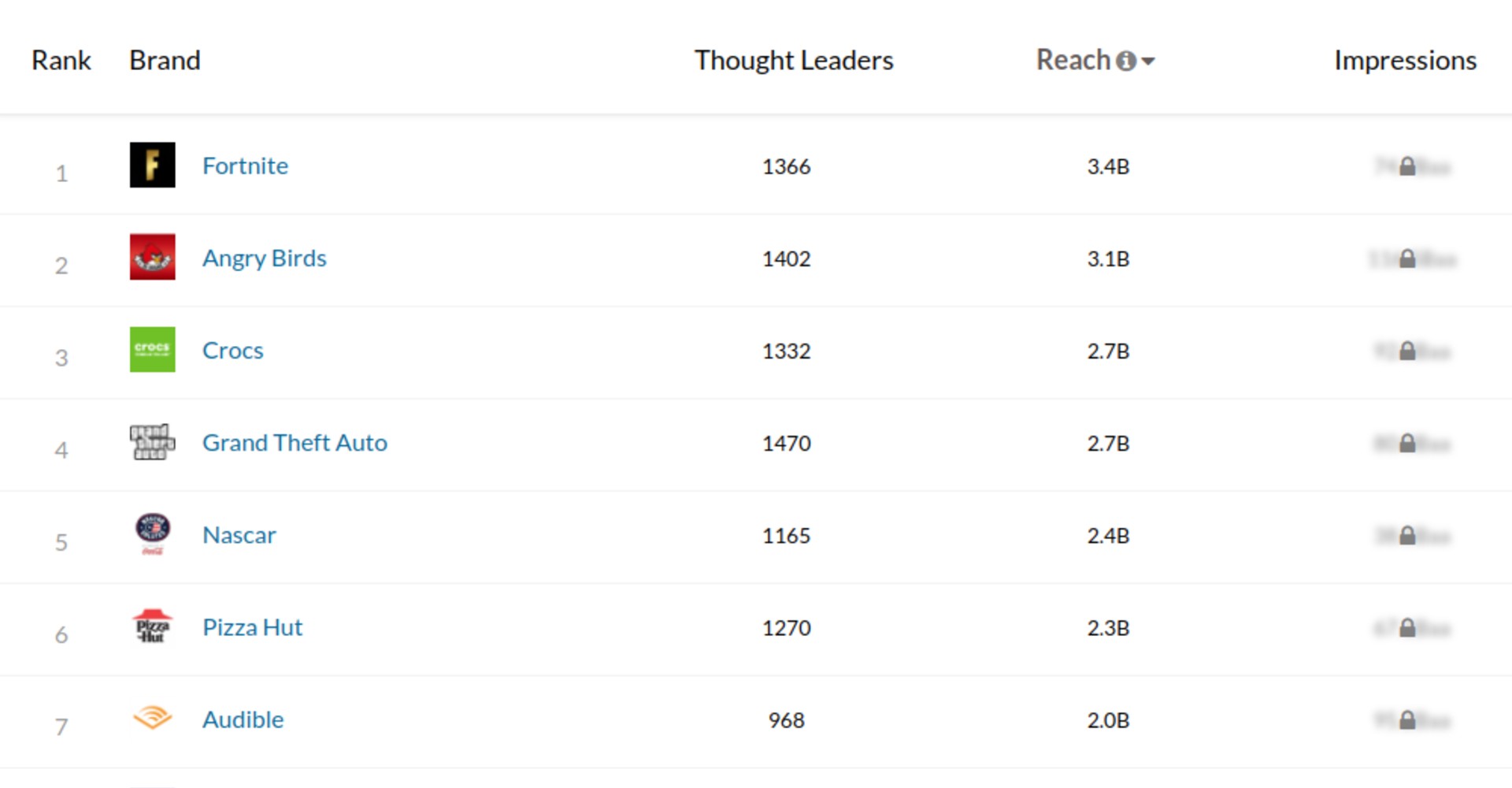 Furthermore, Ben Goldberg at Toronto-based influencer agency Dulcedo said that, in the space of one month, he vetted 207 brands using the SI platform, and went on to reach out to around 90% of them.

Creators and brands can access SI through four different subscription tiers — ranging from a free option, called the Trends Report to a $12,000 yearly Enterprise Plan, which furnishes custom insights tailored to a particular creator or campaign, Eilon says.

The company also furnishes three free leaderboards that track the brands who most frequently harness influencer marketing on YouTube (pictured above), podcasts, and in email newsletters.

From podcast to influencer data platform

ThoughtLeaders’ founding story encapsulates its focus on data to maximize content sponsorship. The company was founded in 2017 by CEO David Tintner, who at the time hosted a podcast about software development titled Hacking UI, which subsequently morphed into a email newsletter, Eilon recounts.

At the time, Tintner developed data-gathering tech in order to find prospective content and advertising leads by looking at competitors in the space.

After realizing a greater opportunity, Co-Founder and CRO Daniel Conn came onboard with the idea that helping other content purveyors on their own sponsorship opportunities could expand the business exponentially — whereupon ThoughtLeaders was born. The company’s third Co-Founder and CTO is Michal Sela, who arrived shortly thereafter. Toward the end of 2018, Eilon says, the company began to shift toward the YouTube space in a major way.

“I think it’s important that that dev know-how and appreciation of data was there from the beginning, and leads us up to where we are today,” she says, noting that the company’s ultimate goal is to furnish sophisticated insights in a way that’s intensely user-friendly.

“Our goal in building the data platform has been to strike the balance between something that enables clients to dive into the data in a very scientific way with lots of customizable insights but that can go to the mass market in a way that is is accessible for everyone,” she says.