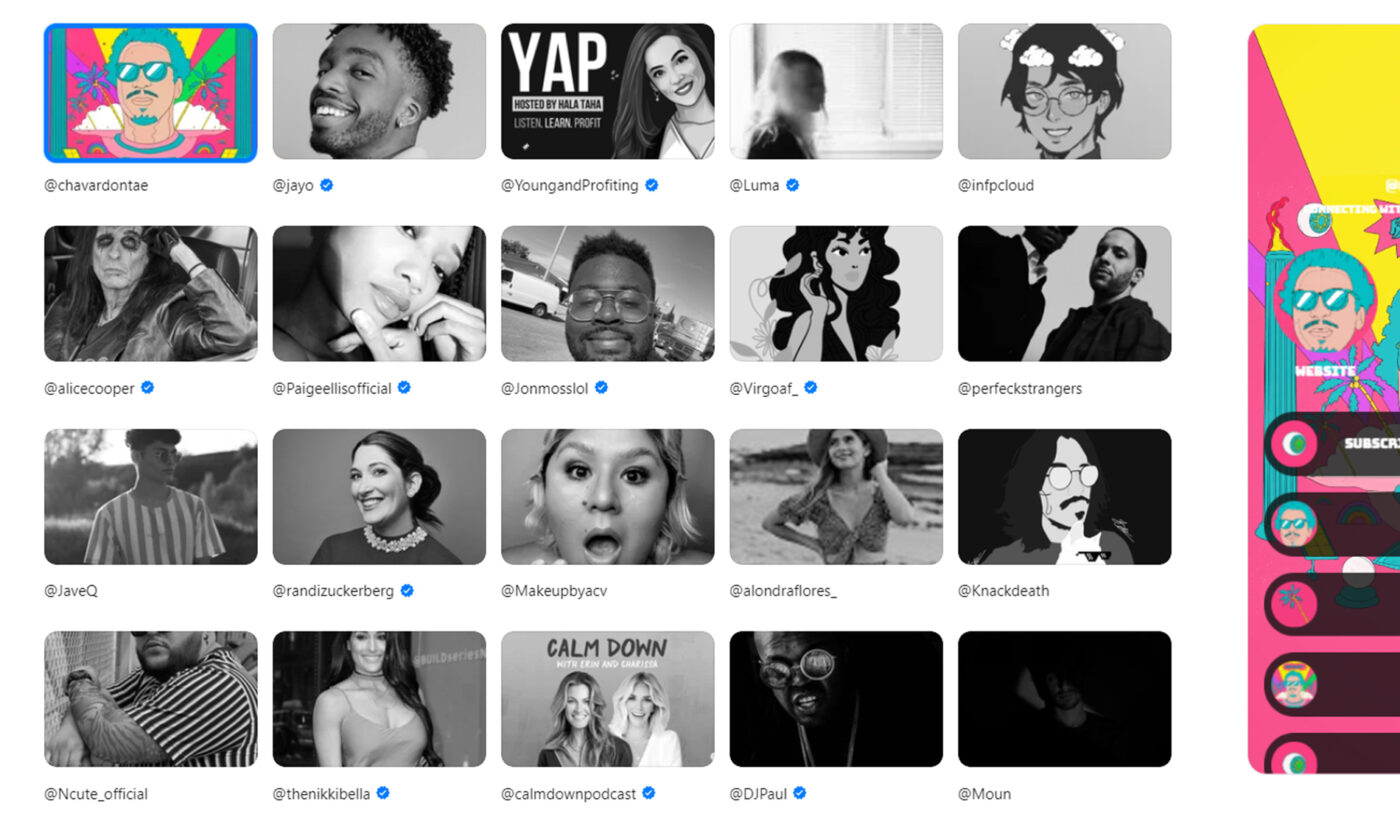 In the decade since Instagram launched, “link in bio” has become a universal workaround for creators. The photo and video platform doesn’t allow its billion users to link out to other websites, with one exception: a single URL in their account bios. So, whenever creators want to direct followers to their latest merch drop or YouTube video or tour announcement, they update that one URL and, in a post or Story, tell folks to check the link in bio.

Of course, this bypass comes with limitations. Creators must update the link with each new drop or video or announcement, so older posts will direct users to unaffiliated bio links. And for the many, many creators undertaking multiple endeavors, “link in bio” means choosing one project to have pride of place.

Numerous companies have popped up within the creator economy to help solve these problems. Businesses like Shorby, Carrd, and Linktree (perhaps most popular among them, and fresh off a funding round that raised $45 million) provide creators with ways to make their bio links do more than send visitors to one URL.

But app development platform Koji thinks it has the best solution for creators–and can give them more ways to make money in the process.

Cofounded in 2016 by Veoh founder, former Google product manager, and former MySpace CTO Dmitry Shapiro, Koji recently launched Link in Bio, a platform that allows creators to link out to a variety of projects and mini-apps with one custom URL.

Any creator who uses Koji (which was designed for Instagram but can be used across any social media platform, including YouTube, TikTok, and Clubhouse) is given a koji.to link.

That URL, when tapped, brings up the creator’s Koji Profile, a page of aggregated information and links the company describes as a “supercharged” version of normal account bios. Creators can edit the colors and contents of their Koji Profiles, and the profiles are free to use.

A Link in Bio demo from Koji.

Koji Profiles can also contain any of the hundreds of mini-apps the company and its roster of developer partners have created. Many of Koji’s apps, like TipJar and Video Request, mimic the core creator monetization offerings of other platforms.

TipJar (from which Koji does not take a cut of creator earnings) is the company’s equivalent of donations on sites like YouTube and Twitch, while Video Request (from which it takes a 5% cut of custom video sales) is its answer to Cameo. Koji also offers mini apps for collecting visitors’ email addresses, selling access to locked photos and videos, selling digital goods like downloadable files, paywalling articles or other written content, and one called Billboard, which lets creators sell ad space on their profile. (Koji takes a 15% cut of sales from transactions on these mini apps.)

“You can build the simplest, most atomic units of functionality that just do the thing they need to do,” CEO Shapiro tells Tubefilter. “The costs to build and operate these features are radically less, and therefore fees that are charged to creators can be radically less.”

The San Diego-based company adds that its Link in Bio tools, along with offering creators more links and monetization, can help them keep followers’ eyes on their content, because Koji Profiles do not send users off into other tabs or browser windows.

Whenever a visitor taps on, for example, an Instagram creator’s Koji Profile, the profile will open up within the Instagram app–and so will any Koji mini-apps on that profile.

“Our platform is built for retention, with an unusually high session time customers spend engaging and transacting inside the profiles,” it says. “Fans can interact with all of their offerings in one place, which makes for an increase in overall interactions and transactions. Why place a signup for your newsletter a few clicks deep in a WordPress site, when your fans or customers can sign up immediately with one click on Koji’s Email Collection app?”

Social media expert @howfinity walks you through all sorts of ways to make money through your #linkinbio:https://t.co/JCfDljQx9H

The company has so far raised $16 million in startup funding from investors including former Disney CEO Michael Eisner, Google VP of news Richard Gingras, and Zynga founder Mark Pincus. Its most recent funding round, a Series A in July 2020, was led by venture capital firm Galaxy Interactive, and raised $10 million.

Shapiro says Koji plans to continue adding new mini apps to its library each week, all with the goal of helping creators “deeply engage their followers, generate recurring revenue, grow their audience, and gain the attention of brands and potential sponsors.”

You can see more about Koji here.