Discovery/Warner Merger Makes Conglomerate With As Many As 150 Million Unique Viewers In U.S. 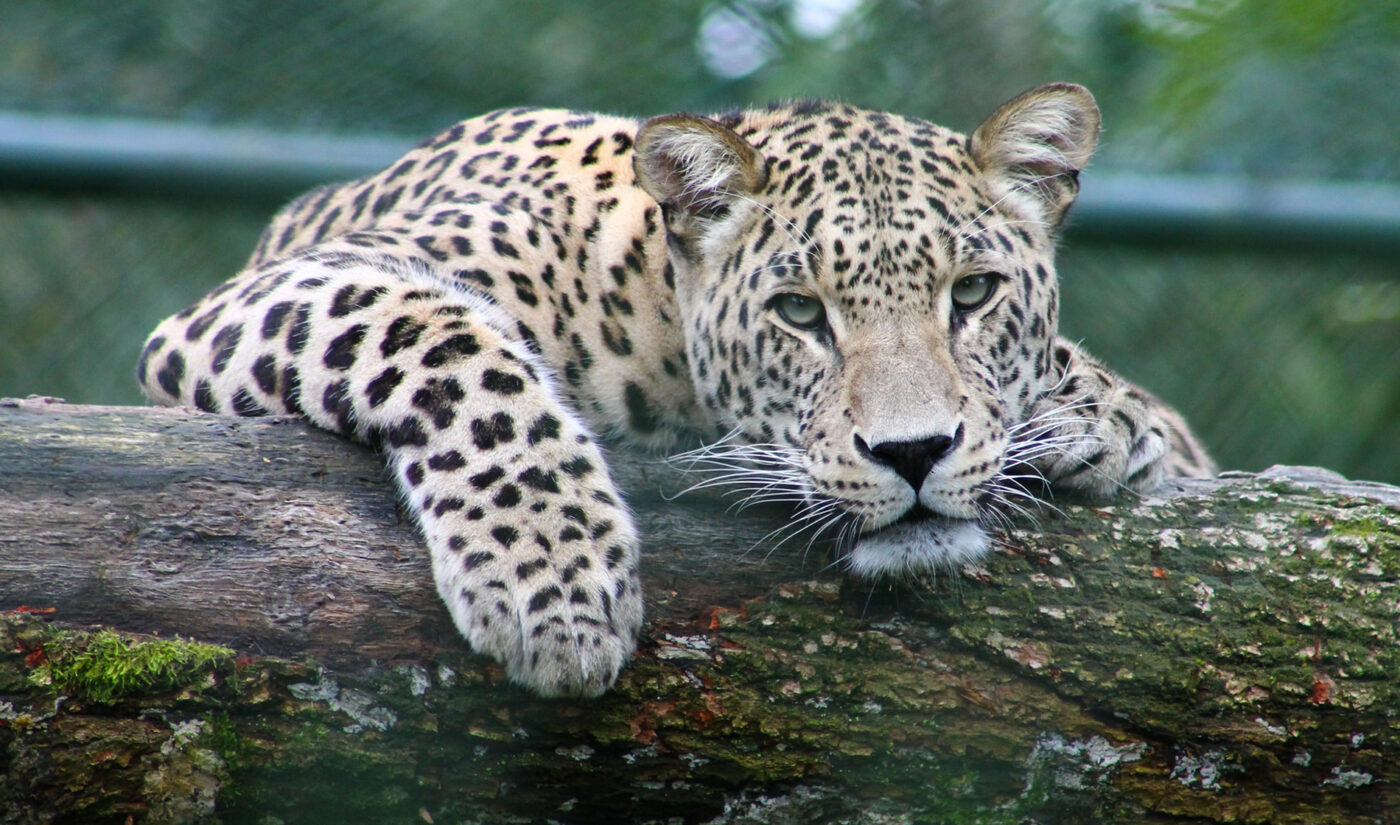 The streaming wars have been going for years, and recent moves have escalated the arms race even further. Right on the heels of Discovery and WarnerMedia joining forces in the name of video content, Amazon‘s MGM Studios buy could elevate the retail giant’s filmmaking aspirations.

While there are various benefits to all parties in this deal, however, the bottom line ultimately comes down to audience acquisition. How many combined eyeballs will these ventures be in front of? How many subscribers can they attract or keep as merged streaming properties? And notably, what sort of audiences do these companies command on social video to help make those things happen?

With data from Tubular Labs, the picture gets a bit more clear for both deals as social video plays a key role in customer acquisition and retention going forward.

Tubular Audience Ratings shows that across Facebook and YouTube, a combined Discovery/WarnerMedia grows into a real behemoth–though you could argue Warner already was one. Warner had double the number of U.S. unique viewers as Discovery, and five times the minutes watched in April 2021. 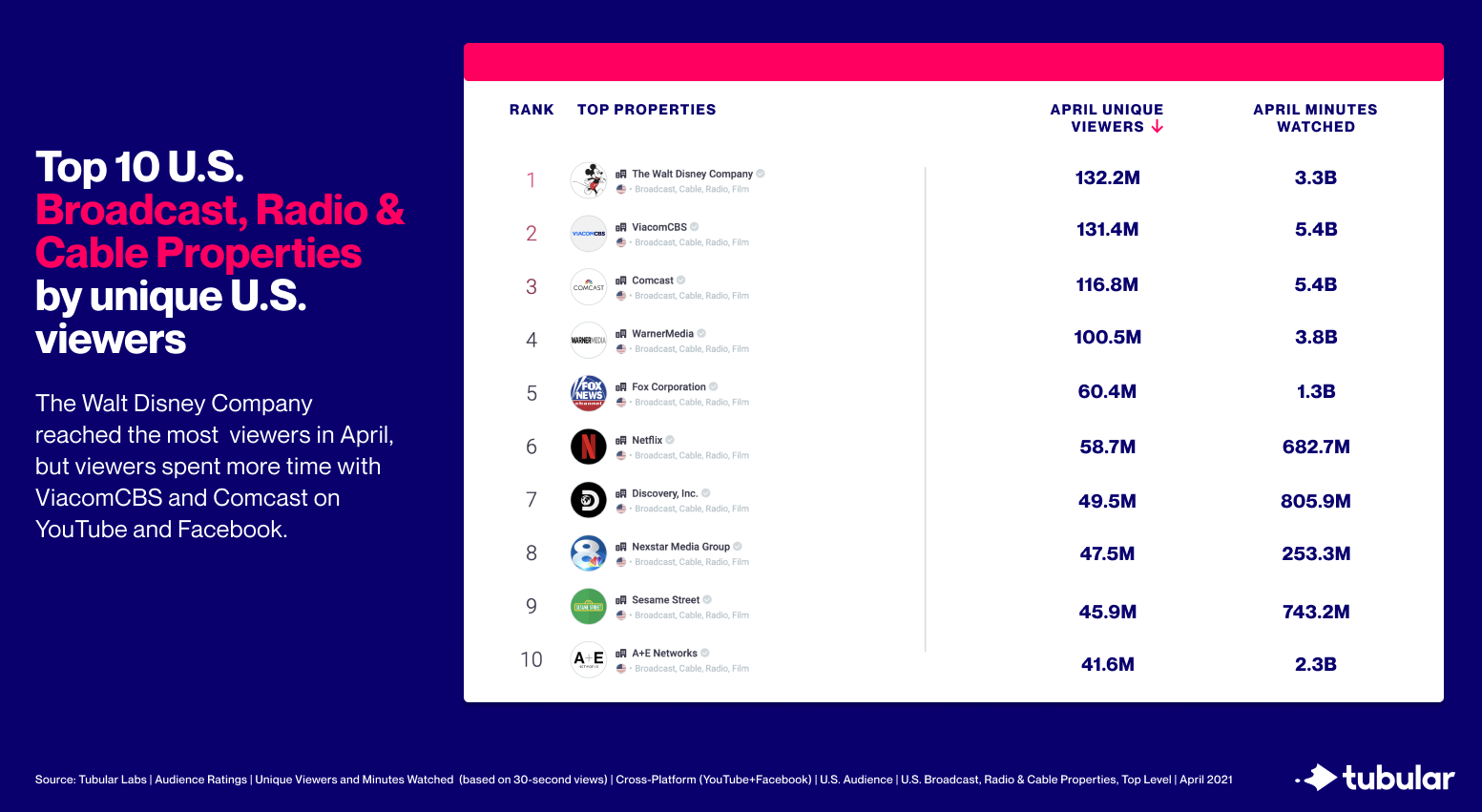 Together, Discovery and Warner would be the third most watched U.S. media and entertainment property on those platforms, only trailing ViacomCBS and Comcast. Not bad company at all, as the merger allows both Discovery and WarnerMedia to fill in gaps in their respective programming areas.

Less than 15% of WarnerMedia’s April minutes watched in the U.S. across Facebook and YouTube came from audiences over 45 years old. Discovery’s TV programming skews toward those same older audiences (iSpot.tv data shows that on the year, about 57% of TV ad impressions on Discovery Channel alone get in front of audiences 45 and older). Together, networks become complementary to one another to reach a wider total viewership across both TV and social video.

For Amazon and MGM Studios, merging is a way for Amazon to boost its movie studios business both at the box office and on social.

The union could potentially provide additional eyeballs on MGM content that increases interest in theatrical releases, while beefing up Amazon Prime Video’s U.S. pages in general as a source of more trailers and other new and engaging material. For example, Amazon Prime Video’s U.S. YouTube page is averaging 1.5 video uploads per day, but also concentrates heavily on release windows. More content–and especially more established intellectual property like what MGM owns–increases what Amazon’s able to send out.

It also helps Amazon beef up its U.S. video operations in general. All of Amazon Studios’ 10 most-viewed YouTube videos in 2021 have been uploaded by its Latin American and U.K. accounts. MGM Studios‘ top YouTube videos for 2021, on the other hand, are all U.S.-based as the company pushes to generate interest in theatrical releases again following the pandemic. A combined effort increases the footprint of both both at home and abroad.

We’re obviously still in the early days of both transactions, and there’s plenty left to figure out. But whatever the next steps are for both Discovery/Warner and Amazon’s MGM acquisition, growing the social video footprint will play a decisive role.