Twitter Reopens Verification Program After Three-Year Pause, Will Add ‘About’ Tab To Profiles 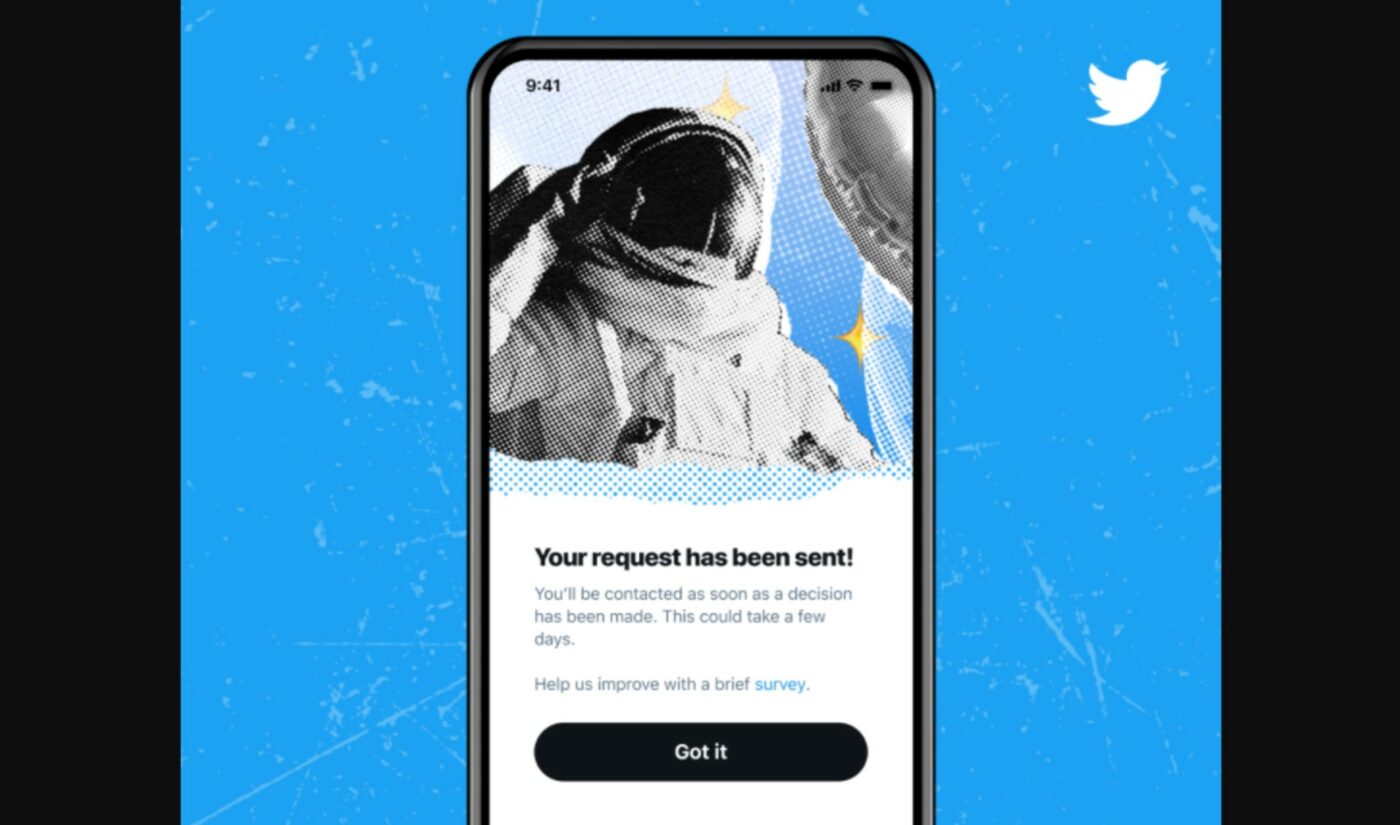 Twitter is relaunching its verification program, opening up applications to anyone for the first time since Nov. 2017. At the time, Vox notes, the company paused verifications after garnering backlash for handing out blue badges to white supremacists.

In a blog post, Twitter explained that it had been reshaping verification policies based on public feedback for months, during which time it also removed badges from inactive or incomplete profiles that no longer met its criteria.

Twitter says verified accounts are meant to convey high public interest, and help users better parse out the sources and context behind conversations happening on its platform. There are currently 360,000 verified Twitter users, according to Vox, and newly verified accounts will be admitted to the program by human reviewers.

To qualify, creators must fall under one of six categories: government; companies, brands, and organizations; news organizations and journalists; entertainment; sports and gaming; and activists, organizers, and other influential individuals. The company says it is also working to bring other fields into the fold, including scientists, academics, and religious leaders. Additionally, accounts must be complete, active within the past six months, and tout a record of adherence to community guidelines, Twitter says. 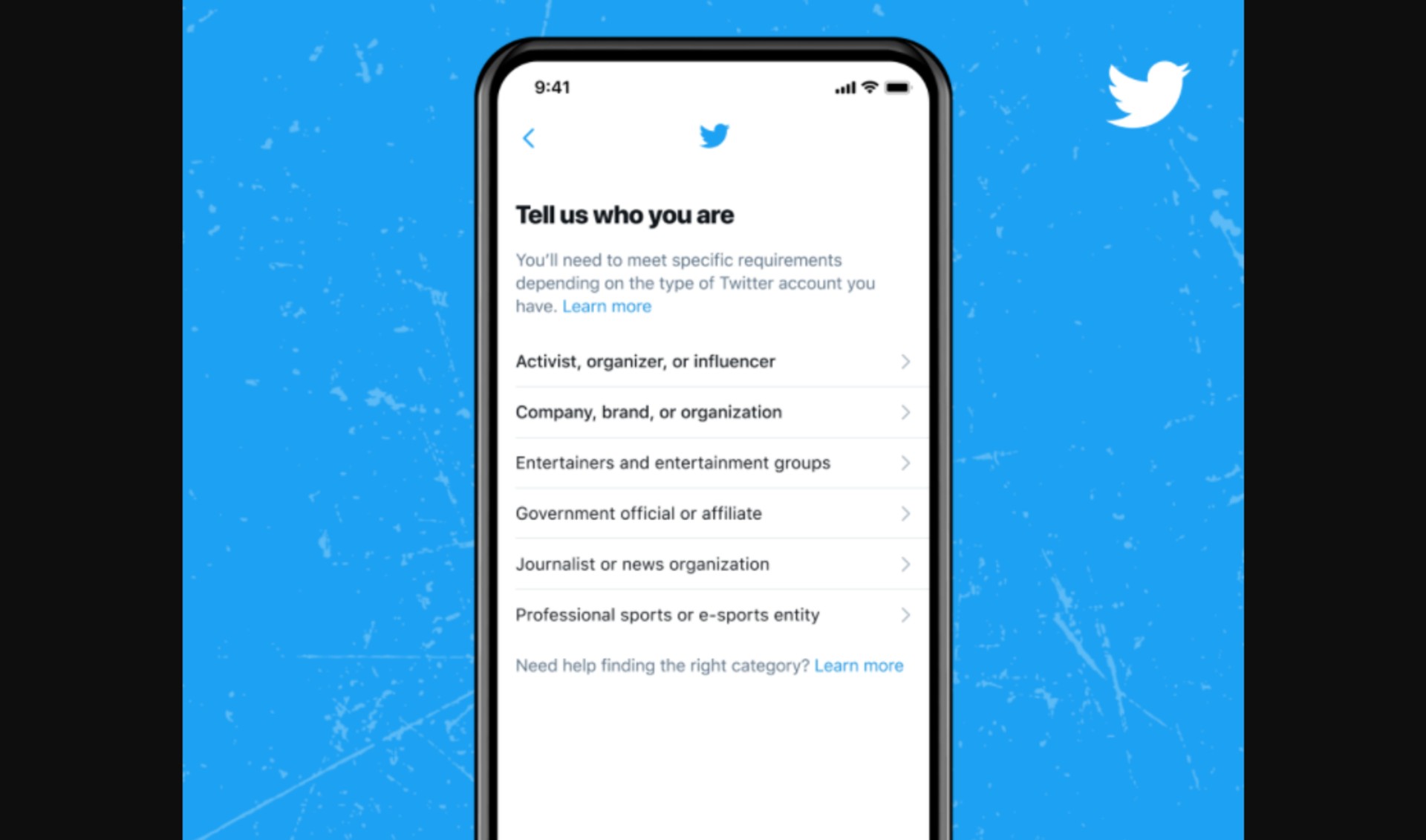 In coming weeks, the application will appear in ‘Account Settings’. Once submitted, Twitter says creators can expect emailed responses within a few days to a few weeks. If an account is accepted, a blue badge will appear automatically. If an account is denied, users can reapply in 30 days.

At the same time as verification, Techcrunch also reports that Twitter is adding a new ‘About’ tab to users’ profiles, which will appear to the left of the tab for ‘Tweets’. The new section will enable creators to share more information about themselves, including pronouns, location, interests, and more. A release date for this feature has not been announced, but Twitter says that it is coming soon.

“The profile hasn’t been meaningfully updated since 2014, which is a little mind blowing, considering how much both Twitter and the world have changed since then,” Andrea Conway, the lead designer on Twitter’s identity and profiles team, told Techcrunch. “Additionally, from a design perspective, we’re dealing with a serious lack of space on the profile, and we really want to change that.”.