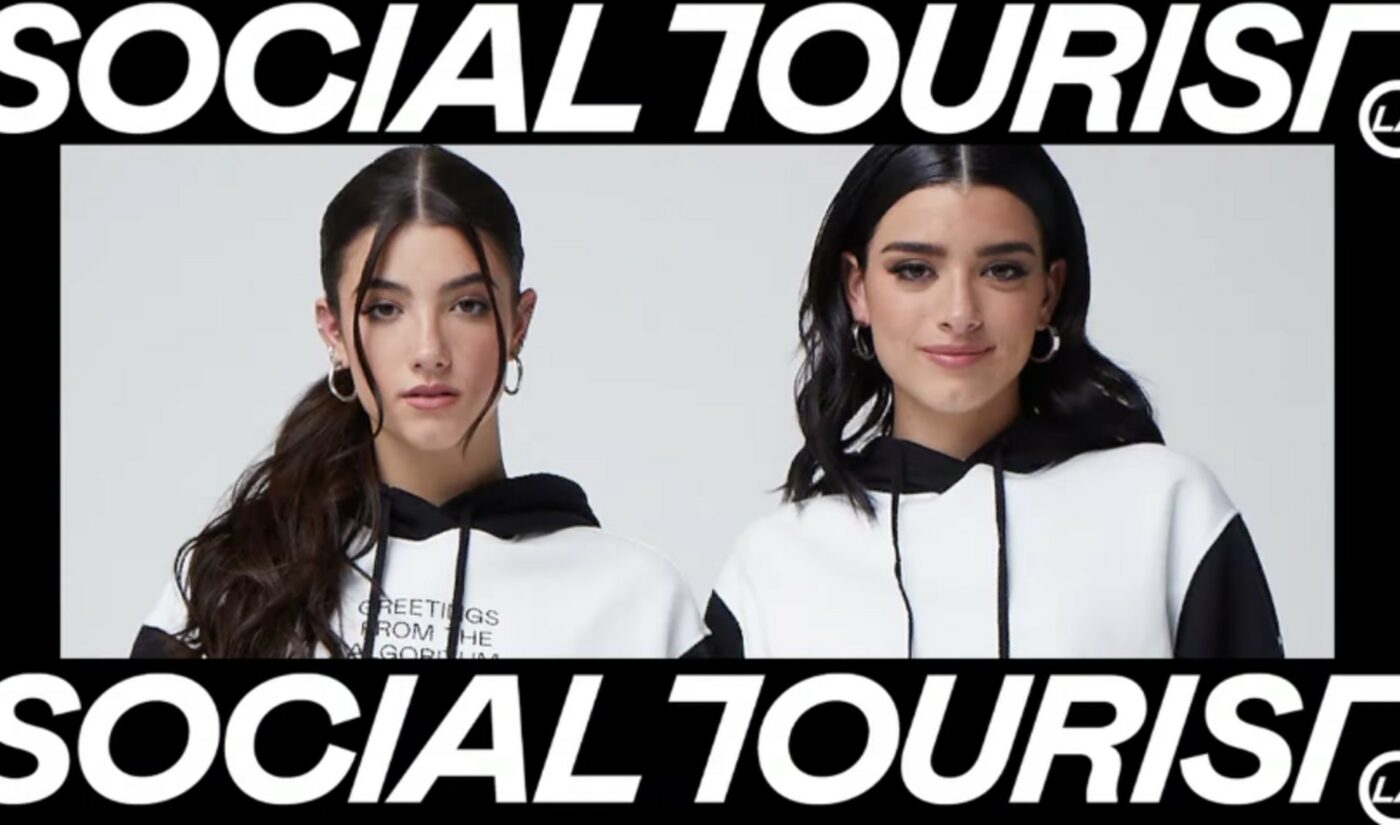 Hollister worked with Charli and Dixie D’Amelio on the apparel line, dropping May 20 and called Social Tourist. The brand will comprise dresses, essentials, gender-inclusive pieces, and swimwear, reports The Columbus Dispatch. And each month, new items will drop in brick-and-mortar stores and online at SocialTourist.com. The first collection appears to be sweatsuit-focused, per a teaser video, while the second drop in June will highlight the sisters’ different styles.

Charli is the most-followed creator on TikTok with 116 million fans, while sister Dixie has parlayed her social fame into a budding music career. The sisters also have a proven track record of working with Hollister. Abercrombie CEO Fran Horowitz said in the company’s fourth quarter earnings call that 36 branded social posts by the D’Amelio sisters led to over 200 million impression. A a 2020 campaign, meanwhile, garnered 5.4 billion views globally — including 2.5 billion TikTok views in six days.

The company told the Dispatch that it works with other social stars, but that its pact with the D’Amelios mark its largest such relationship.

In addition to their fashion and makeup pursuits, the D’Amelio sisters are set to appear in a new Hulu reality series dubbed The D’Amelio Show alongside their parents, Marc and Heidi. The first teaser for that venture dropped yesterday.