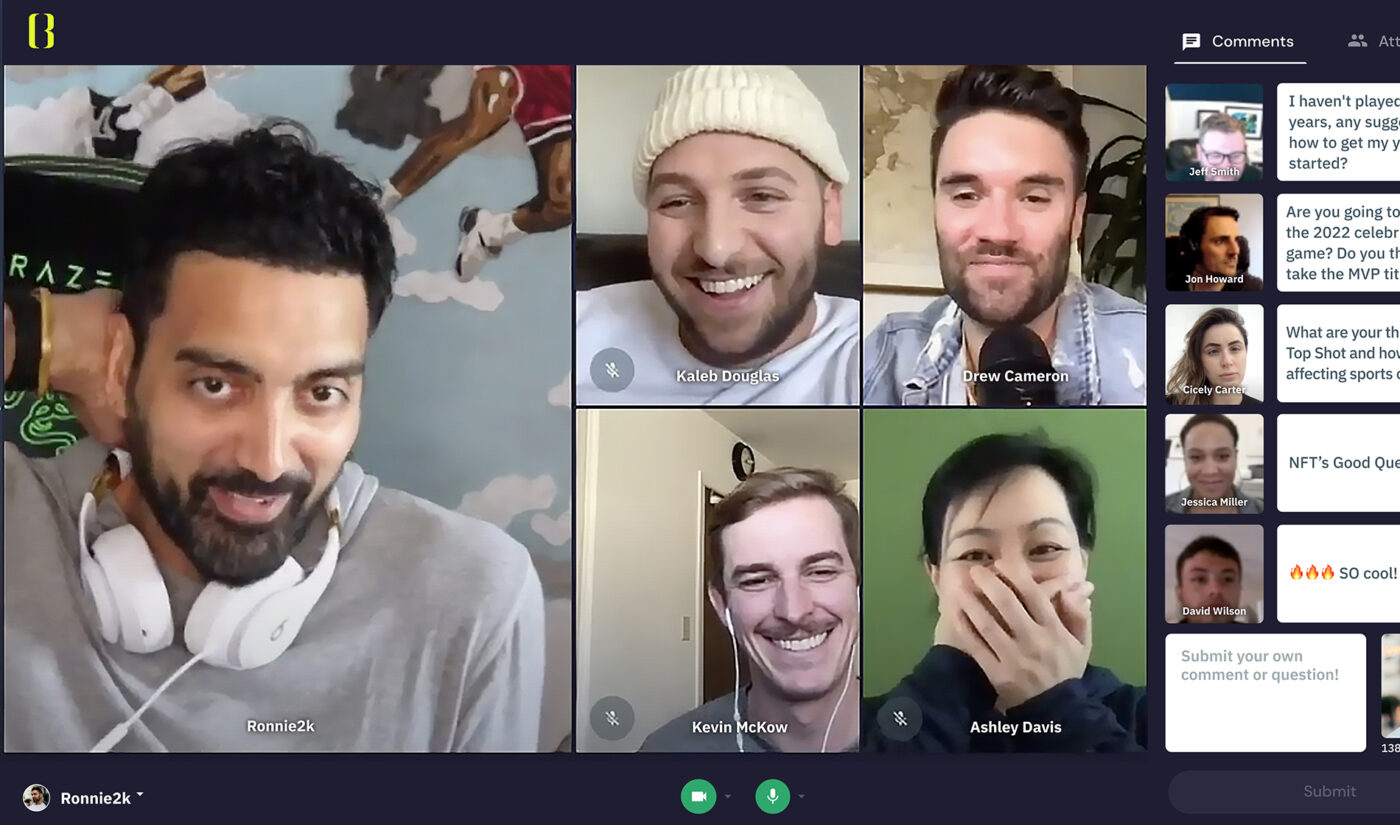 Entertainment and digital industry veterans Guy Oseary and Michael Powers have launched Bright, a live creator-to-fan video chat platform they describe as “a classroom for leveling up your life.”

Creators on the platform will offer live, two-way video sessions–generally with an educational angle–that fans can attend by purchasing a ticket, cofounder and CEO Powers tells Tubefilter.

Unlike streams on YouTube or Twitch, or presentations on an audio platform like Clubhouse, Bright’s sessions are strictly face-to-face video conversations, Powers says. Folks who buy tickets will have to turn on their cameras, and when they join a session, they will appear in the viewer “VIP room.” From that room, they can watch what’s happening on the session’s virtual stage, ask presenters questions, and chat with one another.

Each creator sets their own ticket price, and keeps 80% of revenue generated by sessions. Bright takes a 20% cut of sales.

“The heart of it is the digital creator set,” Powers, who was one of YouTube’s first product managers from 2006 (pre-Google acquisition) to 2010, tells Tubefilter. “I’ve watched since back when YouTube was still early, just watched the creator community grow over time and grow across platforms. Each person has built an audience, and they have what they’re experts in, and what people listen to them for.

“We see Bright as…a way to get closer to that audience,” Powers says. “It’s a way to go deeper around content and spend more time learning directly from that person.” 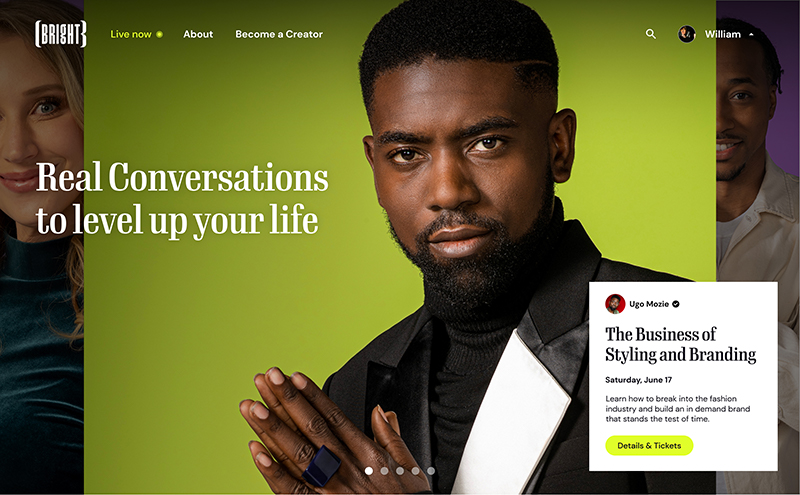 The company arrives amid a surge in demand for live content, with a noticeable appetite for educational live content. YouTube, Twitch, and Facebook are seeing unpredecented traffic for content featuring creators talking about the niches they know best, whether that’s yoga or cooking or day trading. And platforms built exclusively for live and/or educational content, like Zoom, new tech unicorn Clubhouse (currently raising fresh funding at a whopping $4 billion valuation), and MasterClass (raising at a $2.5 billion valuation) have sprung up and grown to meet this demand.

Bright–which is built on top of Zoom technology–marries the creator-to-fan meet-and-greet aspect of YouTube, Twitch, and Facebook with the expertise of presenters on Clubhouse and Masterclass, with added features that make its sessions more interactive than content already available across these platforms, Powers says.

“It’s about being seen and heard,” Powers says.

Bright’s launch sessions include Laura Dern’s Tell Your Story, which will feature guests discussing how they found their “unusual and unexpected” paths in life; Champions Talk from former NBA player and veteran commentator Kenny Smith, where he’ll interview athletes and discuss mindset and career; and a session from YouTuber Ronnie2K (76K subscribers) where he’ll talk about establishing a career in gaming. The platform also plans to offer a home improvement design series from Property Brothers stars Drew and Johnathan Scott.

Tickets to these early sessions are available on Bright’s website.

Bright says it currently has more than 1,500 creators on its waitlist. Those interested in joining can do so here.