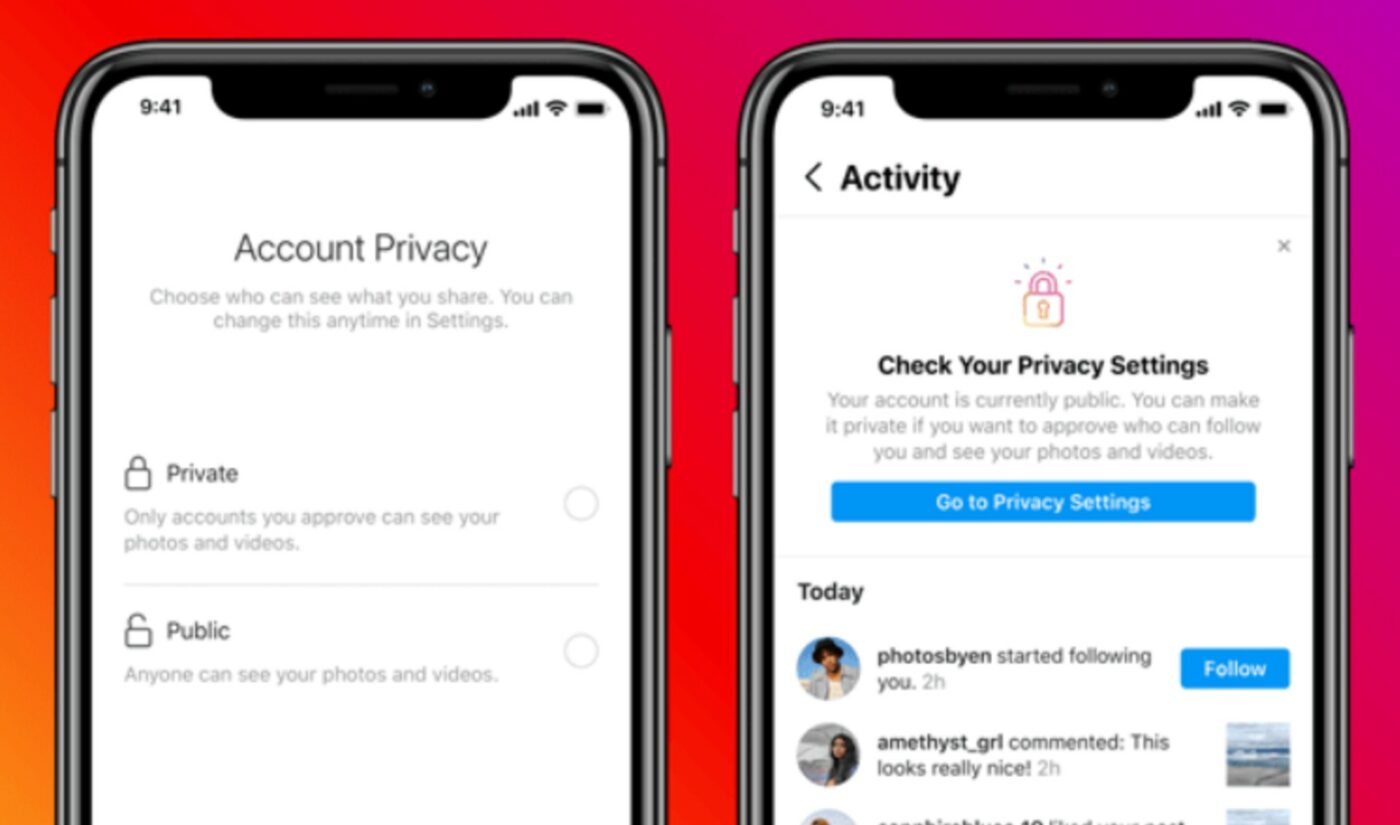 Instagram has announced several new product updates that it says are intended to protect its younger users.

Going forward, Instagram will restrict the ability for adults to send direct messages to users who are under the age of 18 that don’t already follow them. The move serves to “protect teens from unwanted contact,” the company said in a blog post.

The safety tool will function by noting the age users furnish upon sign-up, Instagram says, and also by harnessing machine learning technology. This is because even though Instagram requires users to be at least 13 years old to create an account, many users lie.

Additionally, the platform will begin to surface safety notices to encourage teens to be cautious in conversations with adults that they’re already connected to. These prompts will be deployed to teen users when an adult has been exhibiting potentially suspicious behavior on the app, Instagram says, such as sending a large amount of friend or message requests to other users under the age of 18.

The updates arrive as Instagram reiterated its move toward end-to-end DM encryption — meaning that it would not have access to any of the content users send to one another in DMs, which is not currently the case. Therefore, the company is looking to invest in features to enforce safety without accessing content, it said.

While Facebook-owned WhatsApp offers end-to-end encryption, Mark Zuckerberg pledged to move other platforms under the Facebook umbrella in that direction back in March 2019, though experts have recently questioned the dangers of that decision, specifically with respect to its potential to facilitate child abuse.

Instagram is also developing other tools aimed at protecting teen users, including restricting adults who have potentially exhibited suspicious behavior (as described above) from seeing teen accounts in their ‘suggested users’, from discovering content from teens on their Reels or Explore pages, and even hiding comments from suspicious adults on public posts by teens.

The platform will also encourage teens to make their accounts private, sending a notice to any users under age 18 upon sign-up, with a subsequent reminder if they don’t choose to do so at the outset.

You can read more about the platform’s latest safety measures on its blog.