Elijah Daniel Drops The ‘Clout Market,’ A Set Of Parody NFTs Based On YouTubers 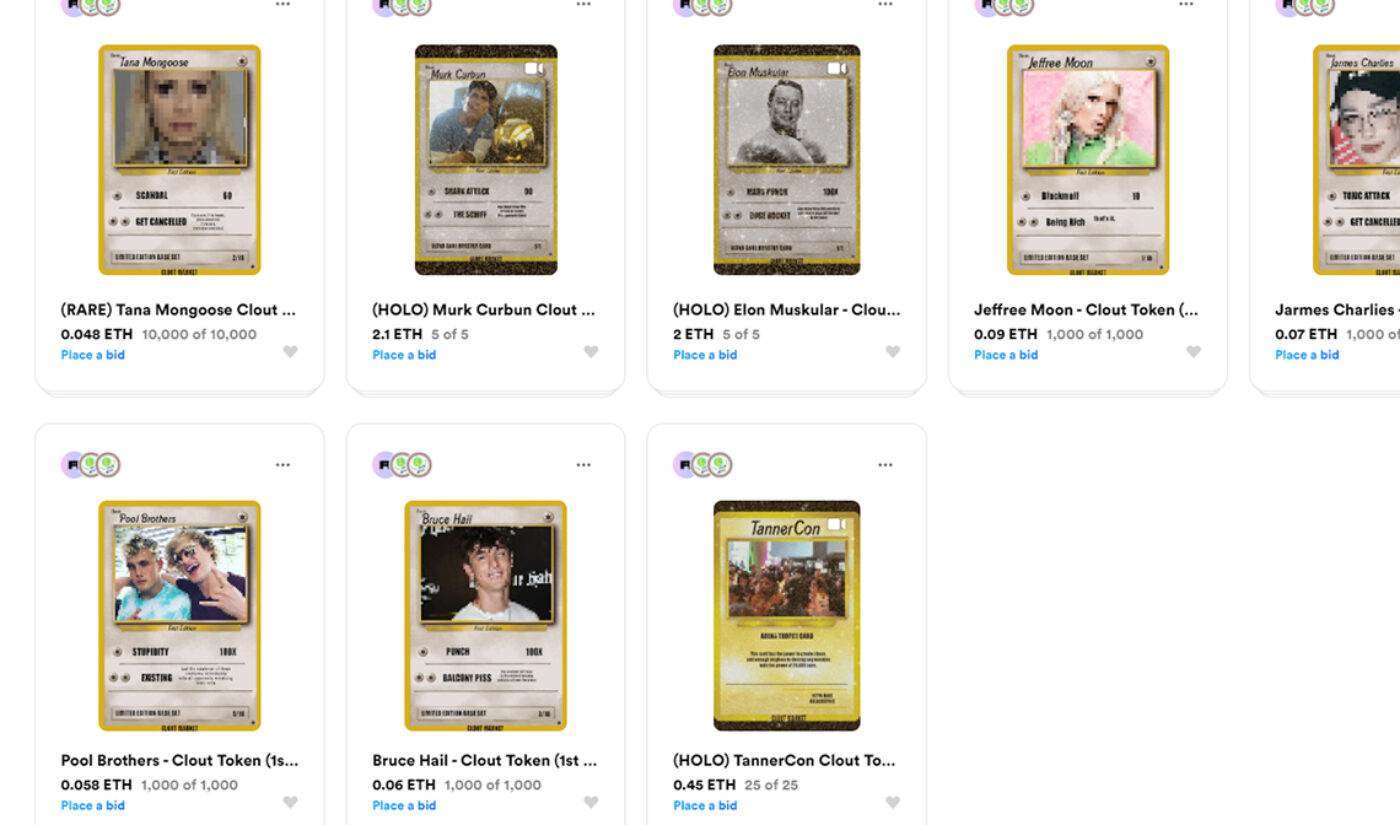 Frequent YouTube prankster and Gay Burger restauranteur Elijah Daniel’s latest stunt is the NFT-vending Clout Market, which he describes as “like a stock market, but for investing in humans.”

Daniel describes the tokens as “Pokémon parody cards that go up in value the more clout, scandals, [and] drama” generated by the real-life people upon which the NFTs are based.

“Prices are calculated by market trade value and an algorithm based of their social stats, popularity. clout, drama, and even scandals,” he explains.

Like other NFTs–a broad and rapidly growing category that encompasses unique items of all sorts, from digital art to songs–the Clout Market’s offerings operate on the Etherium cryptocurrency blockchain. At press time, one Ethereum is worth around $1,532 U.S.

So why create the Clout Market? Daniel puts it simply: “If we have to live through another one of these dumbass scandals we all better be able to make money off it.”

That being said, “proceeds percentages” from the Clout Market will go to Direct Relief‘s Pandemic Relief Fund, he says.

Daniel is not the first creator to venture into NFTs in recent weeks. Logan Paul has sold nearly $6 million worth of NFTs since mid-February, some of them anime-style digital art renderings of himself, some of them parody Pokémon cards, and some of them video clips from his unboxings of ultra-rare (actual) Pokémon cards.