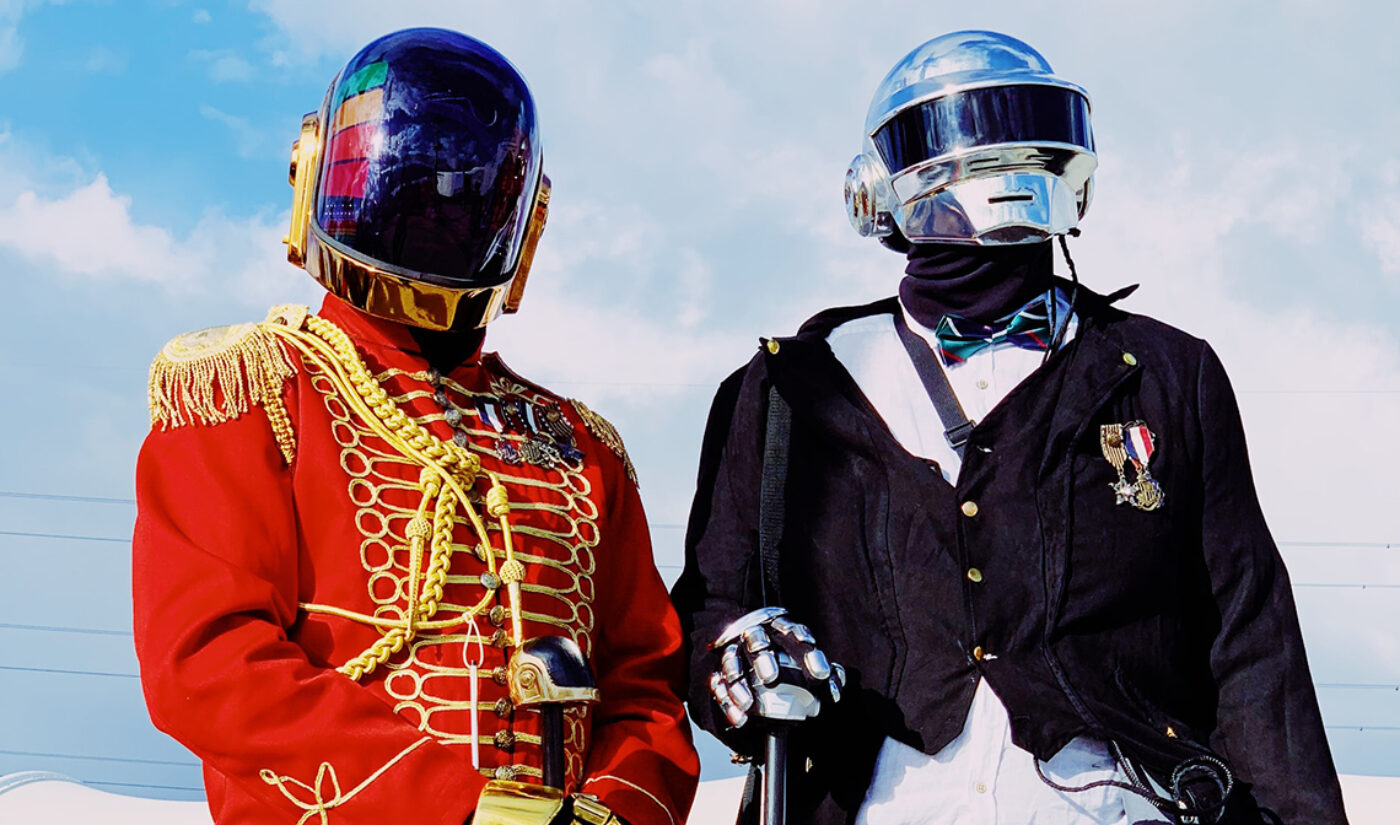 While the Golden Globes occurred this weekend, social video had other entertainment news on the mind. As we get into below, audience attention during the week of Feb. 22-28 was hooked on Daft Punk and the NBA, among other topics.

After a career that spanned almost 30 years together, electronic duo Daft Punk called it quits last week, with a YouTube video that ran eight minutes and was pulled directly from the band’s 2006 film, Electroma. Appropriately entitled Epilogue, it was a fittingly low-key goodbye for the helmeted pair. The video also generated 22.3 million video views–the most of any U.S.-based creator for the week of Feb. 22-28.

It was also one of the most-viewed YouTube videos of all time by the acclaimed music group, though admittedly there are only so many to choose from. Daft Punk hadn’t uploaded a new video in over three years before Epilogue appeared, and hadn’t put out a new album since 2013. So far, it’s the fourth most viewed YouTube video of all time for the band, though there’s still plenty of time for it to hit No. 1 (which currently has 32.1 million views).

Despite lacking any new material, it’s also among the top 15 U.S. music and dance YouTube videos of 2021 already too, according to Tubular Labs. That’s a much steeper hill to climb for the top spot, however: Cardi B‘s Up music video has over 64 million views since its early February debut.

TV personality Steve Harvey is not only popular for hosting Family Feud, but also for his Facebook video presence. This past week alone, Facebook video uploads from Harvey generated over 37.4 million views and it was his most popular week (by views) in the month of February. Most-watched among his videos from last week was Fast & Smart Workers, which totaled over 19 million views. Harvey’s video sharing typically leans toward positive trends and surprising moments, but many are also related to his work on TV as well.

This also isn’t the first time Harvey’s shared Fast & Smart Workers. He’d previously shared the video in November, to the tune of 131 million views, but has since taken it down. While it was still live, that video was his most watched since the start of September 2020.

LeBron responded after Zlatan Ibrahimovic criticized him for his activism.

“I’m kind of the wrong guy to actually go at because I do my homework.” pic.twitter.com/VyKgBrYuiz

Basketball isn’t the only sport happening in the U.S. right now, yet it’s the one generating the most views for sports creators on Twitter. According to Tubular, sports content outpaced entertainment, news, and politics, with U.S. sports creators netting over 400 million views during the week of Feb. 22-28. Bleacher Report, SportsCenter, and the NBA were the top three U.S. Twitter video creators by views on the week.

Bleacher Report had five basketball videos on Twitter hit over one million views last week, including these impressive LaMelo Ball highlights against the Phoenix Suns. SportsCenter was led by NBA content as well, including LeBron James‘ response to soccer star Zlatan Ibrahimovic regarding activism, which was watched over 5 million times.