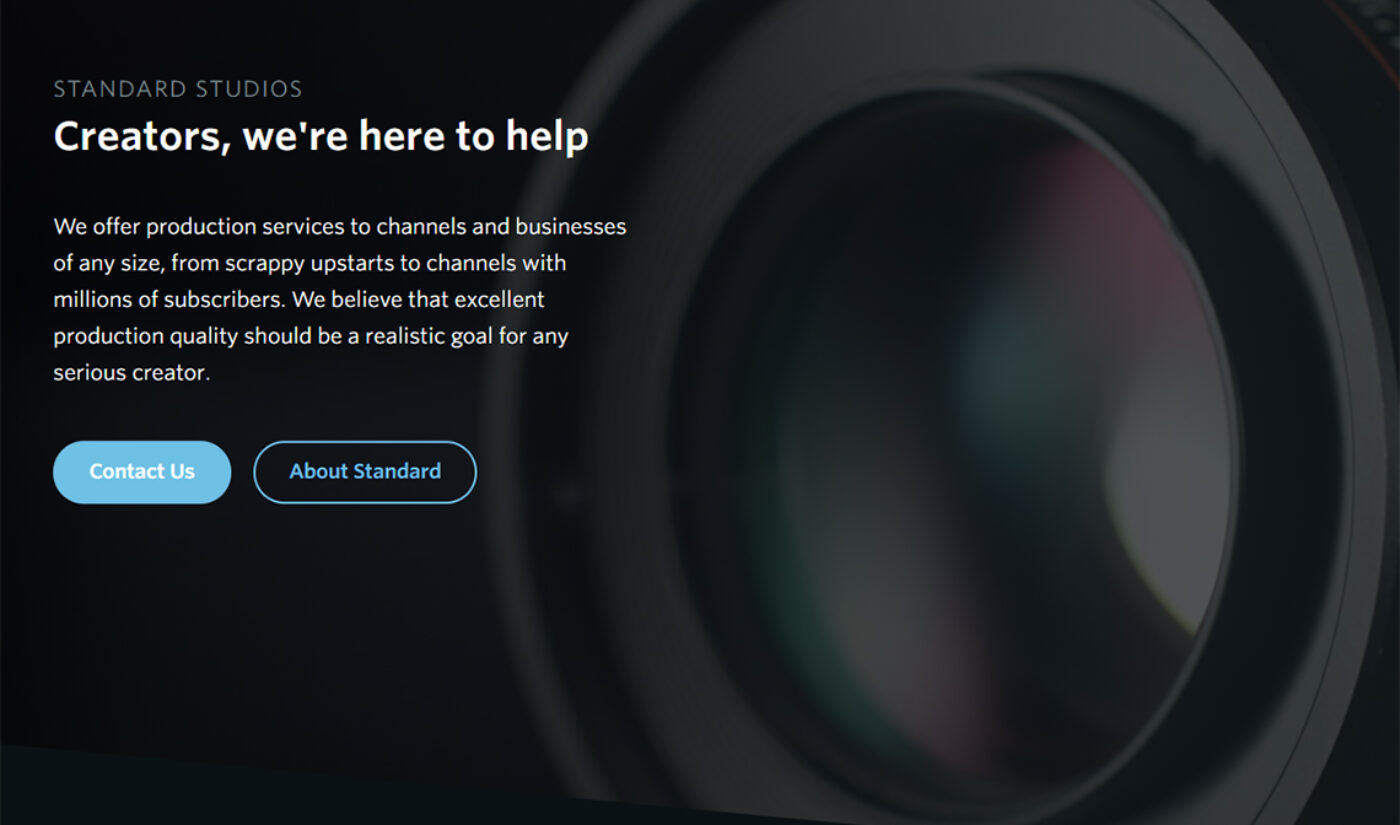 The last three months have been busy ones for creator community Standard. In November, it acquired seven-year-old production company Mighteor, and earlier this month, its streaming service Nebula–billed as a “thoughtful expansion pack for YouTube”–hit 200,000 paying subscribers.

Now, it’s launching an in-house studio that takes the production resources Standard provides to the 110 creators in its network and makes them available for hire by all digital creators.

“Standard’s job–from the beginning–has been to forge better partnerships at scale to benefit all of our creators, and when possible, build our own tools to put the power and control back into the hands of the creators,” Dave Wiskus, Standard’s founder and CEO, tells Tubefilter.

One of those tools is Nebula, which launched in summer 2019 and exclusively hosts content made by Standard creators. In July 2020, Nebula ($3/month or $30/year) reached 100,000 paying subscribers–and six months later, it has doubled that base, simply by having creators who’ve made Nebula content direct their YouTube audiences to the service.

Up until Standard acquired Mighteor, it produced Nebula Originals and creator clients’ YouTube content with its own small team. But folding in Mighteor’s seven-person staff added “increased capacity and depth of experience,” Wiskus said at the time, plus amped capabilities in video editing, audio engineering, motion graphics, and on-location shooting. He also said Standard had plans to open its resources to the general creator community.

A trailer for upcoming Nebula Original Mysteries of the Human Body.

Standard Studios is the result of those plans. Along with video and audio editing, graphics, and filming, it offers storyboarding, copy editing, production planning, location scouting, casting, 3-D graphics, design, and a full workforce of “directors, producers, grips, electrical, even drone operators.”

“It’s really hard to find good freelancers, especially if you’re an independent creator,” he says. “You may be at a point where you know that you can’t handle parts of production, or at least do it well on your own, but that doesn’t mean you have the entirety of the infrastructure to go out and interview and hire and vet people. It can be daunting.”

As Standard expanded production resources for its client creators, “We grew it to handling enough of our clients’ videos that we knew we needed to do something to take it a step forward,” Wiskus says.

“If any creator emailed us and said, ‘I’ve got a video I want to have out in two weeks, I really need someone to do audio cleanup on it’…any of these things, we could do at roughly freelance rates, with a team that’s vetted by a bunch of creators you’ve heard of,” he explains.

Ali Abdaal, a Standard creator and U.K.-based doctor who makes videos about medicine, tech, and entrepreneurship (1.45 million), tells Tubefilter he’s been working with Standard Studios to “figure out a branding and animation strategy for my channel, and they’ve got lots of experience in helping with that.”

Fellow Standard creator Jordan Harrod, an artificial intelligence and algorithm specialist (64K subscribers), adds that she expects having Standard Studios handle more of her editing and motion graphics work will “help a ton in terms of giving me more time to develop content without having to worry as much about the aspects of production that I’m less experienced with, while also improving the quality of my videos overall.”

You can read more about Standard Studios here.