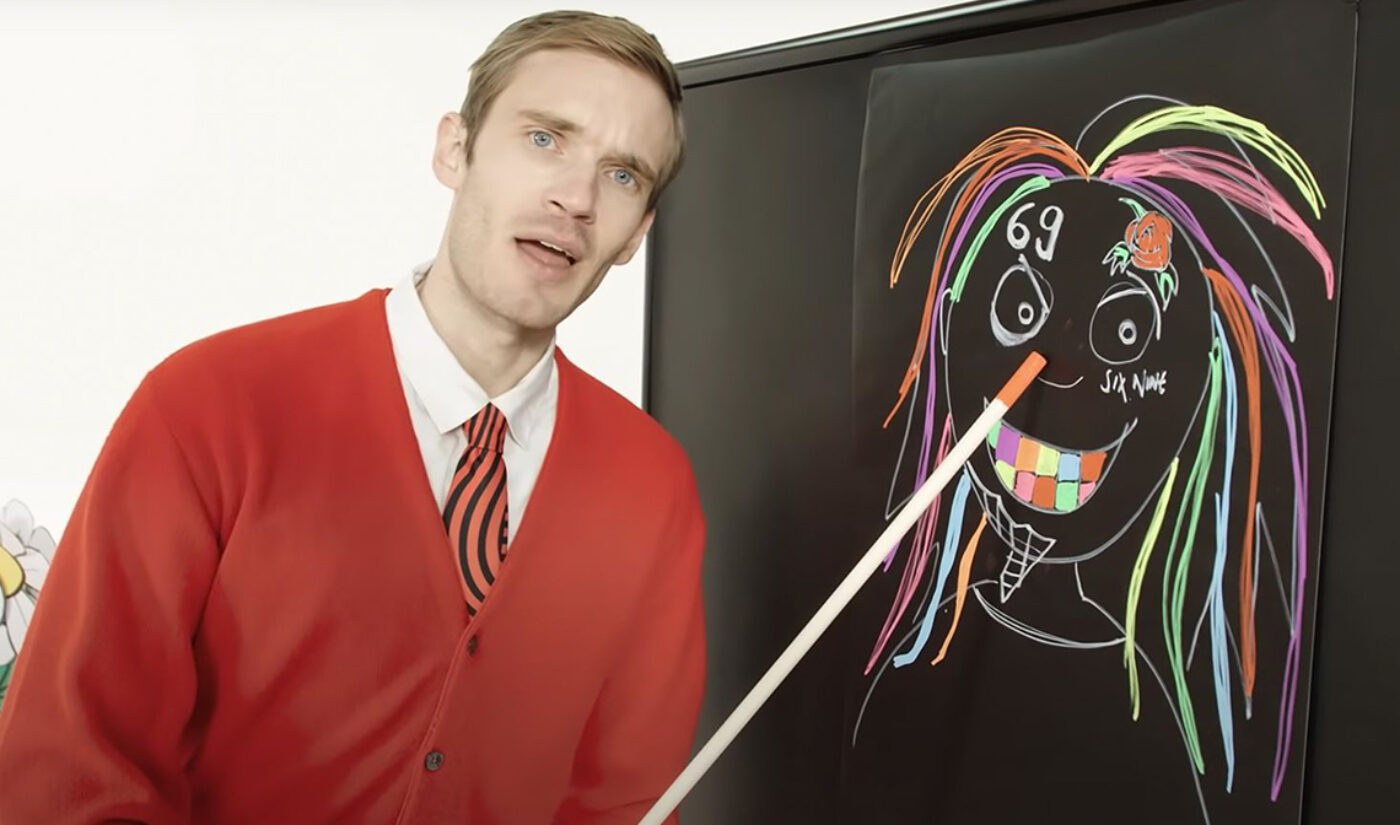 YouTube has removed PewDiePie’s Cocomelon diss track for violating its harassment and child safety policies, but is not giving his channel a strike, it tells Tubefilter.

PewDiePie–aka Felix Kjellberg–posted the track Feb. 14, explaining that he saw it as a “finale” marking the end of him poking fun at the massive children’s content producer. The song’s music video featured Kjellberg and a group of kids, with lyrics calling Cocomelon’s young audience “a group of motherf-cking virgins” and telling them “f-ck your daddy, f-ck your mommy too/f-ck everything you love, most of all, f-ck you.”

Kjellberg began referencing Cocomelon in his videos last year, when it became clear the brand would likely lap his subscriber count and replace him as YouTube’s No. 2 most followed channel. T-Series, the Indian music giant that overtook Kjellberg in 2019, is still the site’s No. 1 channel, with 172 million subscribers. Kjellberg has 109 million, and Cocomelon has 105 million.

It generally considers diss tracks to be “scripted satire” and thus an exception to its harassment policies, but says that Kjellberg’s case is different because his song created a pattern of “abusive fan behavior.”

“In December 2019, we updated our harassment policy to further protect the YouTube community. These updated policies prohibit content that leads to repeated patterns of harassment on- and off-platform,” a spokesperson tells Tubefilter. “Following a review, we’ve removed the video in question for violating those policies because they had the effect of encouraging abusive fan behavior.”

It also cited child safety policies barring Elsagate-esque content that “involves imagery and themes designed for kids,” but contains themes unsafe for children, such as sex and violence.

Kjellberg has not been issued a Community Guidelines strike, but further violations could result in additional consequences, YouTube says.

This is not the first time a diss track has gotten Kjellberg in trouble. His two T-Series tracks, “Bitch Lasagna” and “Congratulations,” sparked a defamation lawsuit from the company that was later settled out of court.