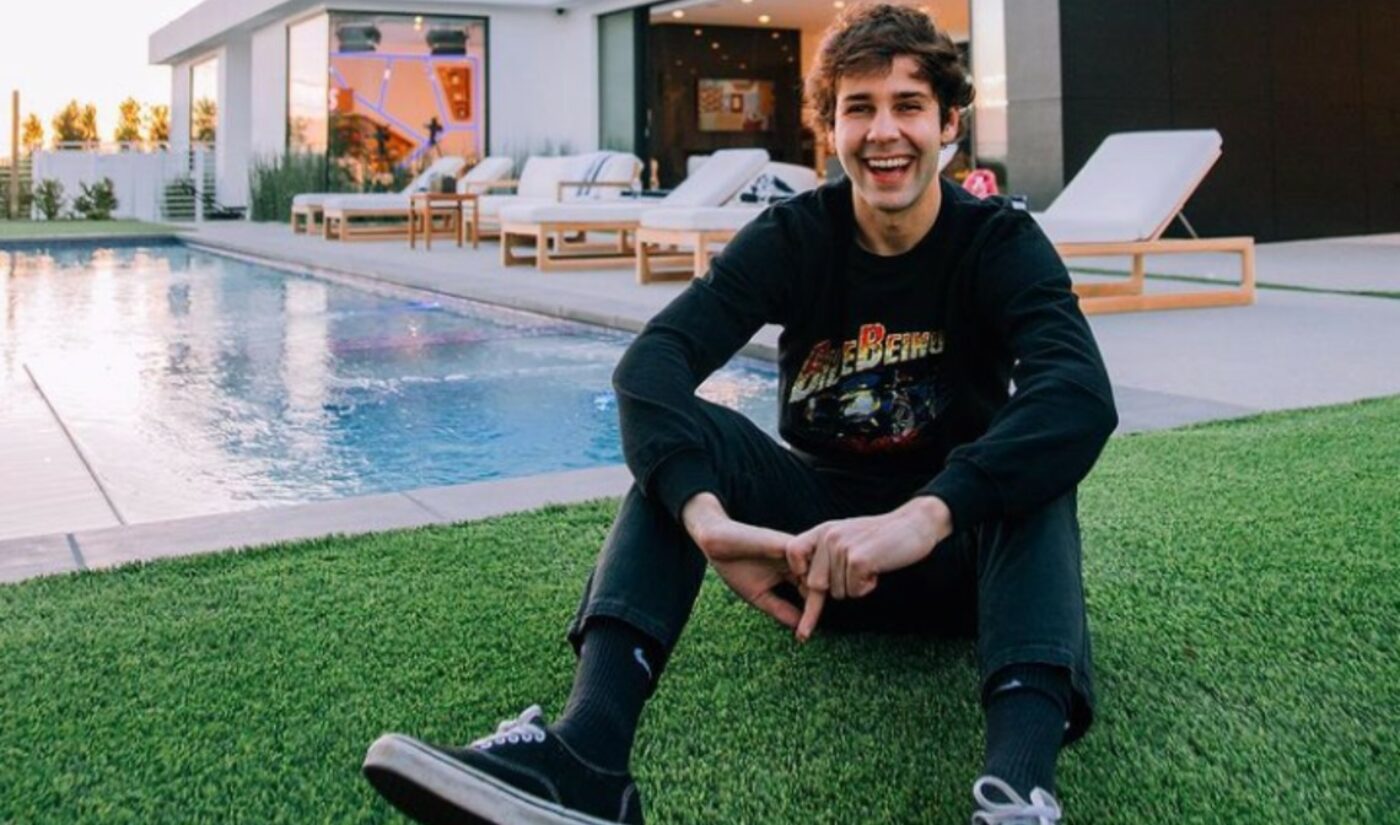 David Dobrik has been inactive on his primary vlog channel since the outset of the pandemic, though he has sporadically posted to a second channel, David Dobrik Too, where he just unveiled a new house tour as well as exciting plans for his long-running podcast, Views.

In his latest video, Dobrik shows off the new digs to members of the Vlog Squad, pointing out unique decor components, including a water fountain that shoots out Hawaiian Punch. Dobrik last showcased his previous $2.5 million Studio City home on Architectural Digest’s YouTube channel in June 2019, though the pricetag of his new mansion — which he scooped up last August — reportedly set him back a cool $9.5 million.

Dobrik also showed off a brand new studio space inside the home where he plans to shoot video installments of his long-running podcast, Views, which he co-hosts with best friend and fellow creator Jason Nash. The podcast launched in 2017, but has remained an audio production until now. Dobrik has also scrubbed clean a YouTube channel dedicated to Views (685,000 subscribers), which formerly hosted audio clips but will presumably house video installments going forward.

“I wanted to be able to post on YouTube at least once a week,” Dobrik said of the new Views set, “and I wanted to take the podcast [into] this whole video thing. I’m super stoked about this video because I can’t be filming the videos that I would normally be making, like the vlogs, but here we have a controlled space, a controlled environment. And everyone that comes in and out of here is COVID tested, so we’ll be able to follow all the COVID guidelines and still have fun in this cute little room.”

In classic Dobrik style, he concluded the video by giving away news cars to two of his assistants and Views co-hosts, Taylor Hudson and Ella Priyas. He also teased that new content may be coming back more regularly, including a video publishing today in which he will surprise another assistant, Natalie Mariduena, with the singer Halsey.