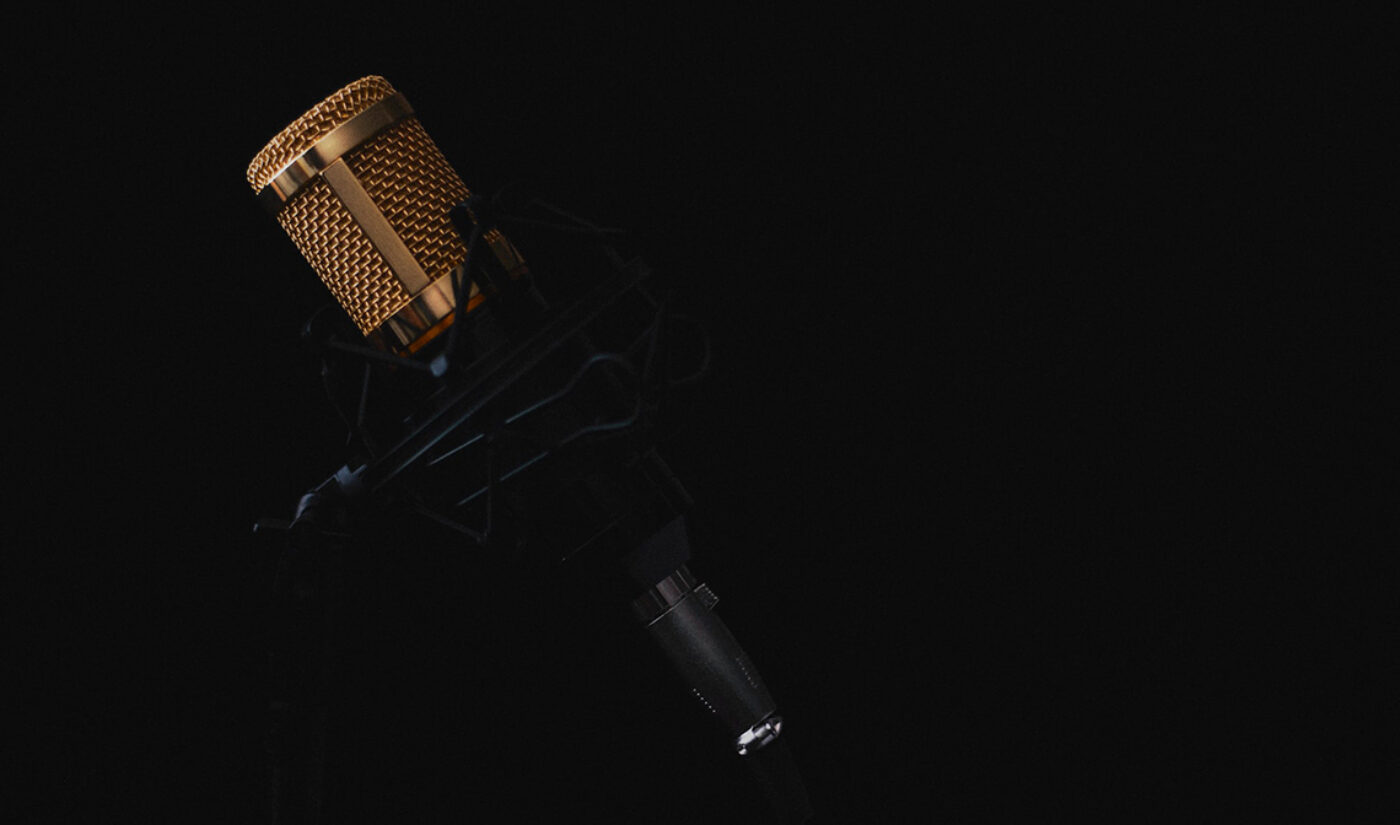 I knew something was up when I got text invitations to join Clubhouse from three highly unrelated but plugged-in friends within 36 hours. That’s unusual, particularly because Clubhouse–an iOS app that’s a cross between Twitch and a podcast–is still less than a year old, and access is invite-only.

Then, around the same time, news broke that Clubhouse had just been christened a “unicorn,” one of those golden startups crowned with hefty investments and heftier expectations by the boffins and bettors of Silicon Valley.

The new investments, from a blue-chip crew of funds and rich people led by Andreessen Horowitz, put Clubhouse north of $110 million in funding, at a valuation up to $1.4 billion.

The money, founders Rohan Seth and Bruce Davison said in a blog post over the weekend, would be devoted to boring but important functions such as better content moderation and regulation. Not sexy, but exactly what you have to do in this regulatory climate if you hope to go big, attract top influencers and millions more users, and actually build a business with brands, monetization, and the rest.

Clubhouse’s creators aren’t, as a Business Insider profile pointed out, dewy-faced newcomers cribbing a great idea in their Harvard dorm room, either. Between the two of them, Seth and Davison have launched nine previous social media apps over the past decade.

None of those previous apps caught on, hardly a surprise in the complicated business of building a sticky, viral social experience that can attract millions of users and become a real business. But they did give the two a chance to deeply understand what users want from apps.

This time, what they created has taken off dramatically in a very short time, no doubt aided by the quiet and isolation imposed on so many by the pandemic’s lockdowns and economic travails. So, timing matters too.

“Unlike our other attempts, Clubhouse seemed to strike a real chord with people, and it has accelerated quickly over the past ten months—from a small handful of beta testers into a diverse and growing network of communities,” the two founders wrote. “This past week, two million people around the world…came to Clubhouse… It’s the most exciting thing we’ve ever been a part of.”

As the blog post mentions, Clubhouse creators discuss a dizzying collection of topics: NBA game recaps, opera, philosophy, travel, news, talk shows, comedy, relationships, social media marketing, health, and of course, given the news of the week, short squeezes and “stonks” such as GameStop and AMC Entertainment. There’s even, oddly for an audio app, rooms for silent meditation.

The founders’ blog post was titled “Welcoming More Voices.” The new funding will be used to make Clubhouse “a welcoming and inclusive community,” they say.

Where the money will go

That includes building an Android app “soon;” beefing up strained servers; improving support, ranking and discovery; and figuring out how to help creators on the platform make money.

That sounds great for anyone building a business around a mass audience. For the budding influencers on the site, however, it’s stirring some trepidation, judging from the comments by dozens of moderators in one Clubhouse room this week.

“There are a lot of concerns about what happens when it becomes more mass,” said one of those speakers, OG influencer Perez Hilton. “I’m not most folks. I love the masses. I think that what’s really special about this is any one person can come up at one time and share something. Anyone can offer value.”

Hilton said he has been far more publicly vulnerable in his Clubhouse presence than in many of the other media ventures where he’s been a presence since seemingly the beginning of digital media.

“I’m making myself more vulnerable about dating and men,” said Hilton, who has 4,100 Clubhouse followers, a tiny fraction of his presence on other platforms. “I went in a dating room and people were crying. I’ve hosted rooms on parenting, Latino issues, gay issues. To me, this is not competing with podcasting. It’s a totally different experience.”

Part of the joy for many moderators is that Clubhouse, for now, remains a green field, with space for new voices to homestead and build an audience of their own.

Everyone at ground zero

“Everyone is on ground level here,” said Paolo Moreno (17,600 followers), who said he had worked elsewhere with Logan and Jake Paul, among other social media notables. “The playing field is level. I’m just excited to see all these brilliant people here. It’s more than an app. It’s the most revolutionary experience I’ve had in my lifetime.”

And some people are already figuring out how to make money, like comedian Leah Lamarr (11,600 followers). She hosted a standup comedy show earlier this month, with a number of comedians and 1,300 people in the audience. Donations generated between $40 and $400 per comic for their work, she said.

“It’s been very hard to make money for comics this year,” she said. “People have had to transition online. (The comedy night is) a pretty good way to do a living. I don’t have to do hair and makeup and travel? I’m in. I don’t have to have people coughing on me? I’m in.”

She’s planning another comedy night Jan. 31 at 5 p.m. Pacific, and this time, Lamarr said she’ll have sponsors instead of just passing the hat.

“There’s a lot of space on Clubhouse to make an income and grow,” she said.

The Clubhouse user base is hearteningly diverse. Unlike older platforms (or our broader society, for that matter), Clubhouse algorithms haven’t completely sorted everyone into tightly aligned, same-thinking cohorts for easy advertising access. Potentially losing that exposure to diverse minds is one thing heavy users say they’re most concerned about.

“For the most part, this is the most random and diverse Clubhouse will be,” said Darwyn Metzger. “That doesn’t mean it won’t be massively valuable to all of us in six months or nine months. I think Clubhouse will have a lot of competition from a lot of companies built around specific tribes, specific issues. For now, these are the most open borders between humans.”

He’s right about copycats. Twitter already launched Spaces, its audio chatroom function, and I’m looking forward to the mockery coming for FacebookHouse or ClubGram, both of which are almost certainly on order from our least imaginative, most unavoidable social media company.
Chalk and other “social audio” services are getting backing as investors try to copy the Clubhouse architecture of success. Discord is getting more aural too, with a valuation that hit $7 billion in December.
And more generally, audio is hot. Amazon, which owns an audiobook company, is getting into podcasts with the purchase of Wondery. Spotify, which owns lots of podcast companies, is getting into audiobooks. Apple has added celebrity audio commentary to walking routines for its new Fitness+ service.

They’ll all be catching up with Clubhouse, which already has attracted plenty of notables to its zillion rooms, from Oprah Winfrey on down. It also has attracted plenty of hucksters pushing supplements, exotic currencies, and secret investment solutions, if a scan of random room titles is any guide. And, obviously, there’s plenty of uncomfortable potential for, say, extremists to recruit new enablers, or anti-vaxxers to undermine efforts to end the pandemic. More moderation seems inevitable, and unavoidable.

The rooms themselves come and go, though some are clearly building a regular programming presence where fans can join in at a specific time of the week. That’s smart, and one sign of a quickly maturing platform. But there should be other improvements beyond the ones the founders are focused on.

Clubhouse, as I mentioned, sits somewhere between Twitch and a podcast (with the added potential for audience members to be invited “onstage” to contribute).  How long will it take for a useful export feature to turn those conversations into on-demand, publishable podcasts that can be distributed for additional revenue for creators?

Twitch users–and pirates–routinely record their own shows, recut them, and post at least highlights on YouTube for further monetization. This would be little different, and much needed.

Lots more is ahead. If you get an invite, join and check it out. And once you get there, follow me @DavidInLA. I’d love to connect. And remember, this is the smallest Clubhouse is likely to ever be again. Might as well enjoy it like the first 2 million visitors did.