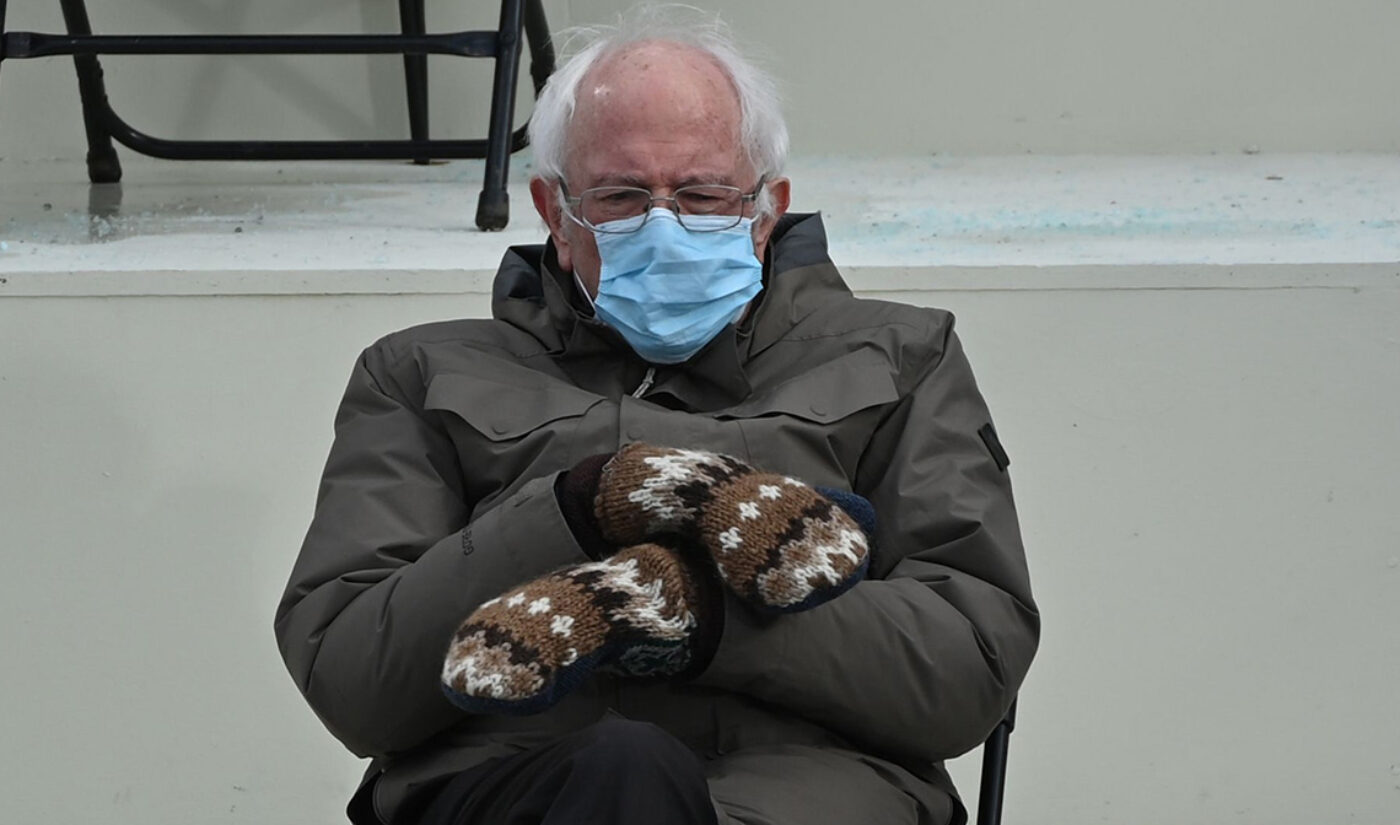 Though there were several notable moments throughout Joe Biden‘s inauguration, what’s stuck around the longest (beyond the presidency, of course) is the memes of Sen. Bernie Sanders. Below, we take a look at those and more of this week’s top trends on social video.

World Wrestling Entertainment is regularly among the top social video producers, but this past week (Jan. 18-24) revealed a big jump on Facebook from 260 million video views to 298 million video views, according to data from Tubular Labs. During the timeframe, WWE leaned heavily on archive footage from past events, with many of those aged clips–some of them over 15 years old–taking home the most views.

In December 2020 alone, WWE had 1.2 billion minutes watched across Facebook and YouTube, according to Tubular Audience Ratings. That made it 13th among all U.S. creators for the month.

“A Closer Look” at Seth Meyers

Late Night host Seth Meyers leaned heavily into politics over the last four years–and the end of Donald Trump‘s presidency didn’t seem to slow that down. Since the start of the year, the comedian’s YouTube videos have garnered over 89 million views, and 33.7 million of those came over the last week. His top 28 most-viewed videos since Jan. 1 have all been focused on politics, as were the top 14 (by views) last week, according to Tubular.

This past week’s top video wasn’t a segment on Joe Biden being sworn in as the 46th president, either (though that video did net 4.1 million views). Instead, it went to a segment with Vermont senator Bernie Sanders, interviewing him about the now-viral image of him staying warm in some mittens in the inauguration crowd. Though he’s been memed all over the internet, Sanders has managed to get a good laugh out of things himself, and even found a way to use it to help Meals on Wheels in his home state.

This year’s Super Bowl matchup was decided on Sunday, and fans (and media) were celebrating plenty with Twitter videos around the big wins.

The AFC champion Kansas City Chiefs had 36.9 million Twitter video views directly related to their conference title and the Super Bowl last week, according to Tubular. NFL Network reporter Ian Rapoport was the top creator by views around that video content, while #ChiefsKingdom–the official team hashtag–was the most-used tag associated with those videos (by total uploads). @Chiefs, the team’s Twitter account, was the most mentioned handle, of course.

On the NFC side, the conference champion Tampa Bay Buccaneers were slightly behind the Chiefs, with 32.1 million Twitter video views directly related to the NFC title and the Super Bowl during the same timeframe. The NFL itself was actually the top creator by views around that content. and official team hashtag #gobucs was the most-used tag for associated videos. Though @Buccaneers, the team’s Twitter account, was the most mentioned handle, QB Tom Brady‘s was second. Brady, a household name, generated more video views than the Bucs did. The future hall-of-famer netted 34.7 million Twitter video views in the same timeframe.