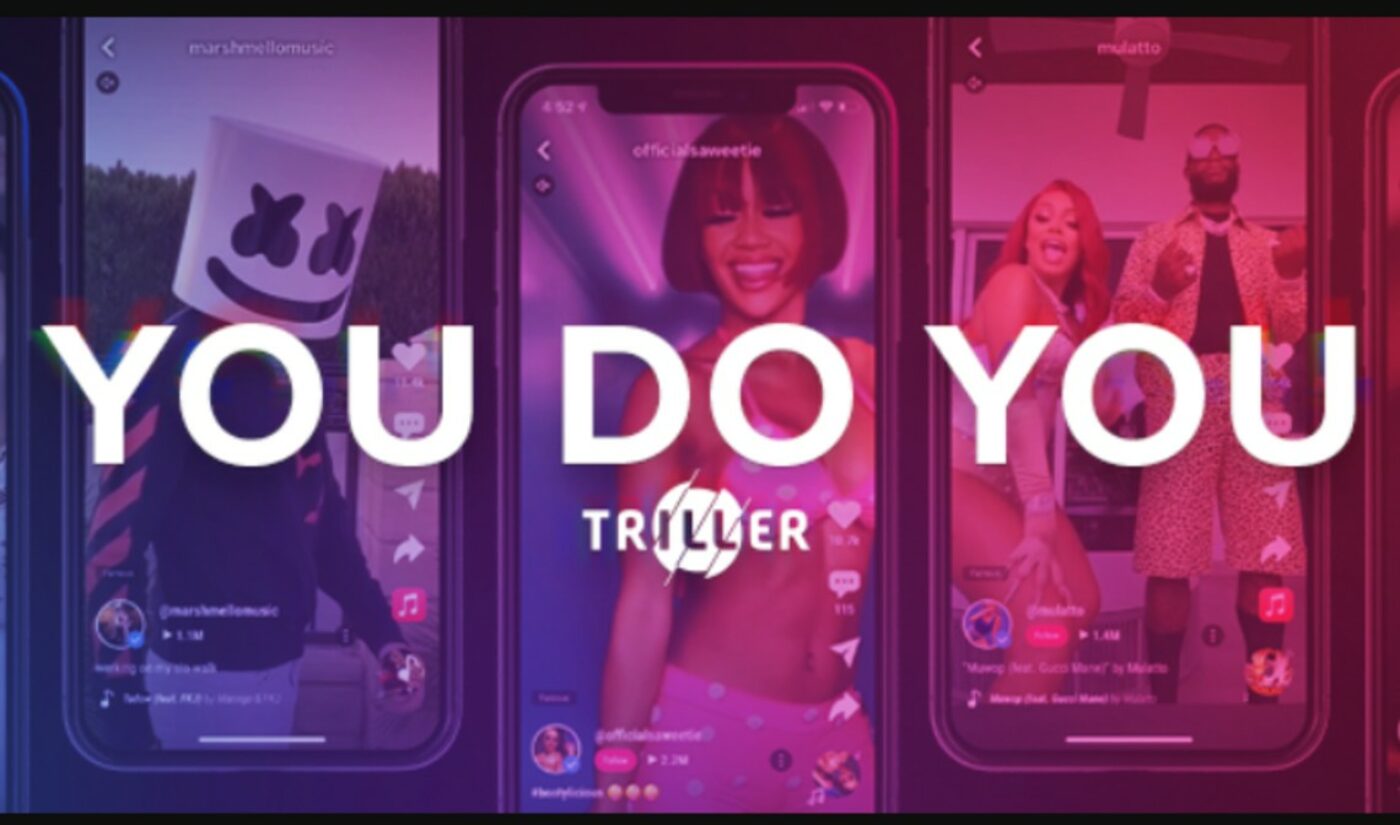 Khan previously served as CFO and EVP of Warner Chappell Music — a publishing company owned by Warner Music Group. Prior to Warner, Khan was an SVP at Viacom, Billboard reports.

“We’re thrilled to welcome Paul, one of the most accomplished executives in the music and content space,” Triller co-owner and executive chairman Bobby Sarnevesht told Billboard in a statement. “His unparalleled expertise is important during this exciting period of explosive growth and influence at Triller. Paul’s wealth of experience, coupled with Triller’s extraordinary momentum, is sure to accelerate us forward into this next chapter of expansion.”

Six-year-old Triller has risen to prominence this year after onboarding several top TikTok stars into executive roles. Both companies are also currently suing one another). Triller is currently majority owned by Proxima Media — an investment firm founded by the entrepreneur and film producer Ryan Kavanaugh. Triller says its app has been downloaded 250 million times, per Billboard, though former staffers have previously accused the company of inflating its user figures.

Billboard notes that Triller is going public by forming what is called a special purpose acquisition company (SPAC). SPACs are shell companies solely formed to raise money via an IPO in order to acquire an existing company (Triller). The deal could also see Triller acquire several other companies in the process, Billboard reports.

In addition to Kahn, other recent hires at Triller include Mary Rahmani and Daniel Gillick, who serve as global co-heads of partnerships, and both of whom arrived at Triller from TikTok. And in November, Proxima hired Universal Music Group‘s SVP of new digital business and innovation, Tuhin Roy, to serve as Triller’s president of business operations, according to Billboard.

Triller has raised roughly $37.5 million in funding to date from the likes of Pegasus Tech Ventures, Carnegie Technologies, and more.