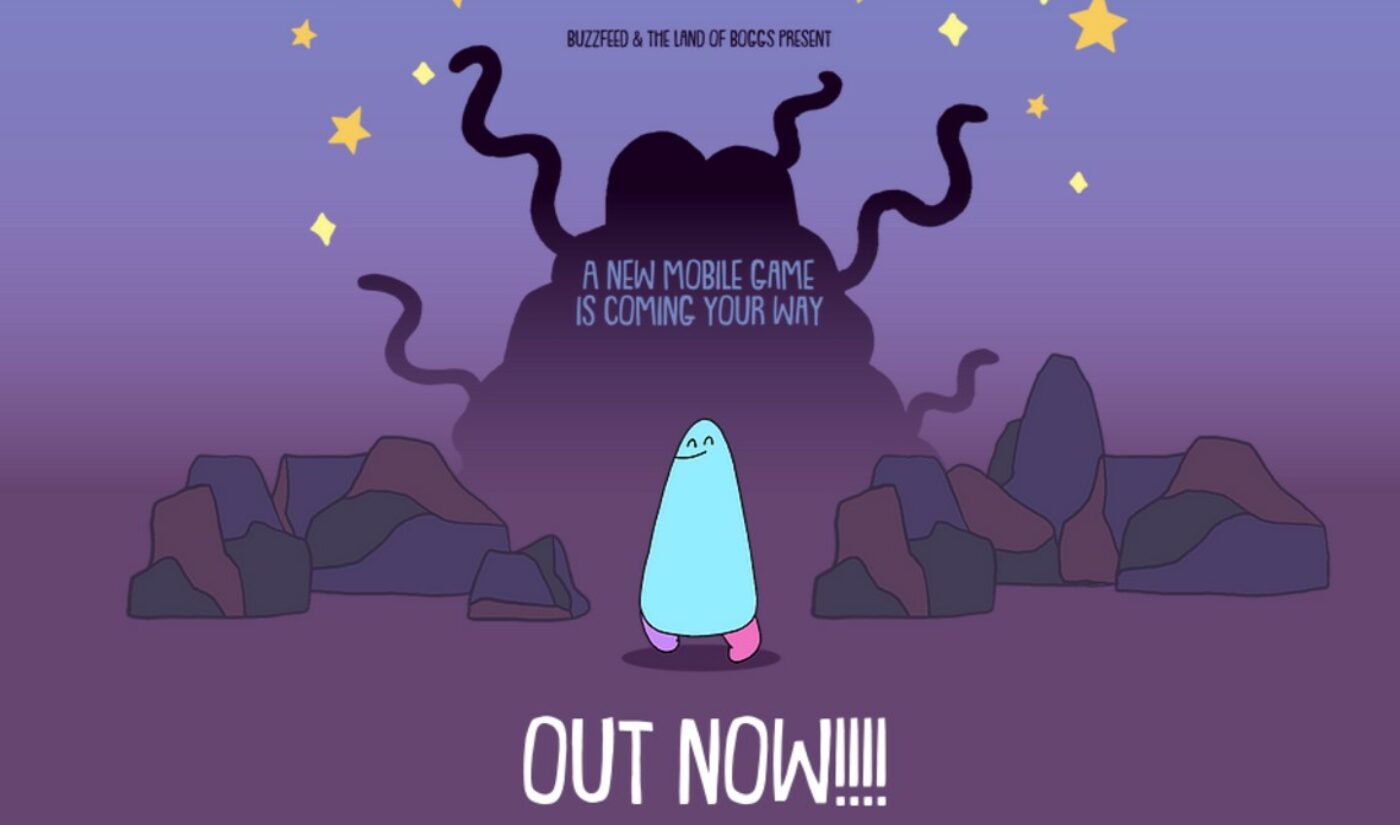 Viral publisher BuzzFeed has diversified its portfolio far beyond the digital content sphere — into Tasty-branded kitchen utensils, for instance, or the IRL event franchise Internet Live — an influencer-studded variety show of sorts.

And now, the company has launched its first-ever mobile game. Run Boggo Run hails from BuzzFeed Animation Studio — and drops today on both iOS and Android. The game was inspired by BuzzFeed’s hit animated series, The Land Of Boggs, which counts 1.1 million followers on Instagram and follows a society of strange, colorful creatures of all shapes and sizes who love hard and puke rainbows, BuzzFeed says.

BuzzFeed describes the accompanying game, priced at $1, as a wholesome spin on the endless runner genre — and a quirky commentary on the importance of mental health preservation amid a trying year.

In the game, viewers play as Boggo and her best friend, Boe, as they run through the so-called Valley Of Despair and seek to dodge Anxiety Gremlins in a bid to collect self-care tokens and defeat the Stress Monster — a metaphor for the monstrosity that was 2020, BuzzFeed says. The game also serves to signal the importance of leaning on friends to get through tough times, as players are able to combat the aforementioned villains with calming bath bombs while collecting self-care tokens.

You can check out the trailer for Run Boggo Run right here:

A post shared by The Land Of Boggs (@thelandofboggs)