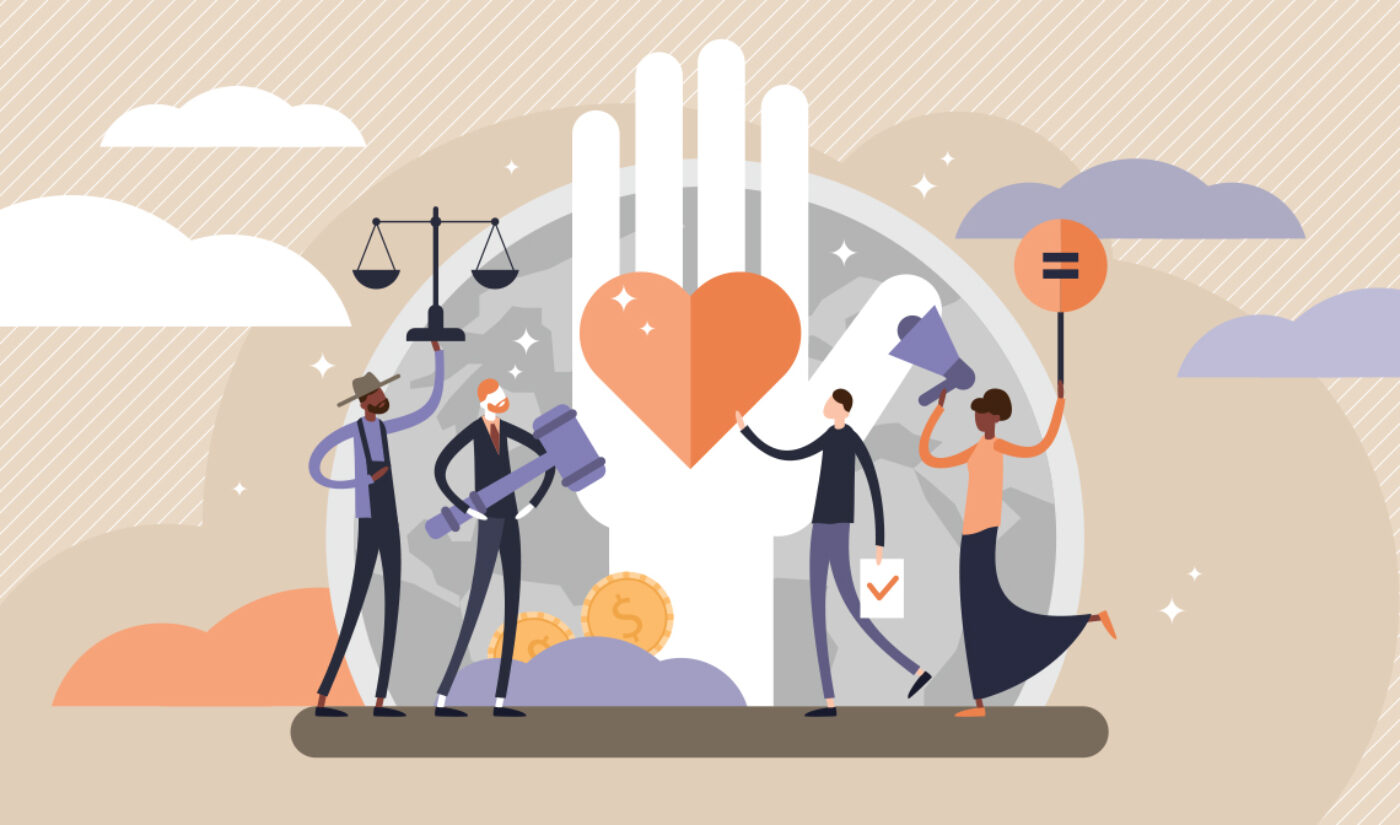 Even before Satan and 2020 fell in love, so many brands knew they were in for one hell of a decade. For the past several years, pressure had been building on companies to take some kind of stand on social issues. Survey after survey, millennials couldn’t have been clearer: take meaningful positions on the topics they care about most–or find yourself in consumer purgatory.

Many businesses were born with social justice in their DNA. Chobani stood strong for refugee rights, REI and Patagonia were champions of the environment. Then Dick’s Sporting Goods stopped selling guns, and Nike doubled down on its support of Colin Kaepernick’s crusade against police brutality in 2018.

That was all before the coronavirus sent millions of us into isolated work-from-home situations—and millions more essential workers to the front lines. And that was all before the killings of Breonna Taylor in March and George Floyd in May unleashed a century of anguish into the streets in the form of protests and civil unrest.

Nobody needs another thought piece on how brands can’t hide anymore. Everyone’s written that over and over, me included. The problem? How does, say, a productivity platform like Slack take a stand on racial justice? How does a soap brand move the needle on gender equality? What’s a deodorant supposed to do about immigration?

This was the topic of a fascinating panel I moderated at last week’s virtual madconNYC. Joining me in a discussion called Stand For Something…Or Sit Down And Fade Away were four leaders with senior roles at companies that in some cases may not seem like a natural hotbed of social justice reform. But I emerged from the talk with six solid takeaways on not only what sort of work needs to be done (spoiler: a lot) but how to do it—and who needs to take the lead.

Here’s what they had to say.

Stop me if you’ve heard this one before. As much as this has become a mantra in recent years, it bears repeating over and over. It is, in fact, core to what Dillon thinks about all the time at Penguin Random House. “We exist because we believe books really do have a unique power to change us,” she said. They help build empathy, she added. They connect us. And with that comes responsibility.

“We have to make sure that in the stories we publish, our readers can see themselves reflected. We have to publish books for the diverse world we live in,” she said. “Not just bestsellers and franchise authors.”

Still, Dillon–a 16-year veteran at the world’s largest publisher–conceded that the publishing industry is “not diverse at all.”

“We have a responsibility to propel the entire industry forward,” she said. “That means not just who we hire, who has a seat at the table, but who we publish and what type of readers we’re reaching.”

This simple observation about representation is the core mission of SeeHer, a group that exists to boost the accurate portrayal of women and girls in marketing, media, and entertainment. “Media defines culture, and vice versa,” said SeeHer’s Karp McHugh. “Everything out there is messaging that’s going to create bias or correct bias.”

2. That said, don’t name and shame

It’s tempting to point fingers–I’ve done it so many times myself–at the people who are doing it “wrong,” the brands that don’t make the diversity cut, the tone-deaf creative (and there’s a lot of it). Don’t do this.

“We’re all about celebrating and learning, never name or shame anyone,” said Karp McHugh. “That’s not really the way to drive change or get people to hear you.”

SeeHer uses its platform to urge media companies to showcase more stories about women. The nonprofit collective works with the Critics’ Choice Awards to recognize women who “push boundaries on changing stereotypes and acknowledge the importance of authentic portrayals of women across the entertainment landscape.” This year’s winner: Kristen Bell.

At Vice Media Group, a company that has at times in its past been too aptly named, Auger-Dominguez points to Climate Uprise, a project that highlights young environmental leaders around the world who are affecting real change. It celebrates the “people who are doing something about it,” she said. “That is what I believe brands can do.”

3. But go beyond virtue-signaling

Earlier this year my agency, Known, conducted a large study called The Human Condition that uncovered some fascinating insights on how individuals—and brands—have been effectively traumatized by the coronavirus pandemic at a much deeper level than anyone fully realized. There is, above all, a call for “compassionate action” over “virtue-signaling.” No one wants to hear another brand offer up an empty pablum like “We’re here for you.” People want brands to make a meaningful difference in their lives. Actions, as ever, speak louder than bullshit.

Karp McHugh offered up Procter & Gamble as a company that not only talks the talk but produced the brilliant award-winning campaign “The Talk.” Part of the consumer giant’s My Black is Beautiful platform, “The Talk” and subsequent spots depicts generation after generation of Black parents giving their kids “the talk” about systemic racism. It was bold and it was groundbreaking, and it was hardly something the purveyor of Tide and Tampax was expected to tackle.

P&G was also behind the Like a Girl campaign for Always, which leaned into gender equality. Both campaigns were not without controversy, and both products lost a few customers. But by taking a stand, P&G was able to make a mark on culture (“The Talk” won an Emmy and spawned a themed episode of Black-ish) and to influence sentiment. And, to be sure, move product.

4. Build the pipelines yourself…

You hear it in media-land all the time. There is a lack of diversity in our ranks because, they say, “The pipelines don’t exist to get diverse talent in the doors.” The problem with that argument is that it doesn’t address who is responsible for putting those pipes in to begin with.

“For too long we expected those closest to the hurt and the trauma—those whose voices we silence and marginalize—to do the work. To soothe, placate and solve everything,” said Auger-Dominguez. “If you want to make a real change in your brands, in your organizations, you need to be willing to examine and confront your deep-seated beliefs and unconscious habits. That includes the capacity to interpret new information, sit in ambiguity, conflict, and discomfort.”

At Slack, the company has launched a philanthropic arm called Slack for Good with a “very specific scope…to increase the representation of underrepresented people in the tech industry,” said Atkins.

This ethos is core to the Slack proposition, which is not necessarily something you’d expect from a software utility. Slack for Good’s Next Chapter program helps train formerly incarcerated people to be qualified for skilled engineering jobs.

“We believe the technology industry has a chance to design new pathways to skilled high paying jobs that can create a better future for people not only leaving prison, but for their communities,” said Atkins, paraphrasing Slack CEO Stewart Butterfield.

5. …which requires clarity and simplicity

That’s not to say brands should aim to solve all of the world’s problems at once. Pick your battles. At Slack, if the goal is to increase representation of people in the tech industry, that’s where the focus should remain.

“Having a clear objective helps us make the difference on that one thing,” said Atkins.

To that end, brands need to recognize where the strengths of their platform lie and where their megaphone is loudest. “You have to act on what you learn and what you are uniquely positioned to do in this world and then do it,” added Auger-Dominguez.

On June 19 of this year—Jueneteeth—BET launched a $25 million initiative called Content for Change to support the creation, distribution, and marketing of content designed to counteract prevalent racist narratives and systemic racism. It is billed as a research-based approach to understand what specific content is useful in combating stereotypes and internalized racism. It’s an attempt to quantify how content can actually have an impact on behavior and beliefs.

“What I really like about this is that BET is a brand that speaks to a global Black audience,” said Penguin Random House’s Dillon. “It just goes to show that, even if you’re a brand that’s for the people, the work is never done.” 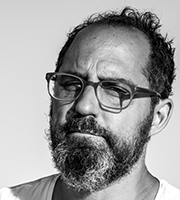 Emmy and Peabody award-winning marketing and business innovation leader Ross Martin is President of Known, a modern marketing company that uses science, strategy, and creative to help their clients achieve their goals. Ross is also the founder of venture capital fund Lunch Partners, an early-stage private investment vehicle for some of the world’s most powerful CMOs. He cohosts the weekly national podcast on business, culture and technology, Think About This, on the Westwood Podcast Network, featured on Apple Music, Google Podcasts, and Spotify.