FaZe Clan Tunes In With Beats For Limited-Edition Headphones, Dropping On NTWRK App 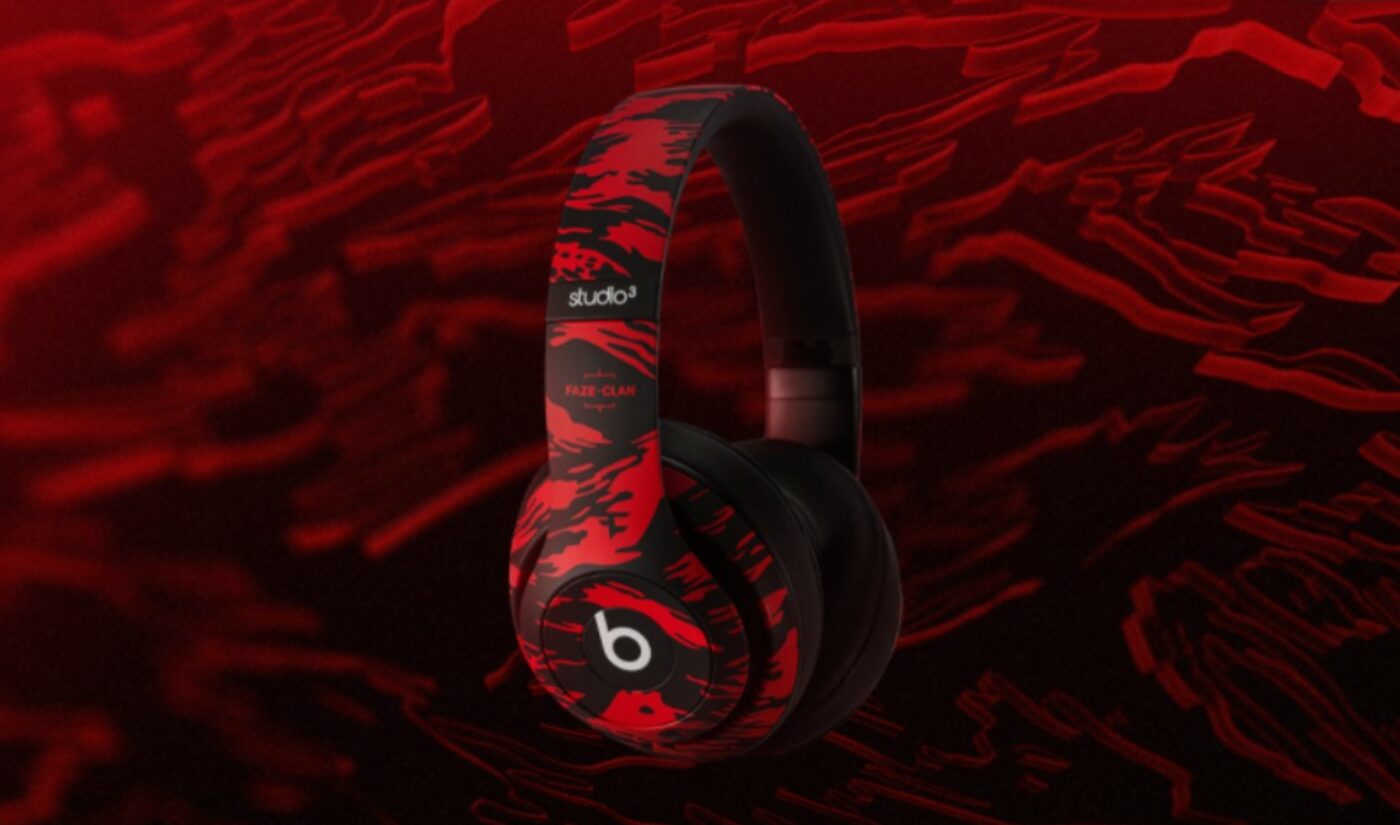 Gaming org FaZe Clan has hooked up with Apple-owned headphones brand Beats By  Dre for a limited-edition headphone set that’s officially dropping tomorrow — though only for FaZe’s biggest fans.

The Studio3 Wireless headphones, priced at $350, feature FaZe’s signature red tiger camo skin, and are sold with a co-branded hard shell case. The over-ear headphones feature noise cancelling technology and 22-hour battery life, according to FaZe. Only 500 headsets have been created, and from Nov. 30 to Dec. 1, FaZe fans are being invited to enter a lottery to purchase a pair on NTWRK — an ecommerce app startup that vends limited-edition product drops targeting Gen Z and millennial consumers, and which led FaZe’s latest funding round in April.

As part of that round (for which financial specifics were not announced), NTWRK obtained the exclusive, global, direct-to-consumer product rights for all future FaZe Clan product launches, with FaZe Clan’s existing apparel and merch products being integrated into the NTWRK platform. There’s also some symmetry afoot, as NTWRK was founded by Jaime Iovine, whose father, Jimmy Iovine, is the founder of Beats. (Jimmy Iovine is also an investor in NTWRK).

The winners of the headphone lottery will be revealed on the NTWRK app — which also features a live video component to build hype around releases — tomorrow at 9 pm ET.

“FaZe partnering with Beats has been a super meaningful moment for gaming and music culture,” newly-recruited FaZe member Kristopher ‘FaZe Swagg’ Lamberson said in a statement. “We’ve created so much cool content together but now that we’re teaming up on a product release…our fans are going to go wild.”

The headphones were previously teased in Crimson — FaZe’s first horror feature film starring Brian ‘FaZe Rug’ Awadis. And ten pairs were previously dispersed to fans who won digital scavenger hunts across different FaZe accounts across Twitter, Instagram, and YouTube. The Studio3 Wireless drop is the first product to arrive amid FaZe’s overarching partnership with Beats, which kicked off in May in honor of the esports collective’s tenth anniversary.