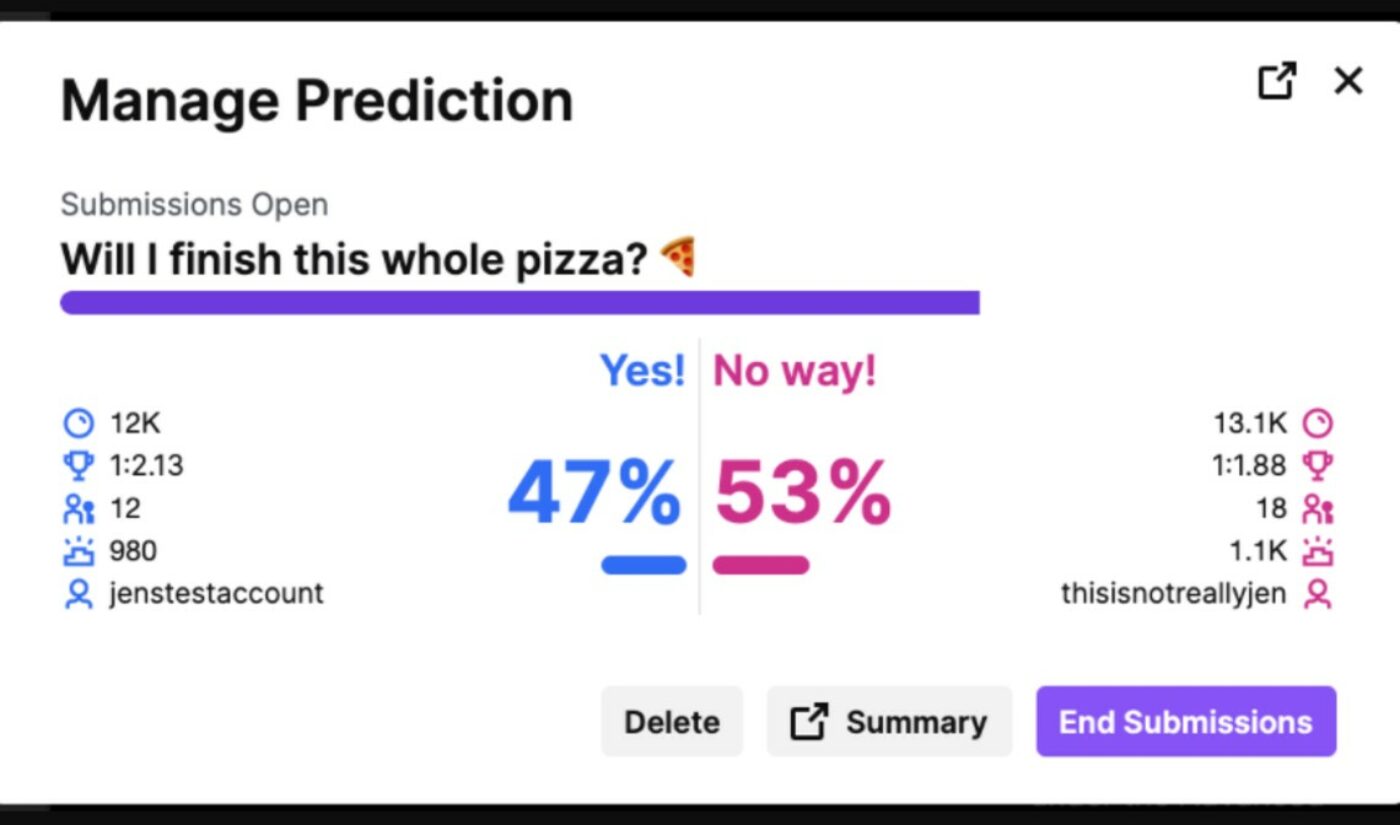 Ahead of GlitchCon this weekend, Twitch has launched a new engagement feature dubbed Predictions.

Predictions enable viewers to bet on various outcomes during a stream — such as, for instance, whether or not a creator might nab her first win. Viewers are able to wager Channel Points to hedge their bets on a specific outcome, and those who guess the correct outcome will win a proportionate share of Channel Points from the total pool, according to Twitch.

Channel Points have long been available on the platform — though they don’t carry any monetary value. Instead, they can be used by viewers to unlock rewards set by streamers, such as ‘choose the next channel I host’ or ‘make me dance on stream’. Channel Points are available to all Twitch partners and affiliates, and viewers can accumulate them through various interactions with these channels, including watching, following, and participating in Raids.

Twitch says it conceived Predictions in response to user feedback, and following the success of Polls. Predictions are currently available to roughly 50% of partner and affiliate channels, with a wide release slated for year’s end.