Counterfeit Merch Is A Big Problem For Creators, And It’s Even Worse Than You Think. 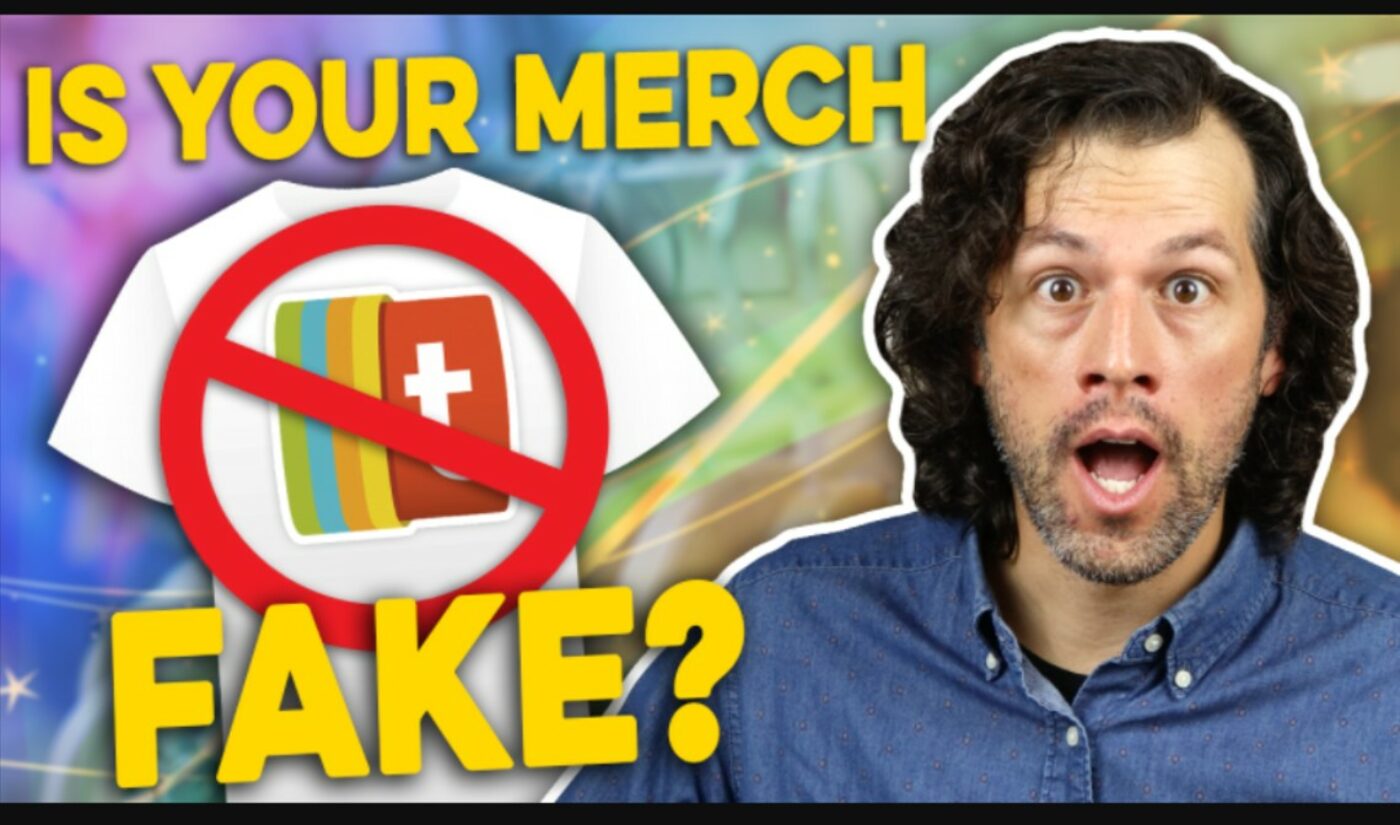 Merchandise is a key revenue stream for digital creators — made all the more crucial today as the ongoing coronavirus pandemic has put a halt to IRL gatherings and performances, and while video ad rates have been ebbing and flowing. However, in what may just be one of the biggest problems for creators you’ve never heard of, countless online video professionals are seeing their merch businesses pilfered by rampant counterfeiting.

The artist Ross Tran, for instance says that merch comprises 30% to 40% of his total income. When counterfeit backpacks and other items touting his artwork started showing up in the Philippines and other foreign locales, it was flattering but also somewhat alarming. Luckily, Tran said, his fanbase does its best to report counterfeits whenever they pop up.

Vy Qwaint and Chad Wild Clay, too — the hosts of a kid-friendly, spy-themed YouTube series that nabs a staggering 300 to 400 million monthly views — say that counterfeiters are currently selling 3,500 individual unlicensed Spy Ninja products. They guess that out of every 20 branded products of theirs that’s sold, 19 are fake.

And they aren’t alone. The comedian and commentator Eddy Burback said that when he posted a teaser for the latest launch from his Yikes-branded merch on Twitter, it had been plagiarized and put up for sale by counterfeiters in just 20 minutes. The situation is so dire, Burback says, that in Google search results, fans must navigate to the second page in order to unearth his official ecommerce site. And in addition to the damages he’s incurring in terms of revenues and brand reputation, Burback tells Tubefilter he’s concerned about identity theft with respect to fans making credit card purchases from unauthorized sellers.

Burback isn’t wrong to be concerned, too. Counterfeiting is estimated to be a $500 billion industry annually, according to the United Nations Interregional Crime And Justice Research Institute, and the groups behind these activities can even be linked to far more serious crimes, including human trafficking, drug smuggling, and terrorism.

According to Mary Kernohan, an executive at brand protection firm Snapdragon, the best way for creators to protect themselves from stolen merch is to register a trademark — including both your name in word form as well as in figurative logo form. Kernohan also notes that fake merch tends to flare up when creators aren’t offering official merch of their own, and suggests that, whenever possible, creators come out with products that aren’t easily replicable, like toys, beauty products, or coffee.

You can check out more tips in our latest episode of Creator News right here and in the embed above.