The Latest Influencer Hotspot Is An Abandoned California Ghost Town 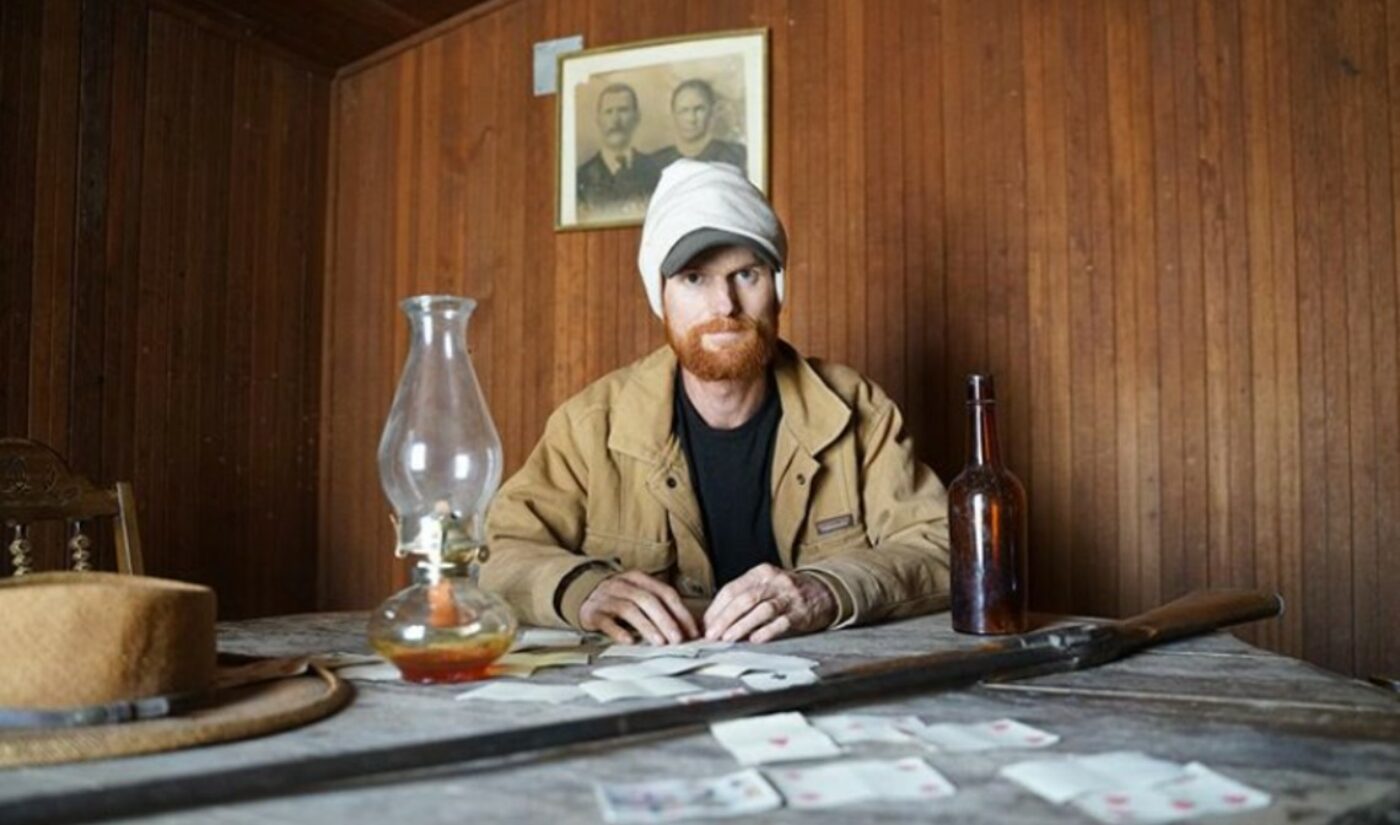 Having exited a career in investment banking, Underwood had subsequently pursued myriad business ventures, including co-founding the marketing agency Brass Check — which works with self-help authors like Neil Strauss, Tony Robbins, Tim Ferriss, and Ryan Holiday — as well as overseeing DailyStoic.com, a website and online shop dedicated to the philosophical sect. But his true passion lied in the hospitality industry — one he honed launching an illegal backpacker hostel in Brooklyn, and then an on-the-books ventured called HK Austin: a co-living and co-working space housed within a Victorian mansion dating back to the 1890s.

Underwood’s latest venture marks a culmination of these passions, combined with his romanticism of the wild, wild west: to restore the ghost town of Cerro Gordo — which was once California’s top silver producer, roughly three hours away from Los Angeles — and turn it into a quirky tourist destination.

Thus far, amid the coronavirus pandemic, it’s been a process filled with both unexpected twists and devastating lows — one that saw Underwood getting trapped in town due to unseasonal snowstorms, and then battling a bout of appendicitis. In June, the ultimate tragedy struck, when a fire — whose cause remains unknown — burned to the ground Cerro Gordo’s flagship building, The American Hotel. In a strange coincidence, the fire occurred on June 15 — 149 years to the day that the town’s main hotel first opened its doors in 1871.

Despite putting an abrupt end to Underwood’s restoration of the property, all of these detours have served to school him in the art of social media — and have turned him into an unlikely online video phenomenon.

A visit from Sam & Colby

When the pandemic hit, Underwood — who hails from Florida but was residing in Texas — promptly departed his home in Austin to take up residence at Cerro Gordo so that the town’s property manager, Robert Louis Desmarais, could quarantine with his family. A trip he envisioned would last a few weeks has turned into an indefinite stay. And so, to keep busy on the mountain, Underwood started vlogging on a nascent YouTube channel called Ghost Town Living.

Given the internet’s fascination with ghost towns — a sentiment likely amplified by the coronavirus pandemic, amid increasingly romanticized notions of complete isolation — Underwood’s channel began to attract a following, he said.

“As the months passed, [top horror and true crime investigation YouTubers] Sam & Colby (4.6 million subscribers) asked if they could come up and film a video here with their friends, Jake Webber and Cory Scherer,” Underwood recounts. This marked something of a turning point, he says, as Sam & Colby posted a total of four videos about the trip, including a full-length feature film titled The Lost Treasure Of Cerro Gordo (below). All told, Sam & Colby’s Cerro Gordo-related content has garnered 6.9 million views.

“Those guys are all awesome and really helped promote the town and my channel to their fans,” Underwood says. “When they were here, they asked why I wasn’t on TikTok. They encouraged me to start, so I posted my first TikTok the day after they left. Four and a half months later, 1.7 million people follow along there. It’s wild. The attention there has translated back to YouTube a bit, and the videos there have seen a lift too.”

Today, Underwood’s vlogs — chronicling tours around town, his day-to-day lifestyle, and spooky explorations in abandoned mines — have amassed 476,000 YouTube subscribers and roughly 4 million monthly views. His TikTok hub features much of the same content, though in snackier formats — such as Getting Supplies In Ghost Town — and has amassed over 1.7 million followers at 15 million collective likes.

Despite this encouraging growth, Underwood’s output remains slow and steady due to the fact that he’s handling filming and editing on his own, and must travel to a neighboring town 30 minutes away to access the internet.

“Some come up to get in front of cameras, others come to escape cameras”

Hosting influencers wasn’t part of Underwood’s initial business strategy for Cerro Gordo, but Sam & Colby, it turns out, were just the tip of the iceberg. As Underwood’s own social presence blossomed, more top creators came up to the mountain to shoot videos, including FaZe Jarvis, FaZe Kay (see below), FaZe Teeqo, and RiceGum. Underwood has also welcomed traditional celebrities, including rappers G-Eazy and Ghostemane, as well as the actor Jeff Goldblum — who filmed an episode of his science and history-focused The World According To Jeff Goldblum docuseries on Disney+.

The town isn’t open to the public, given the pandemic and lack of accommodations in the wake of the fires, so Underwood is welcoming adventure-seeking influencers free of charge to help build buzz for the property on social media. And also, Underwood says, just to have fun.

“Some come up to get in front of cameras, others come to escape cameras,” Underwood says — with expeditions typically involving the exploration of old buildings and abandoned mines, as well as hiking, riding UTVs and dirtbikes around town, clay pigeon shooting, and grilling food and sipping whiskey under the stars.

As for who’s on his influencer visitor wishlist? “I’d love to get Casey Neistat up here,” Underwood says. “I think he makes great videos, period. Not just good videos for YouTube, if that makes sense. I take a week to barely hack together a video. He cuts together masterpieces everyday.”

Social media has also enabled Underwood to garner support to rebuild the dilapidated American Hotel. Thus far, a GoFundMe campaign to bring the hotel back to a version of its glory days, has raised $75,000 of a $500,000 goal.