On The Podcast: Shopify’s Collab With TikTok Is The Start Of Something Interesting For Creator Commerce 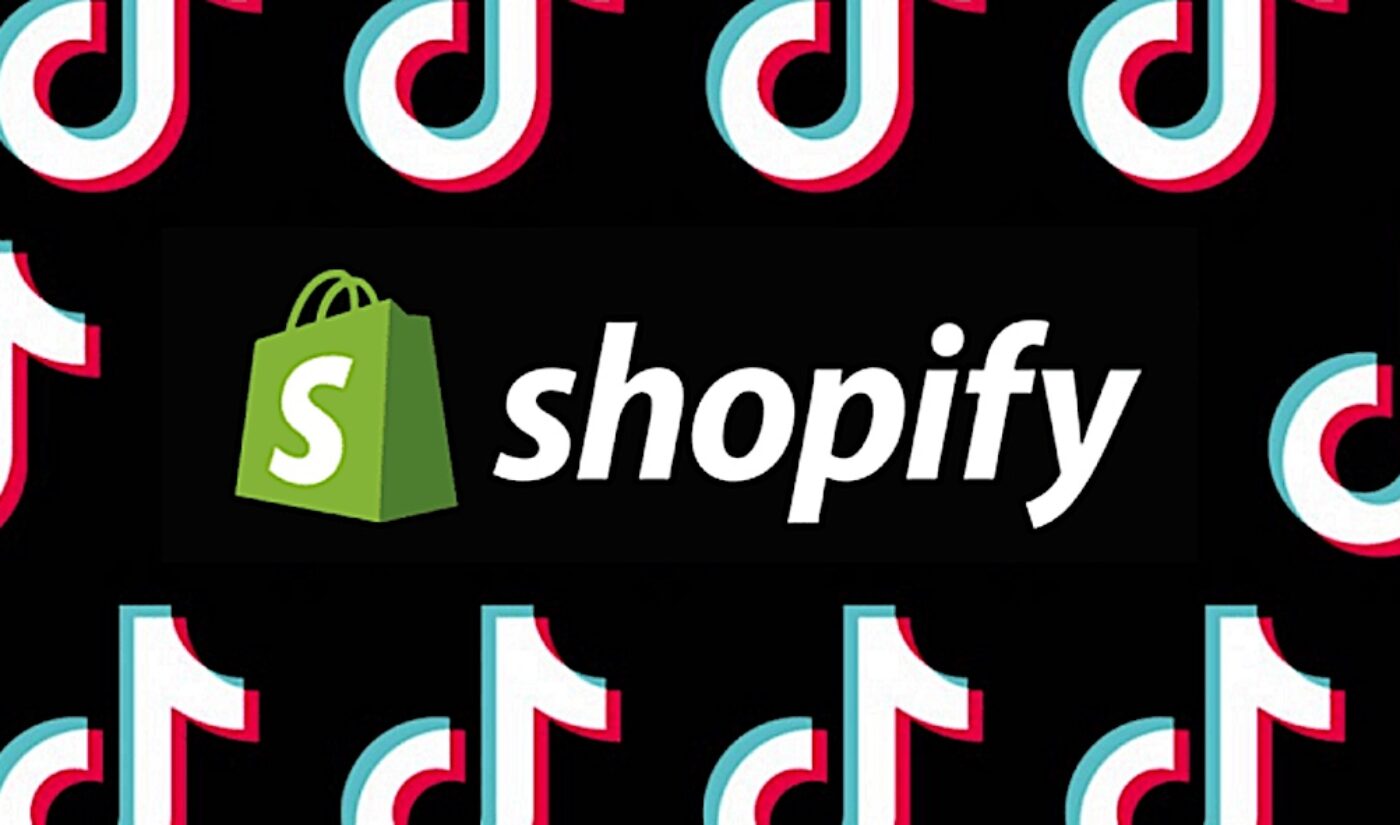 Late last year, Shopify co-founder and CEO Tobi Lutke used an analogy to describe the strategy of his proprietary e-commerce platform for online stores and retail point-of-sale systems. It resonated with nearly everyone who heard it because it had to do with Star Wars.

Amazon is the Galactic Empire. It’s massive userbase and incredibly efficient supply chain has afforded it the ability to consolidate power and control of online commerce in the United States. Estimates range the $1.5+ trillion company commands anywhere from 37.7% to 50% of domestic online sales. This massive scale has also created an internal network that’s effectively commoditized suppliers. There’s now little to no differentiation for consumers from which Amazon page they purchase a product. It’s all ostensibly the same thing.

Shopify, on the other hand, is “arming the rebels.”

Lutke says he “wants lots of people to go and compete with Amazon,” and he gives them the ability to do so by making it stupid simple for nearly anyone to become an online merchant and vend their wares in an increasing variety of ways. It’s been working, too. Shopify has well over a million merchants on the platform who generated $30.9 billion in gross sales in Q3 2020 alone.

If Amazon is concentrated commerce, Shopify is commerce diffused. And with that in mind, Lutke just gave the rebels another tool to maintain their independence.

Shopify last week announced a partnership with TikTok that will enable small business owners to create, manage, and measure their TikTok ad campaigns natively within the Shopify platform.

To be clear, this phase of the collaboration solely involves the creation and dissemination of video ads for Shopify stores on TikTok, and then easy tracking for any goods sold through said spots. But it’s clear to see where this is going. Future product offerings could likely offer creators the ability to sell their own products (like everything you saw in whatever video you just watched) directly from the platform, making virtually any TikTok profile an e-commerce storefront.

Also to be clear, YouTube’s more or less trying this same thing and the platform’s merch shelf has been a boon to some creators for over a year. But the integration has felt clunky, like a video site adding in a merchandising component 14 years after launch. Facebook and Instagram integrate with Shopify, too, but that’s mostly for static images. TikTok has a LOT of engaging video and not a lot of legacy infrastructure with which new products need to compete. There’s a chance here to make the shopping experience more integrated and core to the user experience.

We talk about all this and more in our latest installment of our still-kinda-new podcast, Planet Upload. Subscribe to Planet Upload on Apple Podcasts, but we’re everywhere else, too. Just go to PlanetUploadPod.com. The episode where we talk all about all the above and more is also embedded below. I hope you dig it.